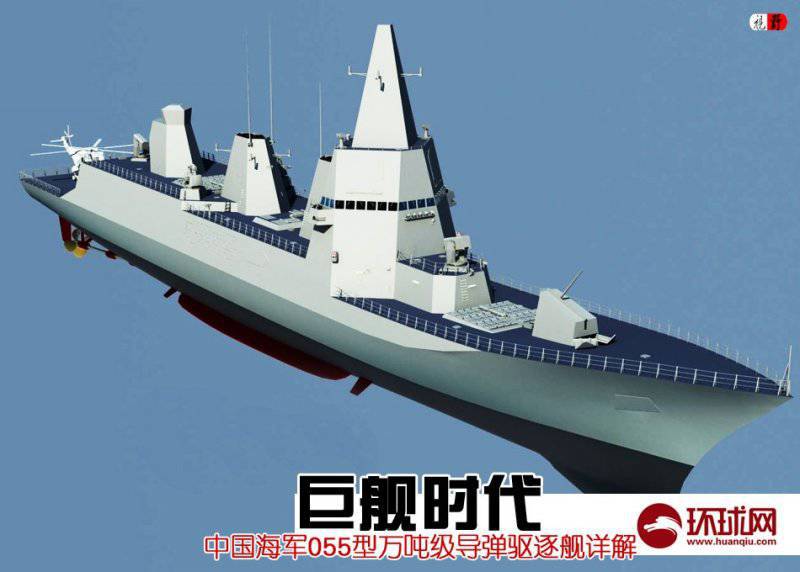 Since the end of last year, foreign military forums began discussing the development of large 12000 t missile destroyers in China, which are larger in size than the American Arly Burk-class EM, and will yield only to the promising DDG-1000, Chinese Internet resources report.


The destroyer is designated Type 055 and should complement Type 052. It is reported that the new EM is designed with the maximum use of stealth technology, a fully “electric power plant” and an open electronic architecture for the quick integration of new equipment and weapons. The main armament will consist of HHQ-26 missile defense systems (similar to the American SM-3) and cruise missiles to destroy ground targets, as well as a laser gun. The ship will be able to detect and track hundreds of targets at once. New destroyers will appear in Chinese navy with 2020 years.

Ctrl Enter
Noticed oshЫbku Highlight text and press. Ctrl + Enter
We are
In the US, work on the next-generation destroyer DDG-1000 Zumwalt is being completed.
Military Reviewin Yandex News
Military Reviewin Google News
86 comments
Information
Dear reader, to leave comments on the publication, you must to register.