12 September 2013
49
Presented at MAKS-2013 a full-size model of a manned transport spacecraft of a new generation (PTKK NP) is designed for a comfortable flight of four people with a large supply of food and water. 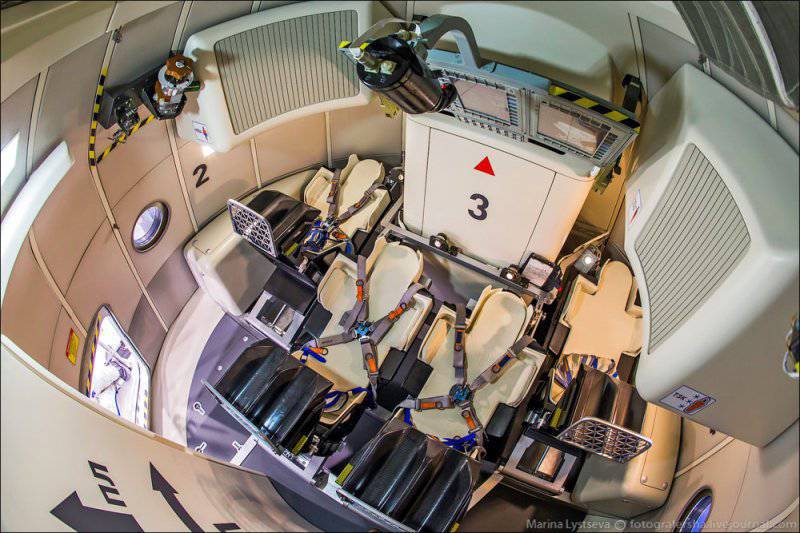 2. “It’s like a luxury ship designed to fly around the moon. There is another option equipped with six previous generation Kazbek lodgments: it will fly to the ISS. Thus, RSC Energia offers options for long-haul and short-term flights”, - says Vladimir Pirozhkov, President of the Center for Industrial Design and Innovations at the University of MISiS. 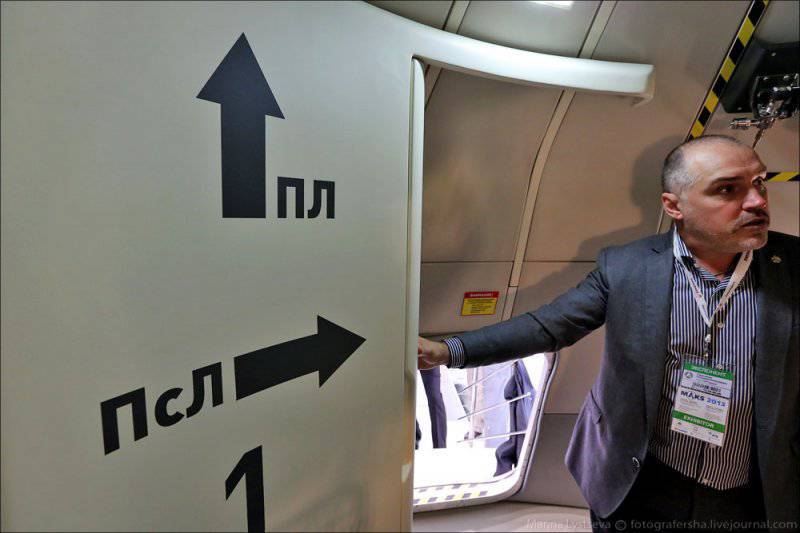 3. The new-generation manned transport spacecraft developed in Russia is equipped with a comfortable toilet, and NASA astronauts will have to use diapers during their flight on their new Orion spacecraft. 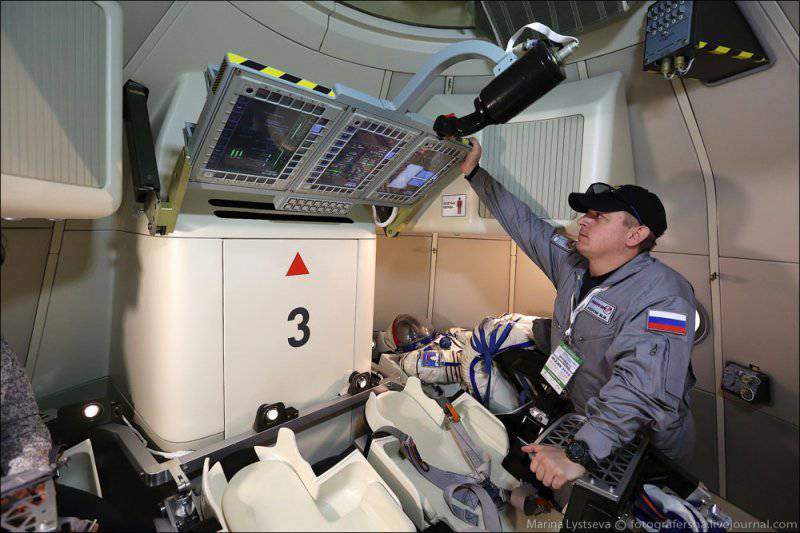 “The important point that distinguishes the new Russian spacecraft from the American one is the availability of the automated control system (sanitation device). Probably, there is no need to explain how comfortable it is to use the automatic control system than the diapers provided for the Orion astronauts.

4. The toilet will be hidden behind a curtain in the lower right corner. While there is empty, this is the layout. 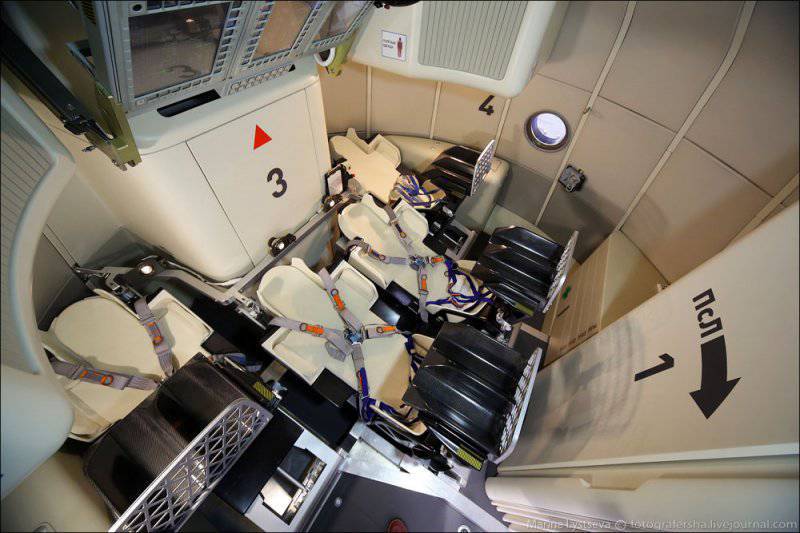 5. In addition, there are now a limited number of sanitary facilities on the Russian segment of the International Space Station (ISS), so the ship equipped with an additional “space toilet” will definitely not be superfluous. 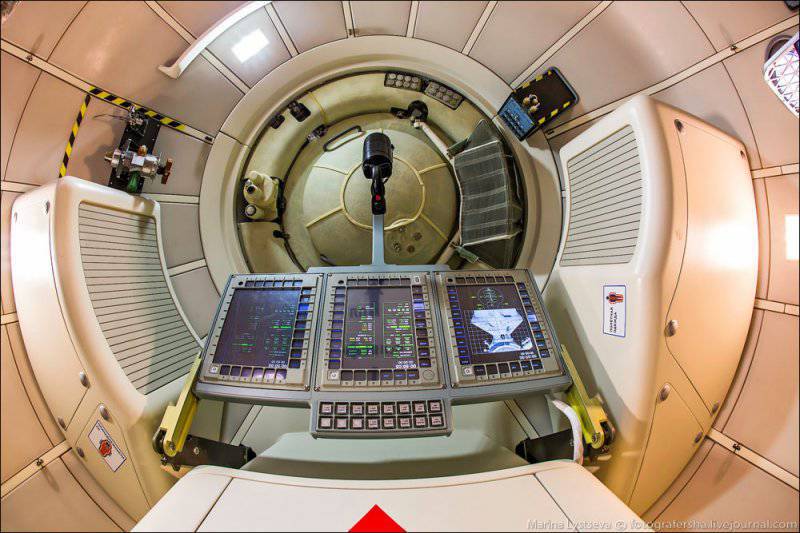 6. The new ship will allow astronauts to get up to their full height. This is an important difference from the Lockheed Martin that is being tested by NASA’s new American spacecraft Orion, in which the astronauts are forced to be in a half-bent state, which is completely uncomfortable. 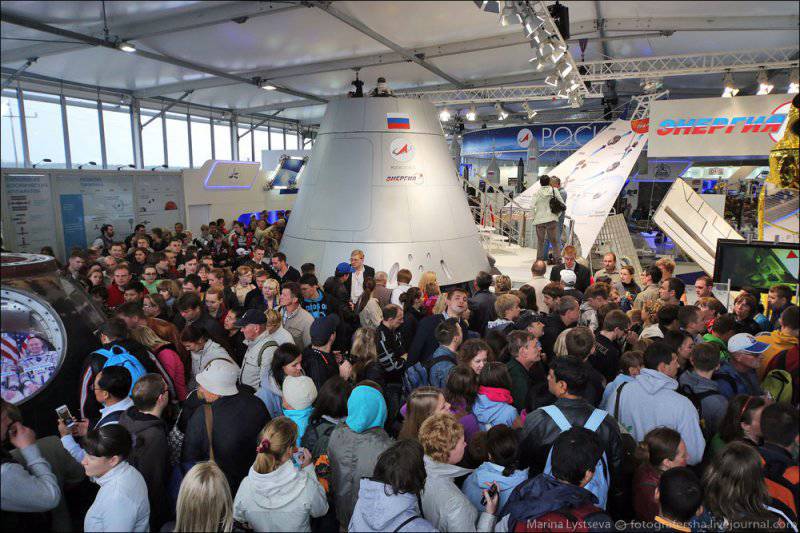 7. Both Orion and our ship have the shape of a truncated cone, but the American version is lower in height, so astronauts can only fly in it reclining. While working at the MAKS-2013 aerospace show, Lockheed Martin specialists examined the new Russian development and confirmed that it’s impossible to straighten up to the fullest extent in Orion. 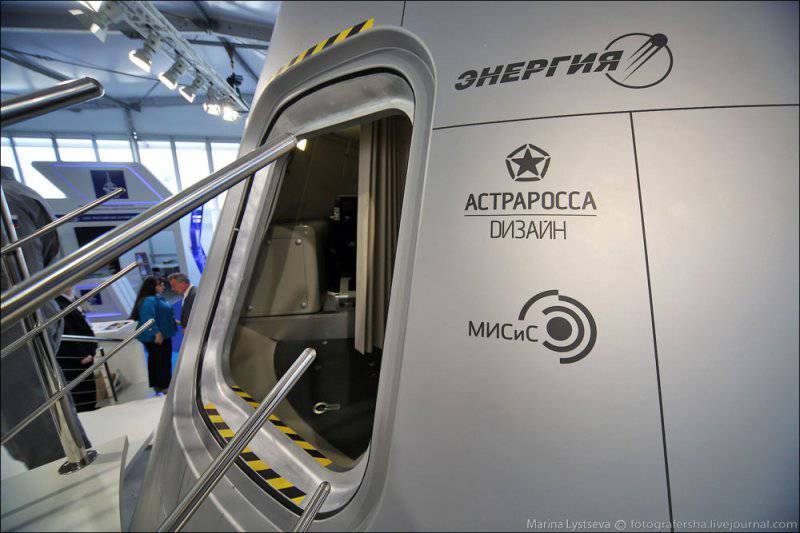 8. According to Pirozhkov, two main versions of the new spacecraft have now been developed.
The full-scale model of the PTKK NP is no longer a concept, but a practically ready ship, the first test launch of which in unmanned mode is scheduled to take place at 2017 - the beginning of 2018, and the manned one is closer to 2020. 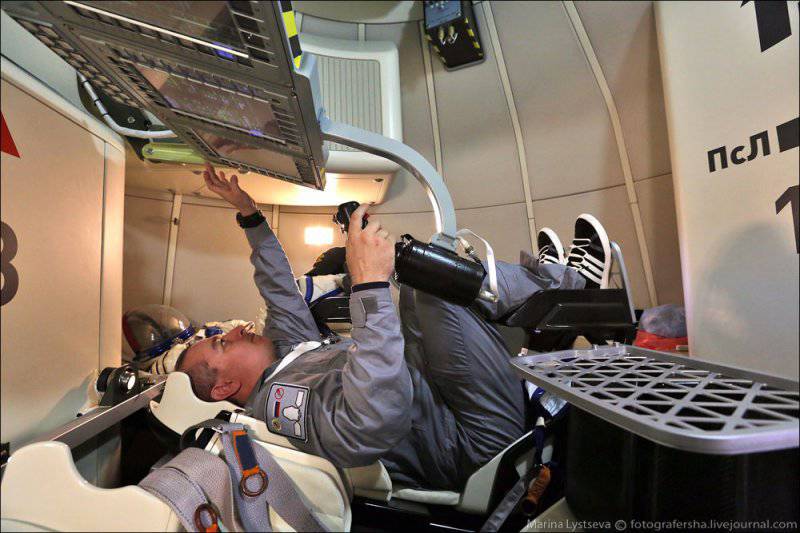 9. The ship of new generation is reusable, and is designed to carry out up to ten flights, both to the ISS and to the lunar orbit. The lead developer is RSC Energia with the participation of the MISiS University. 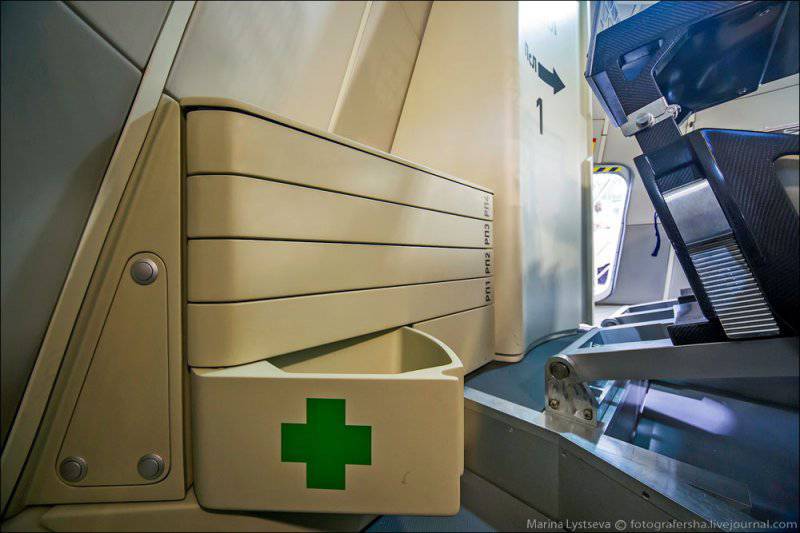 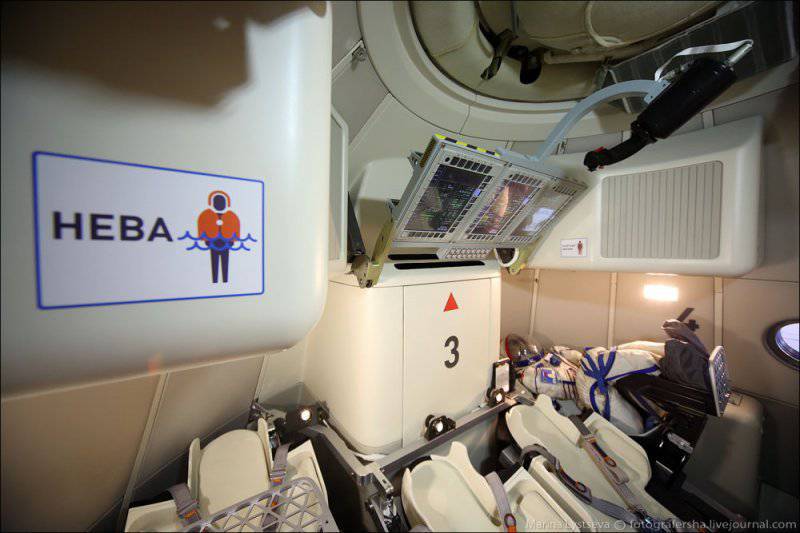 11. Foldable leg holder is adjustable with two buttons on the sides - simple and convenient. 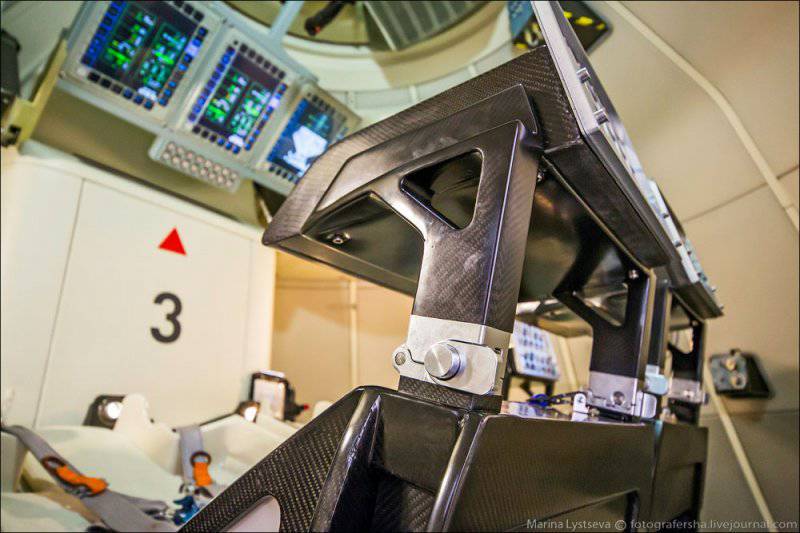 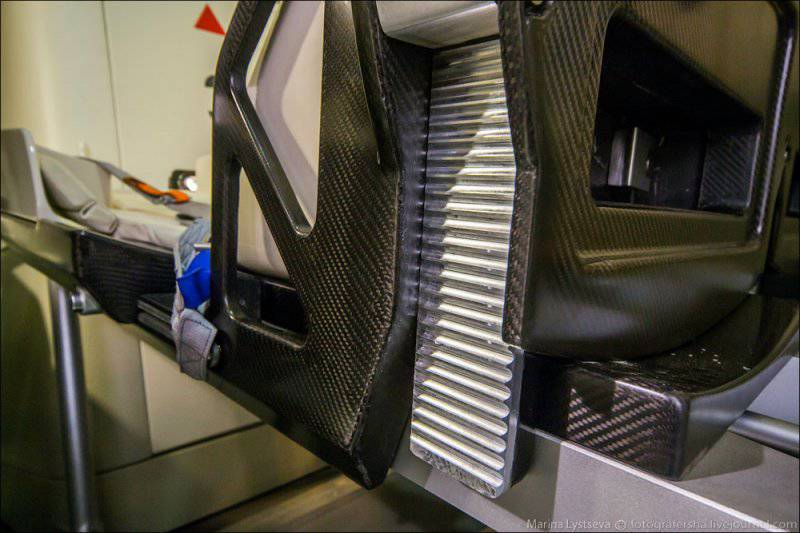 13. Fixture for a toilet. The special tank during the process will be covered with a dense noise insulation curtain. 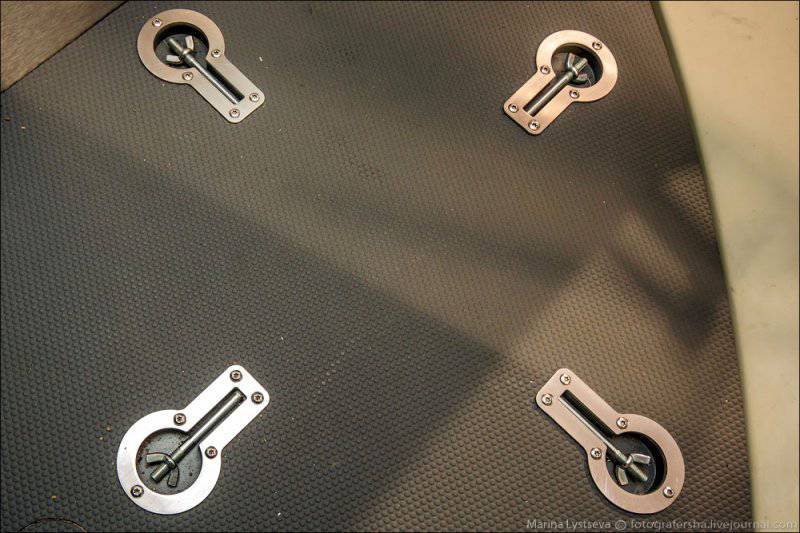 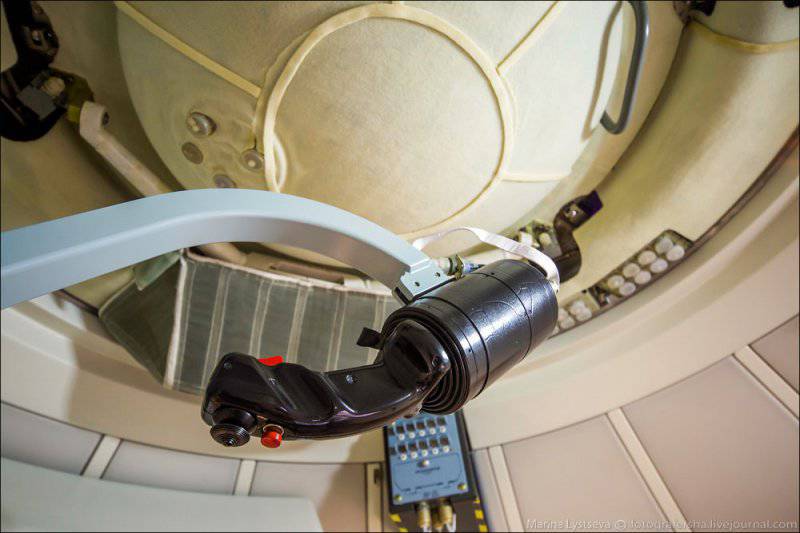 15. The Russian ship also received fundamentally new flight chairs made of carbon fiber. In this direction, the designer worked closely with the Moscow-based NPO Zvezda, a world-renowned developer and manufacturer of Kazbek lodgements and Sokol flight suits for the Soyuz spacecraft. 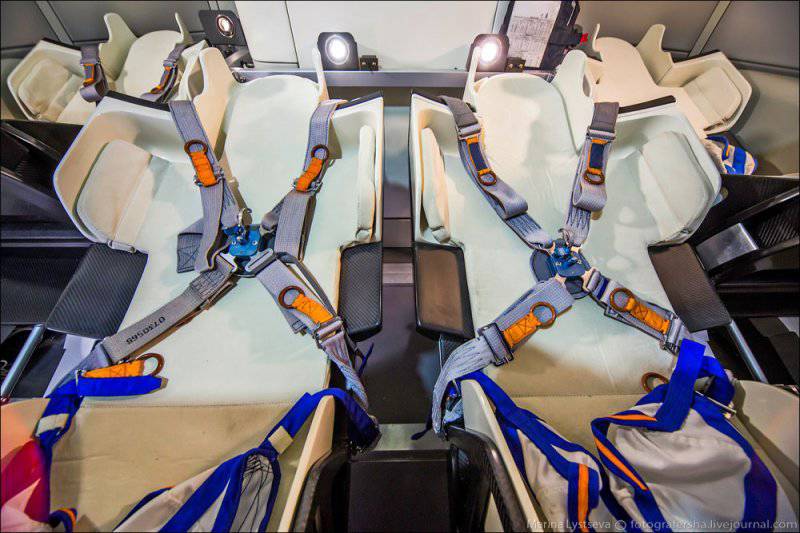 16. "Thanks to the use of composite materials, we were able to save on each seat from 15 to 20 kilograms of weight, as a result of which we can take an extra supply of water or food," says Pirozhkov. 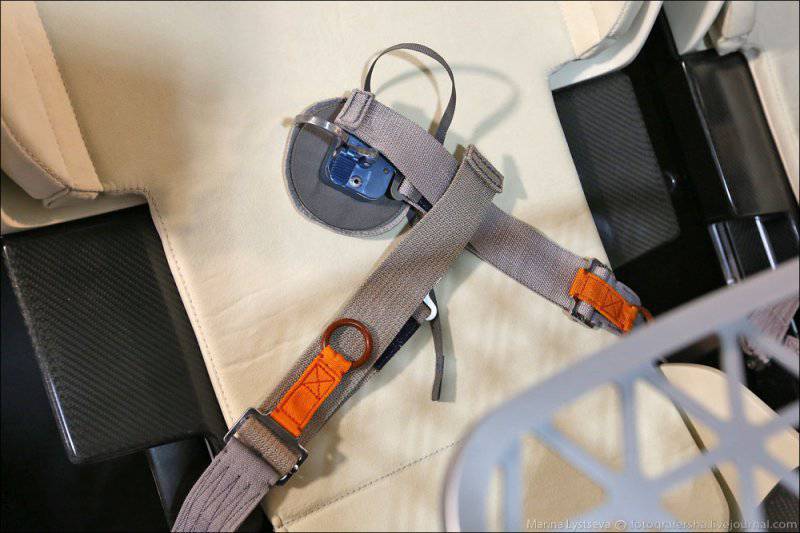 17. Unlike previous generation Kazbek lodgements, the new seats are designed for a person of any size, and are regulated in all anthropometric directions. The design of the chairs is such that the cradle, still made individually for each cosmonaut, is embedded inside their reusable body, which is very convenient. At the take-off stage, the astronauts in any case will have to be in flight suits, and after they are put into orbit, they can be removed. 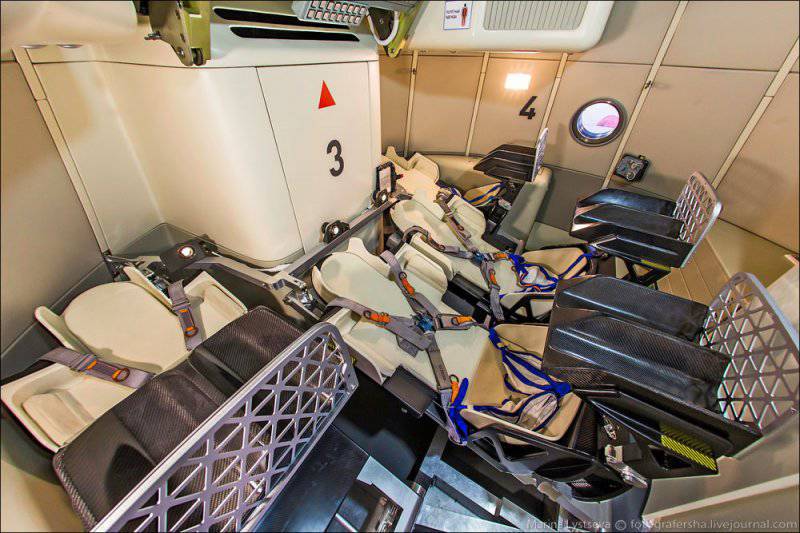 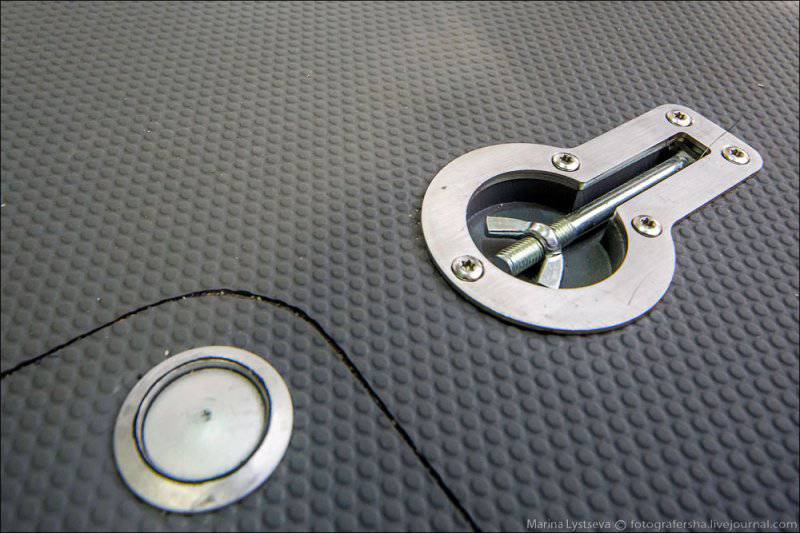 Ctrl Enter
Noticed oshЫbku Highlight text and press. Ctrl + Enter
We are
Innovation Day of the Southern Military District: Pictures from the ExhibitionDRY on MAX. The best
Military Reviewin Yandex News
Military Reviewin Google News
49 comments
Information
Dear reader, to leave comments on the publication, you must to register.