Well, did not wait?

12 September 2013
71
What to do when there are too many visitors from the East? Give up! Chief Rabbi of the British Commonwealth, Jonathan Sachs, leaving his post, criticized the policy of multiculturalism. “Multiculturalism is dead,” he said. Even before Sachs, the death of the "multi-stump" was recognized by Angela Merkel. And what was the idea of ​​the deceased? What did you want? Why did the flowers of evil bloom for the song “Blossom All Flowers”? 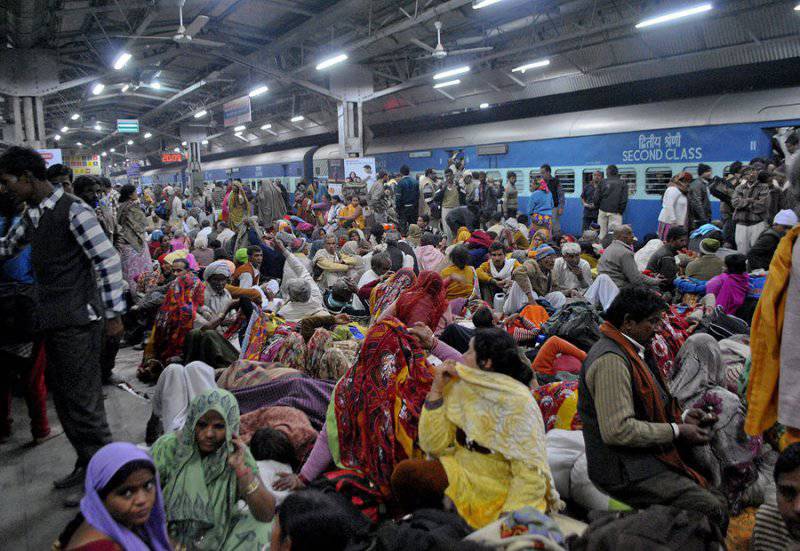 Europe first encountered such a massive influx of migrants from the East, from the former colonies, and politely, as it used to, said: “Welcome, feel at home!” “Hmm ... how at home?” The visitors asked ...
It reminds me of a hooligan children’s anecdote I’m laughing at at school. Little Johnny, being late for the lesson, rushes into the classroom and flushes onto his desk. The teacher made a comment: “Little Johnny, is it a shame? Get out of class right away and get in as your dad comes in! ”Good. Little Johnny went out. Hit. The door from the hinges: "Well, b ..., did not wait?"

The suburbs of Stockholm, London, Paris are burning. Pogroms, terrorist attacks, open violence. A British military is killed in broad daylight in London. In March, a school was found in the UK, in which no student speaks English. Well, did not wait? ..

And what were you waiting for?

The only law of the human psyche, in my opinion, is wishful thinking. Self-deception, that is. On this all miracles are built. Europe at the end of the 20th century, when a stream of immigrants poured into it, was a collection of mononational countries. There were no empires on its territory for a long time. Austria-Hungary was washed away by the First World War, and we remember badly its attempts to pursue a policy of multiculturalism. Other European countries were, as a rule, the states of one dominant nation. Well, yes, the Jews. But with the Jews ... I did not ask ... And the French themselves lived with the French, the British with the British.

Suddenly such an influx of former colonies and in general from the East. Europe has decided not to push: we will not force you to integrate by force, we will not condition the granting of citizenship with the knowledge of the state language, but simply open our arms. Speak as you want, on what you want, where you want. Learn how you want, what you want. Preach At the same time, “West” hoped that in some miraculous way the ground for integration would be found. Europe didn’t have any intelligible idea on what exactly this integration will take place. And the "East" spoke and studied. Preached Gave birth and raised terrorists. Without forgetting to receive benefits.

In the alien language, all these European actions meant one thing: you are weak. And what is weakness in the East? Correctly, the vice for which is punished. And politeness is a manifestation of weakness. The idea of ​​multiculturalism is the idea of ​​powerlessness. If you are offended and you do not give surrender, then you should not then pass off your weaknesses as a virtue. No one will believe. It ended with the fact that the Wahhabis built their education system. And for wearing in public places, for example, wearable crosses was banned. Islam felt that there is no master, and began to host.

And what was not expected?

And the Jews in the multi-stump was definitely not the place. Throughout its stories Jews resisted "multiculturalism", and it was this resistance that saved the Jewish people from extinction.

Multi-stump was doomed from the start. If the roles of Civilized and Wild are set in the drama, then it is clear in advance which scenario will be followed. Because politeness can be lost. But you can not lose the wildness. You can evade politeness, but you can not evade the fist directed at you.

I must say one more thing. Europe declared its policy and carried out extremely hypocritically. Despite the declaration, there was no love for visitors. Turning away, cursing, the Europeans still considered them second-rate people, and it was impossible to speak of any equal rights, for example, to work. In the same England, Albanians seized prostitution and illegal taxis, and did not let anyone in there. And the British would never let them go further than the prostitutes with a taxi. The Arabs staked out their trade in jewels, the Chinese - the restaurant business. Only isolation, opposition and expansion of Islam could have generated such European politeness.

The Americans, with their discordant idea of ​​a “melting pot”, which they thought, changed to a more accurate concept of “salad bowl” (in a melting pot they mix up, disappear forever, mix up in the salad and remain themselves) it is better. Apparently, because Americans are stronger. They have a common national idea of ​​individual freedoms - and the United States cooperates with any culture. By the way, if anyone knows, the American idea was invented ... correctly, the Jews. The term originated from the name of the play of Israel Zangville. The protagonist of the play Melting Pot, a young immigrant from Russia, looking from a ship arriving at the port of New York, exclaims: “America is the greatest melting pot created by Gd, in which all the nations of Europe are fused ... Germans and French , Irish and British, Jews and Russians. So the Lord creates a nation of Americans. ”

One cannot create something common on emptiness. And empty individualism, the cult of autonomy, understood as the ability of each to follow his preferences, is not the basis for creating this common.
Europeans offered nothing for integration. And their declarations, flavored with fear and hypocrisy, worked only for the complete isolation and expansion of Islam. They didn’t have their own soul. For Europeans, tradition is a meaningless thing. So they decided, and for others it means nothing too. And they did not guess.

But did the Europeans have something in their head? Besides fear ... What was their idea based on? Not on the same, that so it is more convenient to live? Not on considerations that otherwise man as a species will not survive. Is this an argument? It will not survive, and to hell with it. How to write on the fence: "Kill people, save the planet."

Director, screenwriter, journalist. I took about 30 documentaries. Not without international prizes. New York, in particular, recognized my work as the "best historical film." Odin won in 2011 at the Shanghai International Film Festival. She worked on all federal channels of domestic television in our best years with him. According to basic education speech therapist. Written novel and story. The novel "On the night from Monday to Friday" can be caught on the Internet. She studied at the Hebrew University in Moscow. I go to Israel every year. As the year goes by, the melancholy rises, and somehow the ticket itself is bought: it means it's time.

Ctrl Enter
Noticed oshЫbku Highlight text and press. Ctrl + Enter
We are
About Stalin and KhrushchevWhat you didn't want to know about England
71 comment
Information
Dear reader, to leave comments on the publication, you must to register.