Under the nuclear "umbrella" 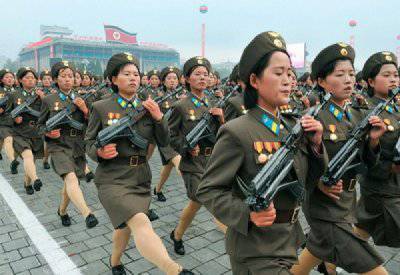 A meeting of the IAEA Board of Governors was held in Vienna on Monday, at which the IAEA Director General, Yukiya Amano, commented on the situation with the North Korean nuclear program. According to him, the IAEA regrets the decision of the DPRK to continue nuclear tests and resume work at the nuclear reactor in Yongbyon.


This decision "along with previous statements about uranium enrichment activities and the construction of a light water reactor are deeply regrettable," Amano said. At the same time, the IAEA recognized that since inspectors are not able to conduct inspections in North Korea since 2009, the IAEA’s knowledge "in the field of the country's nuclear program is limited." It is interesting to note in this connection that about a month ago one of the American expert centers - the Institute of Science and International Security - published a report on the analysis of satellite images that the DPRK almost doubled the area of ​​the uranium enrichment complex at a nuclear facility in Yonbyen. Experts have expressed the opinion that this indicates an increase in the number of centrifuges that are used to produce enriched uranium.

Meanwhile, it has also recently become known that the United States and the Republic of Korea have prepared a draft joint military plan to contain the nuclear threat from the DPRK. The specific details of this document were not disclosed, but it is reported that the “report on the containment measures of the DPRK” was prepared for about ten months and is expected to be approved at the October meeting of the US and South Korean defense ministers. “These deterrent measures can be equated to an operational plan of action. The development of an official document detailing the protection scheme at the expense of the US nuclear umbrella reflects the firm intention to counter the threat posed by the nuclear weapon Democratic People's Republic of Korea, ”the government of the Republic of Korea told the news agency Renhap.

The result of the rather tough positions that Washington and Seoul have come up with is that the negotiation process within the framework of the Six on the problem of the denuclearization of the Korean Peninsula has not yet been resumed. As Deputy Foreign Minister Igor Morgulov said on Monday, “the prospect of resuming six-party talks on the nuclear issue in North Korea is not visible in the near future.” But Russia, along with China, is in favor of speeding up the negotiation process and is making efforts in this direction.

Many Russian politicians and experts, which is remarkable, are inclined to associate the problems of denuclearization of North Korea not only with the position of a number of countries of the “six”, but also with the exacerbation of the situation in Syria. So, the head of the State Duma Committee on International Affairs, Alexei Pushkov, said the other day that the United States "should not expect that strikes on Syria will force the DPRK and Iran to abandon the creation of nuclear weapons." The Obama administration, according to Pushkov, can only achieve the opposite effect.

Meanwhile, in the North Korea itself, on Monday, against the background of discussions in the diplomatic and expert circles about the future of the nuclear program, the country held festive events in connection with the 65 anniversary of the DPRK. As part of this jubilee, a military parade was held on the main square of the country - the Kim Il Sung Square in the center of Pyongyang - which was watched by all the top leaders of North Korea and several tens of thousands of people. After the military parade, which a number of observers described as quite “modest” - the North Korean military showed no wide abundance of military equipment, - many thousands of ordinary citizens showed up in the square. Solemn meetings, scientific symposia, concerts of various creative groups and other events dedicated to the holiday were also held throughout the country.

In connection with the DPRK 65 anniversary, a concert of the internal security forces ensemble took place. From the list of persons included in the official list, who were present with the North Korean leader at this event (such lists are always published by the Center for Technical Equipment), the appointment of Army General Lee Young Gil was announced as the new Chief of Staff of the DPRK armed forces. Lee Young-Gil replaced General Kim Kek Sik, who held his post for only a few months - since May 2013 - and is known as a supporter of a tough military and political course. What is the reason for this personnel assignment and how is it connected with the personnel changes in the military leadership of the country carried out earlier by Kim Jong-un, it is difficult to say with certainty. Nevertheless, a number of observers indicate that the specifics of the military parade dedicated to the 65 anniversary of the DPRK, and the replacement of the head of the General Staff speak in favor of the desire of the North Korean authorities not to increase tensions on the peninsula and not to create obstacles to the implementation of the agreements already reached on inter-Korean dialogue.