11 September 2013
15
In 1944, a new heavy bomber appeared on the Pacific theater of the Second World War. The characteristics of the Boeing B-29 Superfortress allowed it to effectively strike at enemy ground targets. A characteristic feature of the B-29 was also powerful defensive weapons. 12 machine guns of caliber 12,7 millimeters made an attempt to bring down a bomber very challenging. In this regard, the Japanese designers have attempted to create a new weapon for fighters, able to effectively deal with the new American bomber.

The Ho-301 project implied the creation of an automatic gun of 40 millimeters caliber, suitable for use on existing fighters. To ensure all the requirements, especially weight, it was necessary to apply the original and non-standard for aviation technical solution at that time. In accordance with the plans of Japanese designers, the gun Ho-301 was to use a new shell of the original design.

Externally, the 40-mm projectile looked like a cylinder and had a tapered nose. It housed a pin fuse. The total length of the projectile was equal to 129 mm, and the weight - 585 g. Immediately after the fuse in the projectile placed a large amount of explosives. 65 grams of TNT or other suitable explosive could be placed in the cavity. The fuse and volume with charge occupied about two thirds of the total length of the projectile. Behind them was the chamber of the propellant charge. A propellant mass of 10 g in a small silk bag was placed inside this cavity and covered with a thin aluminum plate. On top of the latter, the bottom with 12 holes, which played the role of nozzles, was screwed into the shell of the shell. Between the nozzles in the center of the Donets, located primer. 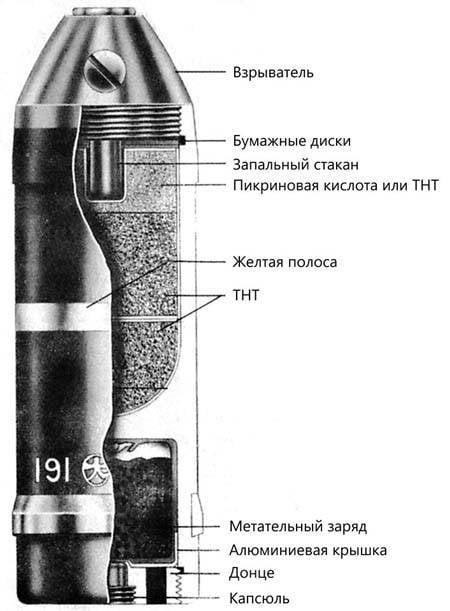 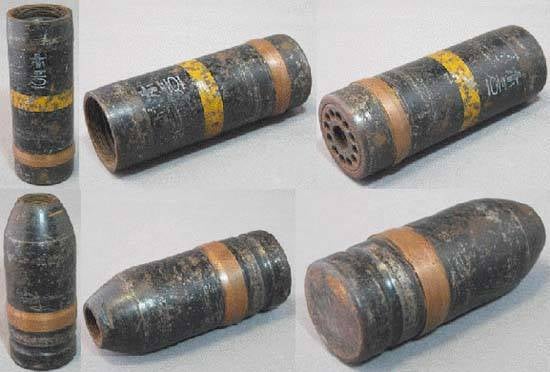 The original design 40-millimeter projectile allowed significantly simplify the design of the gun itself. Applied ideas made it possible to abandon several mechanisms and details related to the sending of a projectile into the barrel of the gun and the extraction of spent cartridges. When firing, the drummer of the cannon hit the primer that ignited the propellant charge. After the pressure in the chamber reached a certain value, the aluminum plate burst, and the powder gases burst out through the nozzles in the bottom. The propellant charge was calculated in such a way that it managed to completely burn before the projectile left the gun. Due to the absence of a separate cartridge with a propelling charge that needs to be removed and thrown away after the shot, the Ho-301 cannon can be classified as a bagless weapon.

The gun itself had a relatively simple design. The shells were fed to the line of dropping from the box magazine for ten shells, which was above the receiver. It is noteworthy that this design of the store allowed it to be positioned on both sides of the gun without additional modifications of any mechanisms. Automation worked on the principle of a free shutter with advanced ignition caps. This Japanese gun Ho-301 recalls some of the development of the Swiss company Oerlikon. The gun with a total length of 148 centimeters (barrel length - 78 cm) weighed 89 kg. Such parameters made it possible to install two similar weapons on fighters at once.

Using the proven principle of operation of the automatics with the new projectile yielded interesting, although ambiguous results. First of all, it is necessary to note a fairly high rate of fire - up to 475 shots per minute. Automatic guns of that time, which had a similar caliber, due to the use of "traditional" ammunition with a sleeve had a noticeably lower rate of fire. For example, the Swedish 40-mm cannon Bofors L60 had a rate of fire about 120 rounds per minute.

The high rate of fire of the new Japanese gun Ho-301 allowed to hope for its great prospects, but the use of the original bezgolzovogo ammunition led to dubious firing characteristics. A ten-gram throwing charge dispersed a projectile with a mass of 585 g to a speed of just 245 meters per second. It is not difficult to guess what the ballistics of such ammunition was. The characteristics of the Ho-301 cannon allowed to fight effectively only with heavy bombers who could not actively maneuver while moving away from the attack. At the same time, the effective firing range did not exceed 150-180 meters.

Despite the obviously low performance, the Ho-301 gun was mass-produced. The horizontal placement of the box magazine above the receiver made it possible to install new weapons in the wings of fighters. Ho-301 guns were limitedly used on the Nakajima Ki-44 and Kawasaki Ki-45 fighters, two per plane. The results of the use of new caseless tools in practice proved to be mixed. For a successful attack, the fighter pilot had to approach the target for a very small distance. At distances of no more than 150-200 meters, a Japanese aircraft was at great risk of being shot down or at least seriously damaged. Unsuccessful characteristics of guns and small ammunition - all 20 shells did not allow attacking from long distances.

Nevertheless, a well-constructed approach to an enemy aircraft and accurate shooting led to stunning results. The 65-gram explosive charge and a crushing weighing about 500 grams literally ripped apart the design of an enemy plane into pieces. One precise hit was enough to disable the engine or destroy important structural elements. But, as can be seen from the characteristics of the gun, such successful attacks were rare. More often, Japanese fighter pilots had to retreat and launch a new attack, trying not to fall back. 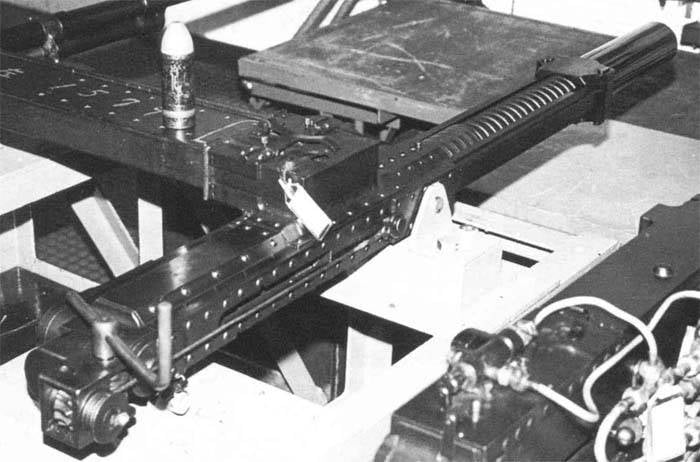 A small number of Ho-301 cannons and specific characteristics prevented them from having a noticeable impact on the air war over the Pacific Ocean. Moreover, the Japanese pilots, assessing the real possibilities of an automatic cannon with a bezgilzovym projectile, eventually abandoned it. Ho-301 guns were gradually dismantled from the fighters, and in their place large-caliber machine guns were installed. With a much smaller power of bullets, such a weapon had a greater rate of fire and a significant ammunition, which in practice compensated for the insufficient destructive effect.

A number of Ho-301 automatic cannons were used by Japanese pilots in Burma almost to the very end of the war. Aircraft armed with 40-millimeter cannons were used as attack aircraft. The ground attack features made it possible to fire Ho-301 cannons with markedly greater efficiency compared to air combat, and the power of projectiles had a good effect on the results of air strikes.

However, no guns with original ammunition and other interesting technical or tactical decisions could affect the course of the war. The superiority of the American and then the Soviet armed forces did their job. In early September, 1945, Japan capitulated and all the development of its own weapons, including aircraft guns, temporarily stopped.