With the Irkutsk missile compound of the Strategic Missile Forces, a command and staff exercise is held 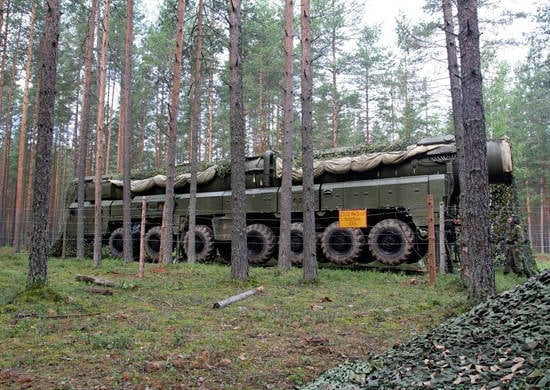 From 10 to 14 September this year. under the leadership of the Chief of Staff of the Omsk Missile Association, Major-General Roman Nogin, a command-staff exercise (CSE) is conducted with the Irkutsk missile compound.


Particular attention in the course of practical actions of the troops is paid to countering air and ground attack weapons, developing new forms and methods of masking, ensuring the survivability of the Topol missile systems, as well as developing various methods of using a missile compound. In particular, training will be held on the secret deployment of missile systems to combat patrol routes and launch conditionally.

More than 1500 military personnel were involved in the exercise and more than 200 units of equipment were involved.

During the exercise, it is planned to work out the issues of bringing the units and subunits into readiness for simultaneous withdrawal to the field areas of the missile regiments of a mobile ground-based missile complex - to combat patrol routes and combat duty at field positions, to disperse maneuvers.

The Irkutsk missile compound is armed with a Topol mobile soil missile system.
Ctrl Enter
Noticed oshЫbku Highlight text and press. Ctrl + Enter
We are
Verifying the reliability of the nuclear missile shieldIn Kuban, command and staff exercises began with an airborne assault (mountain) formation of the Airborne Forces
31 comment
Information
Dear reader, to leave comments on the publication, you must to register.