Unsuccessful launch of the Bulava and transfer submarine delivery 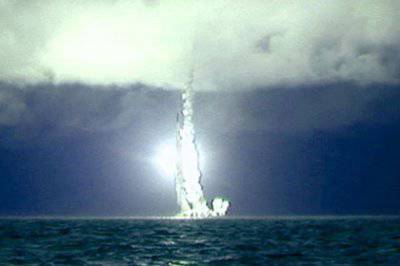 It was previously stated that this fall or winter the Navy will receive two new nuclear submarines, Alexander Nevsky and Vladimir Monomakh, project 955 Borey. However, the events of recent days have led the Ministry of Defense to temporarily suspend state trials of these submarines. In this regard, the transfer of submarines the fleet postponed indefinitely and, most likely, will take place no earlier than the beginning of next year.


The reason for the suspension of state tests and the postponement of submarine delivery was the unsuccessful launch of the P-30 “Bulava” ballistic missile. On Friday, the 6 of September, the Alexander Nevsky submarine located in the White Sea, conducted a test launch of the Bulava rocket. In accordance with the order given by the central command post of the General Staff, the crew of the submarine prepared a rocket and launched it. The conventional target was at the Kura (Kamchatka) test site. The launch took place normally, but already in the second minute of the flight problems began. Due to a certain failure in the control system, the rocket left the calculated trajectory and fell into the waters of the Arctic Ocean. According to some sources, the automatics turned off the main engines (presumably, the second stage engines were already working at that time), which eventually led to the fall of the rocket.

To clarify the causes of the incident, the Ministry of Defense created an emergency commission, which included representatives of the military and defense industry. The commission was headed by the commander-in-chief of the Navy, Admiral V. Chirkov. The results of the first days of the work of the commission have not yet been published. At the moment, only some details of the emergency start are known. Thus, the Kommersant edition writes that the launch of the rocket was part of the second stage of state tests of the Alexander Nevsky submarine. Among other things, the program of the second stage included checking on-board weapon control systems. In addition, the publication cites the words of an unnamed source, according to which the emergency missile "Bulava" is one of the first mass-produced products of this model.

Probably, the very fact that the launch objective was to check the onboard systems of the submarine was one of the prerequisites to a significant difficulty in the investigation. According to the source of the publication Kommersant, due to the nature of the tests on the rocket, telemetry equipment was not installed. For this reason, the investigation of the incident will be much more difficult than it could be with the use of appropriate equipment.

It is worth noting that the launch was unsuccessful only for a ballistic missile. The main task of the tests was successfully completed, as reported by the Ministry of Defense and the industry. As the press service of the Sevmash shipbuilding enterprise reported, the tasks assigned to the submarine crew were successfully completed. Ship systems worked normally, and all the time for passing and executing commands fully comply with the standards. Commander-in-Chief of the Navy, Admiral V. Chirkov also spoke well of the work of sailors and shipbuilders.

However, the rocket did not hit the training target, and a special commission is now investigating the causes of this incident. Due to the lack of telemetric information, the investigation will be quite complicated. The Commission can only use information from the Daryal radar station (Komi Republic), which monitored the rocket’s flight, as well as documentation on the product used and other munitions of the same production batch. In this regard, the commission will have to study only the available information, the number and composition of which leave much to be desired. As a result, at the moment it is impossible to speak with confidence about the possible causes of the accident and it remains only to speculate.

Official data on the progress of the investigation are not yet available, but on Monday, the first information from sources, allegedly, related to the emergency commission, appeared. According to Interfax, the cause of the accident could be a malfunction in the thrust vector control system of the engines. According to an unnamed source in the defense industry, such problems became known shortly after launch. Other details have not been announced so far.

Since technical flaws or factory faults could be the cause of problems with the missile control system, all serial and ready-to-use products will be checked in the near future. In addition, according to the Ministry of Defense, the head of the department, S. Shoigu, ordered an additional test of the missiles. In accordance with the order of the Minister, five test launches of the Bulava P-30 missiles will be made in the near future. Their goal will be to confirm the declared characteristics of the ammunition.

Regardless of the specific timeframe for completing the investigation of the causes of the accident and the carrying out of additional launches, the transfer of two new submarines to the navy will move at least several months. The investigation alone, according to various estimates, will take at least a month. Further state tests should be resumed and it will also take some time to complete them. Thus, the words of the general director of Sevmash M. Budnichenko, according to which Alexander Nevsky will be commissioned on November 15, will not be justified, as all the necessary work cannot be completed by this deadline. Considering the time required to complete the tests, it can be assumed that both new boats will indeed be handed over to the customer only in the next 2014 year.

Despite the clearly negative nature Newsconcerning new submarines and ballistic missiles for them, in this situation there are some pluses. If the Friday accident was caused by deficiencies in the R-30 Bulava project or by an insufficiently responsible attitude to the work of certain employees of the enterprise building these missiles, then in the near future such shortcomings will be revealed. As a result, the result of the work of the emergency commission led by the commander-in-chief of the Navy V. Chirkov can also be a solution to the related problems. Thanks to this, the Russian Navy - albeit with a noticeable delay - will receive modern nuclear submarines and ballistic missiles, spared the drawbacks of a structural or technological nature.