10 September 2013
190
While American diplomacy and the propaganda machine continues to lose its powerful allies in the “coalition” (one UK banning the use of its Mediterranean bases during the US aggression against Syria, which is worth), the same diplomacy is trying hard to expand the circle of support at the expense of “allies” . The scale is so wrinkled and shrunched that now with his “diplomatic” stick with nails, Mr. Kerry and others like him are trying to carry out “coercion to ally” geopolitical dwarfs, whose only thing over the past couple of decades is to prove how well they absorbed donated by the United States "democracy". 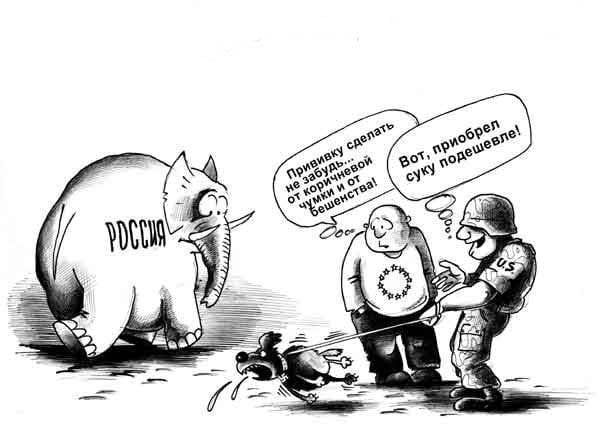 The main dwarf "allies", not counting one of the ideologues of strikes on Syria - Qatar, supporting the idea of ​​forceful intervention in the Syrian confrontation, became the Baltic "powers". By and large, the proud and "sovereign" Baltic states have nothing else to do. Couldn't the Latvian or Estonian authorities, for example, support the idea of ​​an American invasion and thereby anger the US authorities? Against the occupying forces you will not trample ... Well, you understand ...

The fact that “you can’t worry” was understood and understood both in Tallinn, in Riga, and in Vilnius. They also understand that the more large the volumes of approval by the “brilliant plans” of the United States are expressed (especially when meeting with the American envoys), the greater preferences from the star-striped owners can be obtained. Moreover, the representatives of the political elite of the Baltic states, it seems, decided to take the path of least resistance, killing several birds with their own speeches: “make pleasant to the White House and at the same time hurt their main“ friend ”- the Russian Federation.

Here are some examples of statements by Baltic politicians and political scientists who spoke on the Syrian issue over the past few days.

Latvian Defense Minister Artis Pabriks was one of the first to express his allied position towards Washington. This same Pabriks said that he sees Russia as the main responsibility for stirring up the Syrian conflict. Of course, Mr. Pabriks! It’s the main fault in Russia that the radical killers and cannibals with insane eyes are now trying to gain power in Syria ... It’s the fault of Russia that for more than two years the different wings of the United States al-Qaeda once again turn the Middle East into the battlefield with tens of thousands dead and hundreds of thousands of wounded.

Generally speaking, the opinion of some Pabriks Russia there is a grain for an elephant, but how pleasant it was to think to Pabriks himself that he had touched his great “militarist” neighbor - the Russian Federation. The Minister of All-Latvian Defense did not reveal his position - he no longer needed him. I did the main thing - I wanted to curry favor and curry favor. For some reason, the position of Pabriks, if this, of course, his own position, is not surprising ...

After statements about the "main culprit" of the Syrian confrontation, the Latvian minister hurried to reassure his compatriots, said that in any case Latvia should not be afraid of the chemical threat from Syria.

There is no place for panic, because Syria has no such weaponswhich could go the distance to our region. I do not think that Syria can attack Europe, since it is well aware that European countries are members of NATO
- said the man with the "iron logic" Pabriks.

And the Latvians, after the words of the Latvian Defense Minister, were to breathe a sigh of relief. Previously, they thought that Assad, in the event of something “bore” a rocket with a chemical charge into the Riga seaside area, would poison all biomaterials for sprat production, but now they calmed down ... True, speaking of European countries as NATO members, the eloquent Pabriks did not yet know that about a dozen NATO countries will give the US a turn-off in terms of supporting the invasion of Syria ...

Estonian Foreign Minister Urmas Paet has also left his Latvian colleague not far away. Paet said that the worst case scenario for the Syrian events would be if the “global community” would be indifferent to look at war crimes. The term "war crimes" Paet had in mind a chemical attack in Syria, which, in his opinion, strikingly coincided with the opinion of the American side, was organized by the Assad government forces. Paet certainly is not interested in collecting evidence against those who actually used chemical weapons on the territory of Syria. He faces another task: against the background of the frankly pale support for the US idea of ​​hitting Syria even from NATO colleagues, Paet needs to copy the opinion of the American side that chemical weapons were used in Syria, and it was used exclusively by Assad. Paet copes with its task, which demonstrates complete loyalty to Washington patting the official Tallinn on the shoulder.

Talks that Russia was to blame for the conflict in Syria, that the “chemical Bashar” was poisoning its people with sarin, and the reaction of the world community led the Baltic political analysts to their own conclusions. For example, Ahto Lobyakas, a well-known foreign relations expert in Estonia, said that the UN is not coping with the international tasks for which this organization came into being. At the same time, Lobyakas, making an amazing move in his thought path, suddenly declares that there are two reasons for the poor performance of the UN: Russia and China. It is these permanent members of the UN Security Council, the quote: "have doctrines that lag behind the world by a century." According to Lobjakas, if crimes against humanity are committed in a country, then this is not at all the business of this state exclusively, but the business of the whole world. Like, if chemical weapons were used in Syria, then the whole world must intervene urgently and certainly punish those who used these weapons. But the question is: who used it, if the special commission did not present any conclusions and does not seem to be going to present it. The "contaminated" hair chemistry that US Secretary of State Kerry learned from somewhere seems to be the main material evidence for all US satellites ...

By the way, who determines where crimes against humanity are committed, and where not? If in Saudi Arabia mass public executions are carried out by medieval methods, then what is it? - a crime against humanity or not? If in Estonia itself, veterans of the Great Patriotic War who fought on the side of the Red Army are often subjected not only to moral but also to material discrimination, which sometimes leads them to the grave, what is it? - a crime against humanity? If the US authorities are festering people in the CIA special prisons without a trial and investigation, are arranging surveillance of literally everyone through the Network, then what is it? a crime against humanity? If yes, then, following the logic of Mr. Lobyakas, it is long past time for Saudi Arabia, the United States or Estonia to introduce international forces to bring order there. And if not, then why did they see the crimes exclusively in Syria? .. As they say, they see a speck in another's eye, and their own ...

After such statements from the Baltic "partners", the words of Vladimir Zhirinovsky, who said that the policy of the authorities of the Baltic countries could lead to their occupation or destruction, does not look like total obscurantism. Vladimir Volfovich has always been distinguished, to put it mildly, by ambiguous rhetoric, well, here, apparently, the American satellites from the shores of the Baltic Sea finally brought him to a white heat.

Zhirinovsky:
When such mongrels yelp in the global space, then they are occupied. And then they also will shout, why they occupied us! All Baltic countries will necessarily be occupied or destroyed. For there are missiles in 5 minutes flying to Moscow. Here we have a meeting with you on 50 minutes. Ten times their missiles would have flown in and bombed the whole of Moscow. And this makes Latvia, Estonia and Lithuania. Can we forgive them for this? Never! And their idiots, the leaders do not understand. And they are also participating in the operation against Syria. Do they have a head on their shoulders? Do these leaders of Latvia, Lithuania and Estonia?

Strong! You will tell nothing.

The head of Lithuania, Mrs. Grybauskaite, decided to answer this passage of Vladimir Volfovich, but her answer was faded ... Quotation:
I regard this as irresponsible bravado, because Lithuania, more than ever, is safe just because we have been NATO members for nine years, and, most importantly, we have really created defense plans for the Baltic countries, we also have an air defense mission. So I think that maybe we can laugh a little, but fear, worry, no.

Well, now we have a good time to laugh, because such phrases as “really created defense plans” and “we have an air defense mission” - otherwise they hardly seem ridiculous ... I would remember about the tank ...

In general, the prowess of the Baltic politicians today is overwhelming, as is the self-esteem. The usual behavior of one quadruped, hiding for some time behind the tiger Sherkhan in one well-known literary and animated work. In the Baltics, this work is also familiar ...