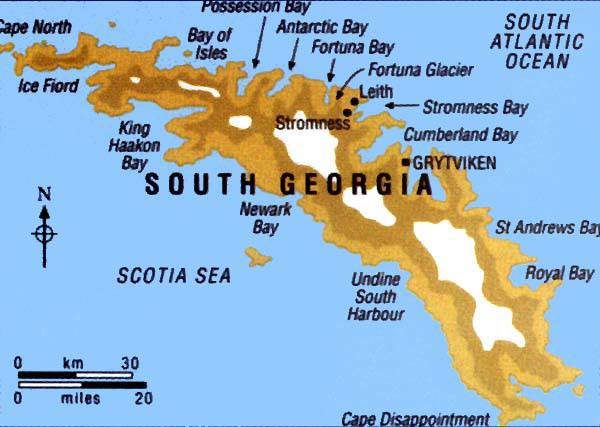 For the first time in the Falkland Islands, the British landed in 1690. Administratively, the islands are considered part of the British Crown since 1833. In 1982, the population of the islands numbered 2000 people. They all spoke English, albeit with a small island accent, they drank dark ale, drove in right-hand drive cars and considered themselves British, despite the considerable distance (13000 km) from the metropolis.


The conflict with neighboring Argentina began because of its longstanding claims to the islands, which the Argentines even called in their own way: Las Malvinas. 19 March 1982, a group of Argentines under the guise of collectors of scrap metal landed on the island of South Georgia, which administratively belonged to the Falkland Islands, despite its considerable distance from them. At that time, only a British Antarctic research team and two cameramen were on the island. The Argentines rather quickly seized the abandoned Leith whaling station and, without entering into any negotiations with the British on the island, raised the Argentine flag. So there was a diplomatic incident. 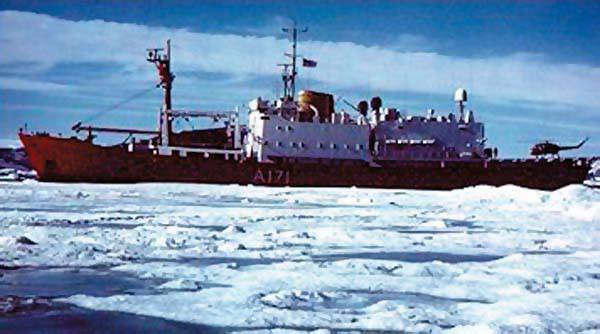 On March 31, a squad of twenty-two royal marines who were on the Endurans patrolling the Atlantic area was sent to the island to carry out a British military presence in South Georgia, protect British explorers and monitor Argentines.

At the same time, in the 1100 kilometers to the north-west, in the Eastern Falklands, a small British garrison of about forty people was alarmed. On April 1, the Royal Norwegian major, Norman, awaiting the landing of the Argentine landing force, deployed his modest forces to protect the key points of the Eastern Folk Lands. He was well aware that for a long time he could not stand up to a large landing party. The fact that the Argentines will certainly land here, was understood even by the locals.

Argentines embarked on early April 2 disembarkation, calling the Rosario invasion operation. The forces were too unequal, but the British opposed the enemy for three hours. In 8.30, the governor of the islands, Mr. Rex Hunt, to save the lives of the marines and civilian defenders of the islands, ordered the resistance to cease. 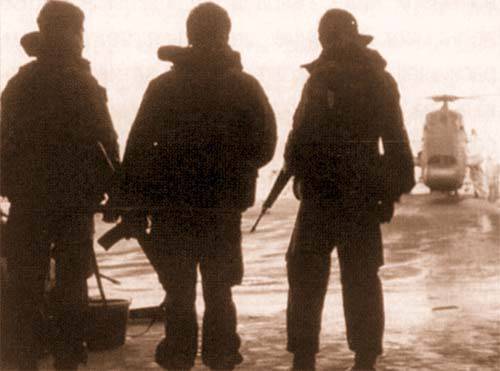 Recognizing gloomy news From the reports of the Air Force, the commander of the SAS 22 regiment, Lieutenant Colonel Michael Rose immediately led Squadron D on high alert. Despite the fact that information about the crisis in the South Atlantic arrived on Friday, when the bulk of the personnel were in dismissal and had a good time, by midday Saturday warm clothes and equipment, special equipment, and weapon and ammunition has already been received from warehouses. On Sunday morning, all the personnel were already in the RPM and received the task, and the advance party flew out to organize a post on Asension Island, located near the equator. The next day, followed by the rest, as well as the entire staff and the necessary specialists from other squadrons.

After disembarking April 3 in South Georgia, Argentines tried to convince Lieutenant Miles and his small detachment to surrender, but to no avail. Then they landed two batches of marines from helicopters from different sides on the outskirts of the harbor of Gritviken and opened fire on the positions of the British marines at King Edward Point. Despite the unequal forces, the British managed to shoot down one of the two transport helicopters, as well as damage the reconnaissance helicopter. And when the enemy frigate tried to get closer to the coast, the British opened fire on him from anti-tank grenade launchers. As a result of firing from machine guns, the ship received a list. 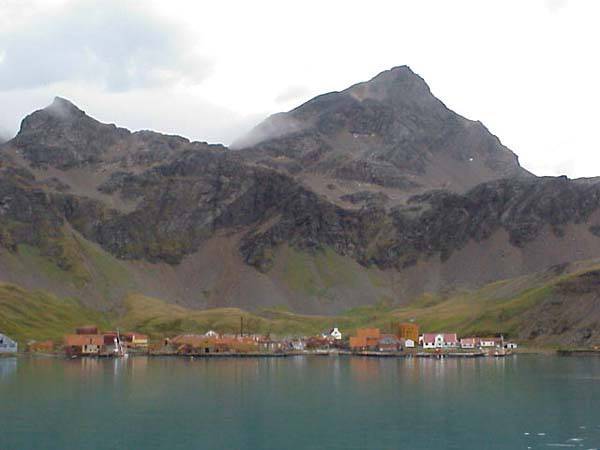 After completing their task and realizing that they can no longer influence the outcome of events, the marines surrendered.

A tactical group was formed at Asension under the command of Royal Marine Corps Major Guy Sheridan. It included the M42 company of the commando division, the second section of the SBS, and the squadron D of the 22nd SAS regiment. The group went south on the royal royal vessels fleet Fort Austin and Tidespring, accompanied by the destroyers Antrim and Plymouth. On "Antrim" was the command post of the operation, which was given the code name "Parakuet." Even before the landing, the group was supposed to meet the hydrographic ship "Endurance" and the nuclear submarine "Conkeror" at sea. Helicopters were supposed to provide air support and operation support. aviation Wessex and Links, as well as the Wosp helicopter from the Endurance hydrographic ship.

The lonely location of South Georgia in the Atlantic creates such winds that its climate is comparable to the climate of northern Iceland. Living conditions on the island are far from comfortable. Several settlements cling to the cliffs of the fjords. In the second half of April, one of the most penetrating Antarctic winds begins to blow, and the daytime is reduced to just a few hours. All these circumstances forced the Argentines to think that the British would in no case decide to land a landing. Therefore, their vigilance was reduced.

On April 21, less than three weeks after the Argentine invasion, sixteen mountain training specialists from the SAS landed on the icy coast six thousand kilometers from the nearest British base. A snowstorm raged over the island. The helicopter pilots needed a lot of work to lift the helicopters from the deck, but even more labor — in the dark and in strong winds to land them on the unprepared platform Fortuna Glacier. 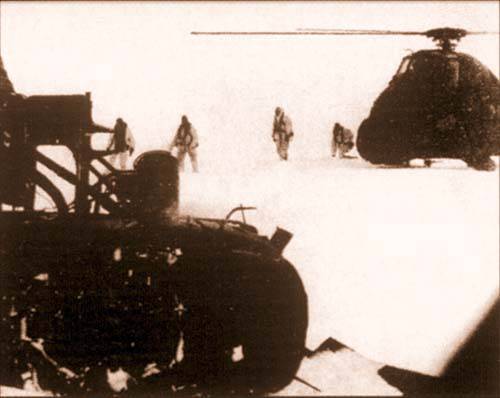 Despite the high level of preparedness of the soldiers, they managed to move within five hours no more than a kilometer from the landing site. In addition to the snowstorm, the matter was complicated by the burden of the soldiers. Outfit each weighed about thirty-five kilograms. In addition, they dragged four sleds, each of which also weighed up to ninety kilograms. It began to dawn. In order to at least somehow hide from the wind, the special forces tried to put up two Arctic tents. But with a gust of wind, one of them was blown away, and the other one had broken installation poles. Most of the soldiers got frostbite.

Under such conditions, there could be no talk of effective performance of the combat mission. It was necessary to evacuate the group to the ship as soon as possible. Due to difficult weather conditions during the evacuation, two helicopters crashed.

The next day it was decided to conduct exploration of Leith and other settlements in the Stromness Bay area by the forces of the second section of SBS. Acting on five inflatable boats, three people in each, the combat swimmers were supposed to land on the island. But on Friday early in the morning, when it was not yet light, despite the pre-heating of the engines, three out of five refused to start. As a result, the remaining three were towed by two boats. In the dark and because of a strong gust of crosswind, two towed boats were lost. Fortunately, later the team of one of them managed to find the helicopter of the Royal Navy. The crew of the second boat raked the cape of the island, from where for several days he went out on foot, hiding from the enemy. The rest successfully reached the shore and organized the observation of the planned objects. But they themselves could not return to the ship, since the boats were very icy. Combat swimmers were removed from the island by a Wessex helicopter on the morning of April 25. 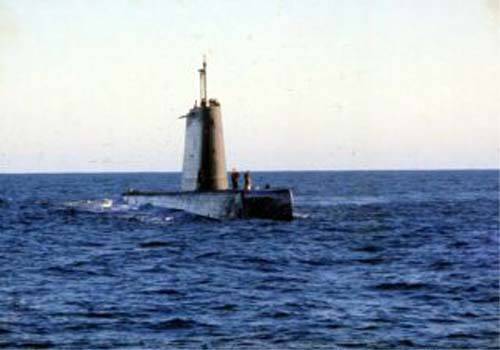 All further attempts to land troops on the island were temporarily postponed due to the appearance in the South Georgia region of the Argentine submarine "Santa Fe".

She was discovered on the surface of the ocean by a pilot of the Wessex helicopter, who evacuated one of the SBS groups. He attacked the boat and dropped depth charges, causing damage to it. And the “Lynx” and “Wasp” helicopters caused by it struck the boat with their cannons and missiles. Unable to dive, the boat was forced to go to Gritviken on its own.

The British decided not to lose the initiative, so they made an emergency assault. It was impossible to wait until the main forces of the royal marines approached. Therefore, having gathered all the available forces of SAS, SBS and marines, numbering about seventy people, the British decided to land in South Georgia. They were opposed by at least twice the largest garrison of the enemy. According to military doctrine, for the success of an offensive, the attackers must be three times more defensive. But the British special forces and marines have ignored this fact.

Under the cover of Plymouth and Antrima ship artillery fire, the first SAS groups landed on a piece of bare ground two kilometers from the village and entrenched there. Soon, the helicopters delivered the rest, who had gathered on the ridge and were now able to observe Gritviken. Meanwhile, one of the SAS teams advanced to the village. Here they were waited by white sheets hung from the windows, and Argentines who dreamed of surrender.

The Argentinean national flag was pulled off the flagpole, and the Union Jack was returned to its usual place. 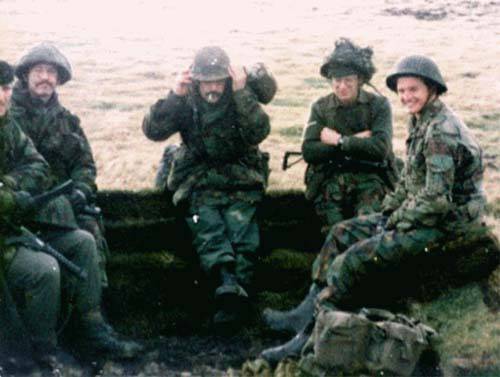 The next day, two SAS teams and a SBS team flew by helicopter to Leith. And here a squad of sixteen British Special Forces Argentines did not offer serious resistance. In total, the landing party captured 156 enemy soldiers and officers, as well as 38 Argentinean civilians in captivity.

Argentine dominance on South Georgia, lasting 23 of the day, was over. It was the first British victory in the outbreak of the Falkland Islands War.

The next day, Squadron D was again on the ships that headed for Falkland. The main forces were moving in the same direction, among which was S squadron G, as well as the headquarters of the 22 SAS regiment led by Lieutenant Colonel Michael Rose.

Ctrl Enter
Noticed a mistake Highlight text and press. Ctrl + Enter
We are
The Undiscovered Secrets of the Falklands WarFalkland or Malvina? The Anglo-Argentine War began thirty-three years ago.
15 comments
Information
Dear reader, to leave comments on the publication, you must to register.