Vladivostok in a high degree of readiness

9 September 2013
163
The photograph on the web site www.shipspotting.com, taken by 8 September 2013, shows a very high degree of readiness of the landing helicopter ship Mistral in the dry building dock of the STX France shipyard in Saint Nazaire Vladivostok. The withdrawal of Vladivostok from the construction dock of the Saint-Nazaire shipyard is tentatively scheduled for October 15 on 2013. 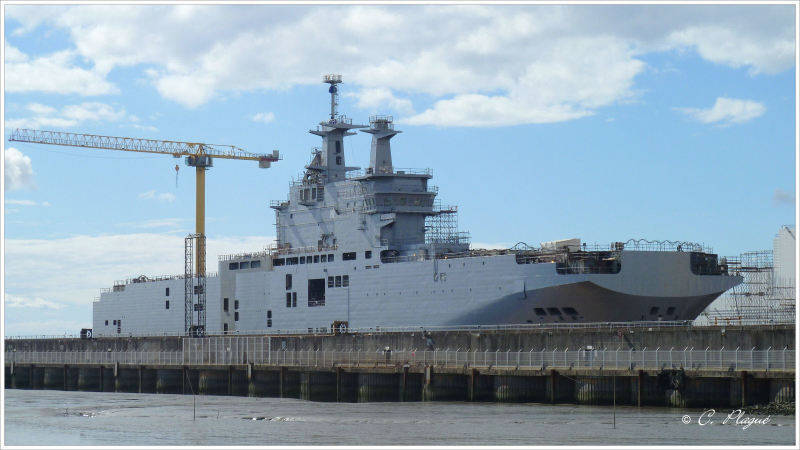 The landing helicopter ship dock Vladivostok of the Mistral type under construction for the Russian Navy in the dry construction dock of the STX France shipyard. Saint-Nazaire, 08.09.2013 (c) Christian Plagué / www.shipspotting.com