Lady at the helm of the deck fighter. The Life and Death of Kara Haltgreen 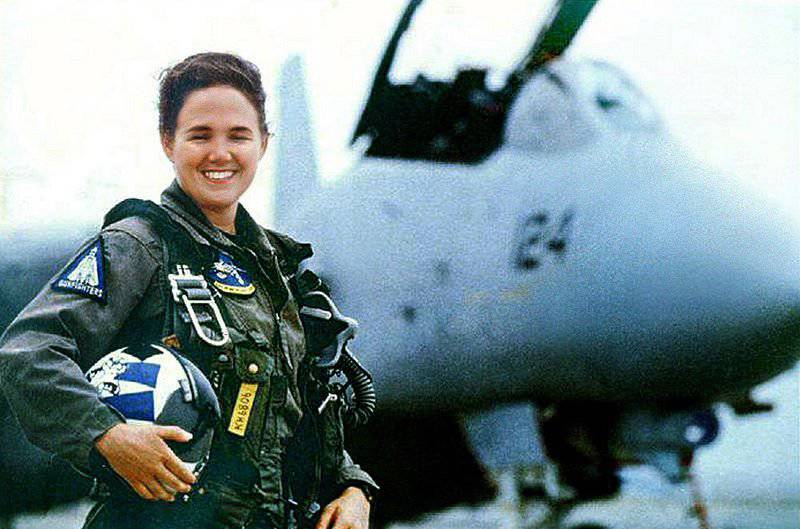 Dreams tend to come true. The American Kara Haltgreen dreamed of space since childhood and dreamed of repeating the feats of the heroes of her childhood - Gagarin, Armstrong, Sally Ride ... Speed ​​and extreme height - what could be better?

But they don’t take NASA astronauts simply “from the street” - you need to have a pilot license or at least be a candidate of science. The prospect of cramming boring formulas Kare did not like - the girl made a choice in favor of a pilot's career. Become a military pilot? Why not? Emancipation gives women equal rights.

After graduating from high school, Kara tried to enroll in the U.S. Navy Academy in Annapolis on the move - an elite educational institution, before the graduates of which any horizons open: the fleet, aviation, marines, NASA, scientific research or work in the interests of the CIA and the NSA are the most interesting projects for every taste.

“... The examinations at the flight institute failed, the dream is a dream, but astronauts are not taken ...”

I had to limit my imagination and enroll in a regular University of Texas. After receiving an engineering degree in the aerospace industry, Kara went to the "second run" - this time, she was without any delay enrolled in the Naval Aviation Officer School of the US Navy in Pensacola (Florida.).

Well, naval aviation sounds good. Pilot license, reputation and service in the squadron VAQ-33 - auxiliary EW group of coastal-based aviation of the US Navy. Maybe she will be satisfied with the position of navigator navigator or operator of onboard radio-electronic systems ... No! Cara wanted to get on her own at the controls of the aircraft.

The girl made great efforts. In addition to maintaining good physical shape - height meter eighty, chest press - 100 kg, she continued to diligently study the aviation sciences, and here it is, it was her turn - on the strip roared with engines EA-6B "Pruler". 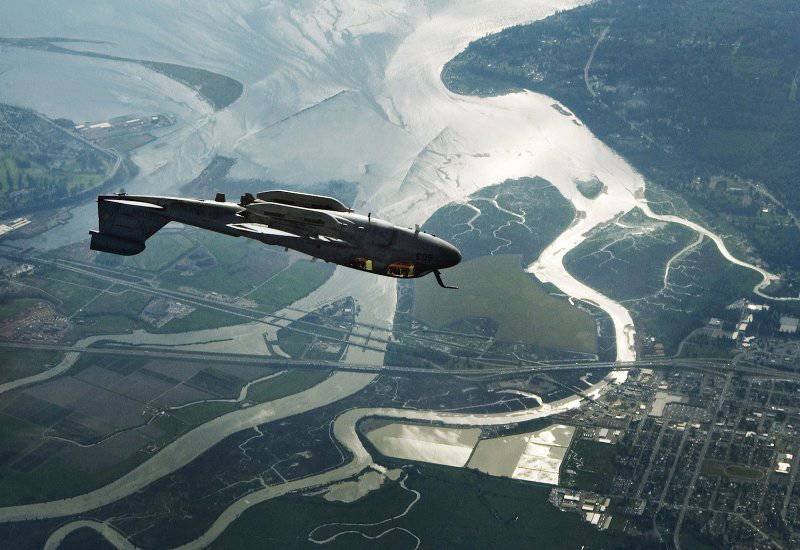 The four-seater subsonic electronic warfare aircraft is an unsightly looking machine resembling a fat seal. Did she dream of such a "prince" since childhood?

The service in VAQ-33 turned out to be short-lived - in 1993, Kara Haltgreen achieved a transfer to a real job: Kara wanted a thrill to become the world's first female aircraft carrier pilot!
Now all her dreams were connected with the steering wheel of the Tomcat, a heavy deck interceptor, a super machine worth more than 40 million dollars. 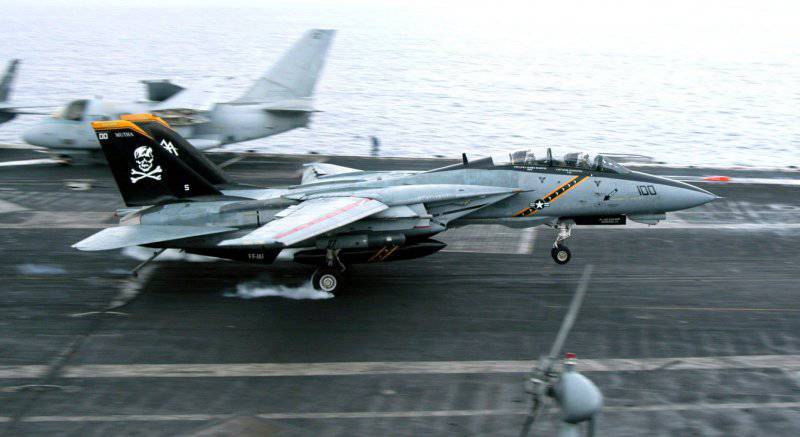 Grumman F-14 Tomcat is a double interceptor fighter with a variable geometry wing. The heaviest of mass aircraft carrier-based aircraft with a normal take-off weight of more than 30 tons!
The first fighter of the fourth generation, entered service with the US Navy in 1972 year. Tomcata's maximum speed exceeds two speeds of sound. The variable geometry wing provides efficient and economical flight at any selected altitude and speed range. A serious on-board radioelectronics complex combining the AN / AWG-9 radar, the AN / ALR-23 infrared system capable of detecting contrasting thermal targets over a distance of more than 200 km, and the CADC on-board computer for automatic control of all aircraft systems. But the main highlight of the F-14 were long-range AIM-54 “Phoenix” air-to-air missiles, capable of hitting targets at a range of 180 km.

Despite his gigantic appearance and reputation as a formidable fighter, the F-14 was too bulky and heavy to base on the cramped deck of an aircraft carrier, besides, he suffered severely from the low reliability of his engines - it is known that a quarter of the US Navy's Tomcats 633 broke into aviation accidents and catastrophes.

Here is such a life partner chose Lieutenant Haltgreen. The choice was not easy - mastering the wayward Tomcat went with a creak and in terrible agony; Kara failed the first qualification test, failing to land the "Kotyar" on the deck of a ship.

And yet, the purposeful lieutenant Haltgreen achieved her own - in the summer of 1994, she finally got access to the independent control of F-14 and was enlisted in the Fighter squadron VF-213 "Black Lions" stationed on board the atomic carrier "Abraham Lincoln". 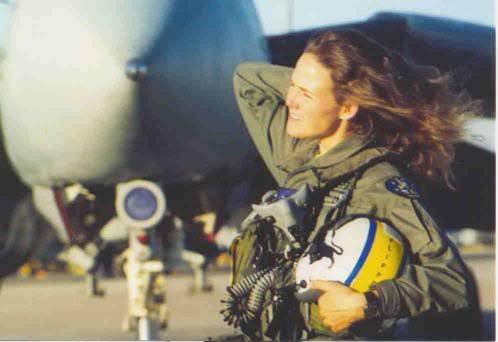 However, evil tongues claim that Lieutenant Khaltgrin was allowed to control the F-14 bypassing all the rules - the Navy command sought to hush up the hype around the sexual harassment scandal at the Tailhook symposium *, and was in a hurry to demonstrate women navythat the "weaker sex" is not as weak as dirty chauvinists claim.

* The tailhook scandal - the events that occurred at the celebration of the 35 anniversary of the Tailhook Aviation Pilots Association (literally “tail hook”) in September 1991 of the year. After the symposium at the Hilton Hotel (Las Vegas) near 100, pilots and veterans of the US Navy were prosecuted and disciplined for harassment to their work colleagues (all 83 women filed (including Kara Haltgreen), and that surprisingly, 7 men - however, it is too early to draw any conclusions, the American ladies themselves are capable of much).

In general, be that as it may, Lieutenant Haltgreen received the coveted F-14 pilot license and began intensive preparations for the upcoming campaign in the Persian Gulf. Along with admission to the management of the aircraft carrier, fame came - the first female pilot of the deck fighter became a welcome guest on various television talk shows and filming of documentaries about the service in the US Navy.
The command of the US Navy looked "through the fingers" at the hype around the new lieutenant - even her exotic radio call sign "Revlon" (make-up brand) was taken for granted. In the end, desperate Cara became the symbol and favorite of the nation - so let the whole world look at how women's rights are respected in America!

... doom is not terrible to the hero
While mad dream!

October 25 1994 of the year, just a month after 3 after receiving admission to the management of F-14, Lt. Kara Spears Haltgreen died to the death.

The F-14A "Tomcat" aircraft (serial number 160390, tail code NH), piloted by Karry Haltgreen, fell into the water when approaching the aircraft carrier Abraham Lincoln. On the remaining footage of the newsreel you can see how one of the Kota's engines stalled, after which the plane finally lost speed, turned over and crashed into the water just behind the stern of the aircraft carrier.

The second member of the crew - the operator of electronic systems Matthew Clemish managed to safely leave the emergency vehicle; Cara hesitated only a split second - at the moment when her ejection seat worked, the plane was already upside down. A strong blow to the water did not leave her a chance for salvation. The search helicopter managed to lift only a crumpled flight helmet from the water. 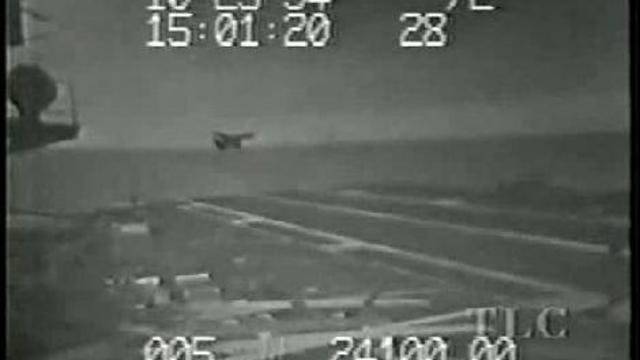 The command of the US Navy initiated an operation to lift wreckage from the ocean floor — after 19 days, the bent aircraft, flight recorders and the body of Lieutenant Haltgreen, still strapped to the ejection seat, were lifted from 1100 meters. Kara Haltgreen was buried with military honors at the Arlington National Cemetery. 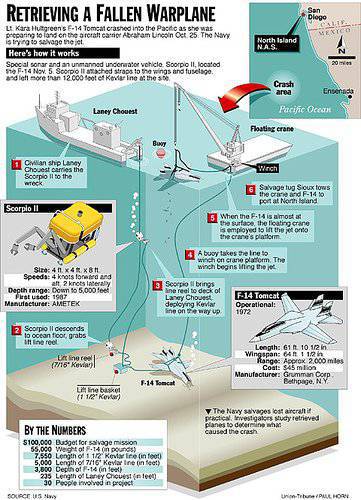 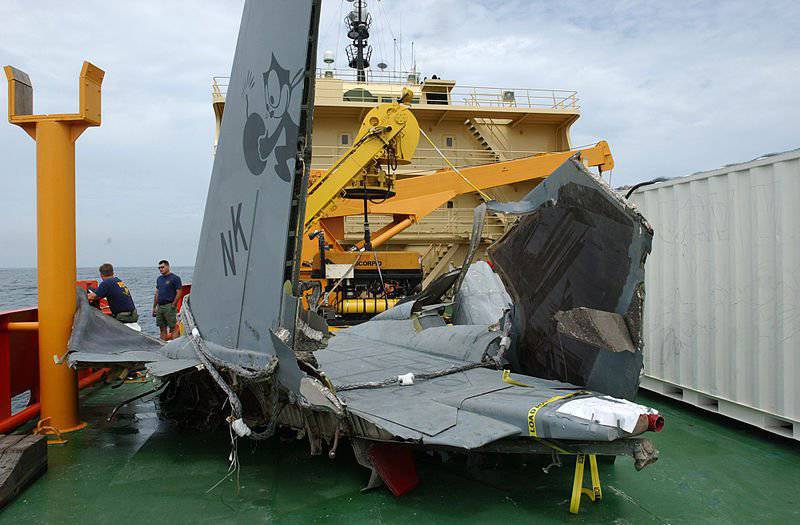 Resonant air crash caused a new circle of fierce disputes regarding the service of women in the navy and in aviation. Passions were seething with no joke - an accident of class "A", with the loss of an expensive aircraft and the death of a female pilot who had just received permission to control it. What conclusions followed from all this nasty stories? Politically incorrect question - is there a place for women in deck aircraft?

The results of the investigation of the incident were presented in open form - the official version associated the catastrophe with technical malfunctions on board the aircraft, the fault was completely removed from Lieutenant Haltgreen.
Vice Admiral Robert Span, commander of the US Navy in the Pacific, said that testing a similar scenario on an aircraft simulator (surging and stopping the engine on a landing glide) showed that 8 of 9 male pilots could not keep the F-14 in the air and suffered a catastrophe.

A new round of scandal erupted after information about the results of the internal investigation of the US Navy leaked to the press - experts agreed that the cause of the crash was a pilot error: realizing that the plane was landing at the wrong angle, Kara tried to correct the direction of flight - a critical situation for engines Tomkat F-14. Under certain flight conditions, at a speed close to the stall speed, such a maneuver reduces the density of the air flow through the engine compressor, below the limit level - the engine surges and stops.

The F-14 pilot's instruction strictly prohibits “yaw” during landing, alas, Kara violated this condition. The left engine is dead. What happened next - does not cause questions: the plane finally lost speed and fell into the water. 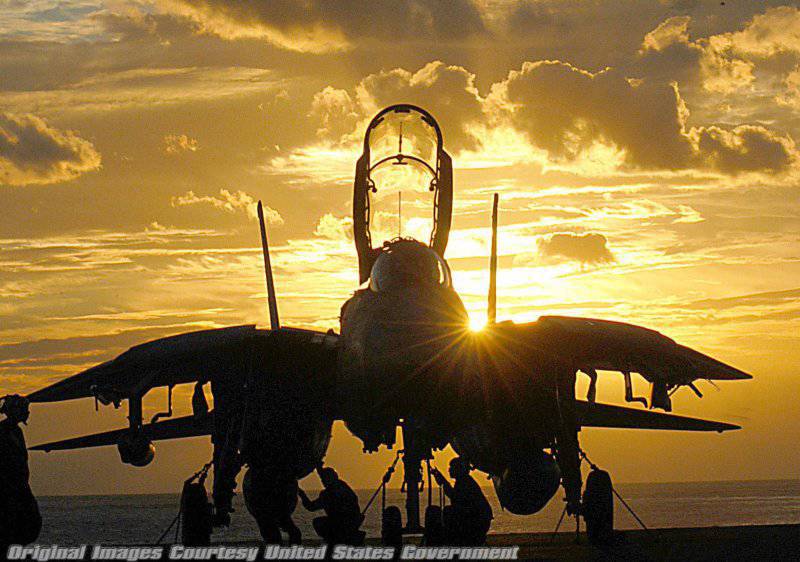 Disappointed with the female pilots, the command of the US Navy suspended her colleague Kara Haltgreen, another desperate damsel, Carrie Lorenz, from flying.

Lieutenant Lorenz also served on the aircraft carrier Lincoln as a pilot for the Tomkat F-14 interceptor, but, alas, the death of a colleague put an end to her future career as a deck aviation pilot. Carrie was asked "with things on the way out." Lieutenant Lorenz did not lose her head, and went to court, accusing the fleet leadership of discrimination and sexism. The case ended with a settlement - Carrie paid compensation in 150 thousand dollars, with the proviso that she would forget how to look in the direction of aircraft carriers and Tomcat aircraft.
In 1997, the “desperate housewife” returned to flight work, but alas, the slippery decks of the ships remained in the past - now she is allowed to fly only ground-based aircraft.

At a time when American squadrons master the “Strike Needles” and “Raptors”, the US Navy deck aircraft completely abandoned the flight services of the “beautiful half of humanity”. Why did it happen? Is it all the fault of the absurd death of Lieutenant Haltgreen? 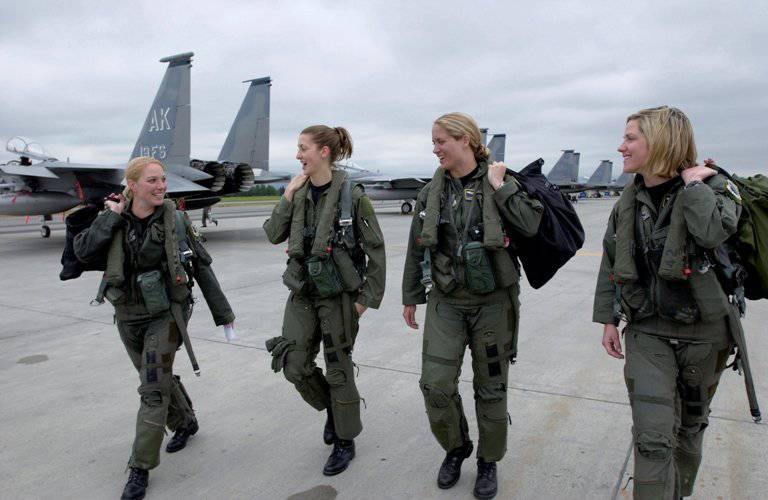 If we discard the idea that the F-14 squadrons initially specialized in the destruction of Soviet and Russian missile carriers, Karu Haltgreen is humanly sorry. Strong and purposeful lady. She stubbornly went to her dream. Perished in performance at the age of 29.

Frankly, the girl is not to blame. How not to blame and her "steel cat". The pilot and the plane acted at the limit of their strengths and capabilities, alas, the specificity of deck aircraft is such that landing Tomkata on an aircraft carrier is similar to running along the razor's edge - the Internet is replete with stories about the death of deck aircraft.

The concept itself is flawed - in conditions when the masses of jet fighters amount to tens of tons, and landing speeds are noticeably higher than 200 km / h (the machine balances on the verge of stalling speed) - in such conditions even the Nimitz 300-meter aircraft carrier deck is not enough for safe and efficient operation of modern aircraft.

As for precedent, women are at the helm of a deck fighter ... Well, well, feminists have achieved equality with men. Now let gay men fight for equality with women. 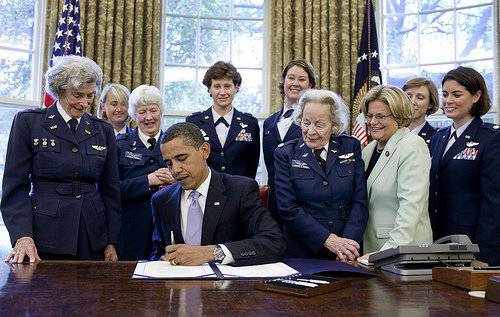 Video showing the service and death of Kara Haltgreen (2: 20)

Ctrl Enter
Noticed oshЫbku Highlight text and press. Ctrl + Enter
We are
American experts have identified the capabilities of the Chinese carrier-based fighter J-15 and did not rule out the appearance of the twin-engine deck-mounted J-10Overseas ladies liked the trenches
Military Reviewin Yandex News
Military Reviewin Google News
67 comments
Information
Dear reader, to leave comments on the publication, you must to register.