X-4B7 new US naval UAV made its first flight 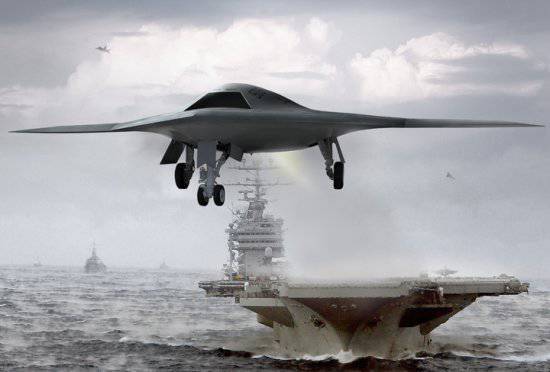 American military-industrial company Northrop Grumman, working in the field of electronics and information technology, the aerospace industry, shipbuilding, has created for the US Navy (USNavy), tailless jet aircraft X-47B.

This unit was built as part of a program to demonstrate unmanned combat systems. X-47B is comparable in size with a fighter and is an autonomous system that can independently perform combat missions. According to experts, this is a new step in the creation and development of such machines.

4 February 2011 of the year at the US Air Force Base in California X-47B made its first flight.

The test flight lasted 29 minutes, during the flight the drone reached the altitude of the flight in 1,5 km. made several maneuvers in the air and landed safely. Also during this flight, the navigation systems and aerodynamic surfaces control X-47B were tested. The unit was controlled by commands from the ground, but the possibility of flying the X-47B program is also provided. 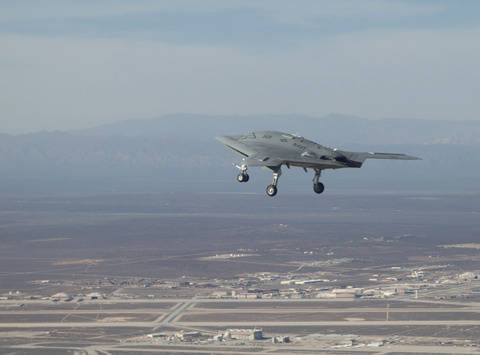 The new robot bomber is equipped with, among other things, a system of autonomous in-flight refueling, which is planned to be tested after tests of the aircraft at sea.

A press release from Northrop Grumman said: “For the new tests, the aircraft will remain at Edwards Air Base. He will later be relocated to the Naval Test Center in Maryland. ” Under a contract with the US Navy, the company will soon build another X-47B instance.

The first tests of combat X-47B drones on aircraft carriers, with takeoff and landing on the deck, are scheduled for 2013 year.