9 September 2013
63
В stories Russia stands out for very special events that determine our national identity and historical memory, instilling in us a sense of pride in our past and our ancestors. One of these events in national history was the famous 1. The defense of Sevastopol and a number of other glorious episodes of the Crimean War 1853-56.


The Day of Remembrance of Russian Warriors who fell during the defense of Sevastopol and in the Crimean War of 1853-1856, is annually celebrated in the Crimea for 18 years in a row. As you know, it was 9 of September that 1855 of the year ended with the 349-day 1. Defense of Sevastopol. For the first time, a memorable date was marked by official events initiated by the Russian community of Crimea through 140 years after the end of the Crimean War, in 1995. It happened in Simferopol, on the site of the Brotherhood cemetery abandoned at that time in Petrovsky gully, which was subsequently restored.

The Crimean War of 1853 — 1856 — the war of the Russian Empire against the coalition forces of France, Great Britain, the Ottoman Empire and Sardinia. 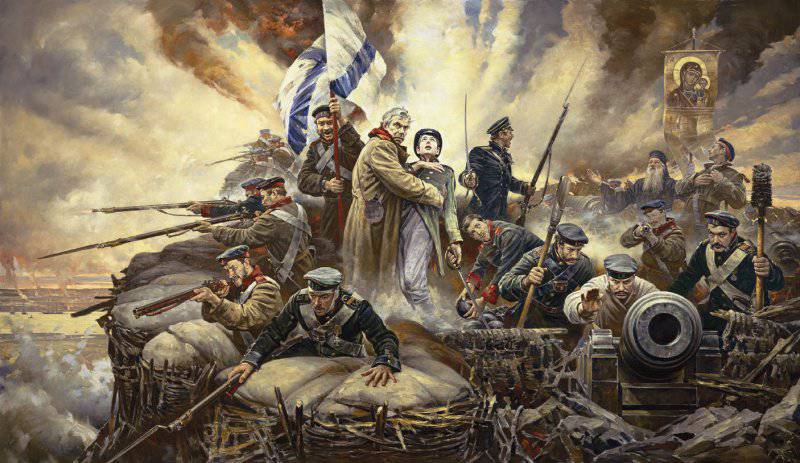 One of the reasons for the outbreak of hostilities was a diplomatic dispute with France over the control of the Bethlehem Church of the Nativity of Christ, as well as the entry of Russian troops into Moldova and Wallachia. The refusal of Emperor Nicholas I to withdraw troops from these territories led to the declaration of war of Russia, first by Turkey (4 (16) of October 1853), and then by Great Britain and France.

In the course of the unleashed hostilities, the coalition managed to concentrate the superior forces of its armies and fleets in the Black Sea region and to land in the Crimea, inflicting a number of local defeats on the Russian army. On the Caucasian front, the Russian army inflicted a number of tangible defeats on the Turks and captured Kars. The brightest page of the Crimea, or, as it is called in European sources, the Eastern War was, without doubt, the heroic defense of Sevastopol, once again demonstrating the resilience of the Russian soldier’s spirit and his ability to fight in the most difficult siege conditions, seemingly no chance of salvation.

Despite stubborn resistance and inflicting serious losses on the enemy, the threat of Austria joining the war forced Russia to accept the conditions of peace imposed on it. According to the Paris Peace Treaty signed in 1856, southern Bessarabia and the mouth of the Danube departed to the Ottoman Empire, and the Black Sea was declared neutral - these and a number of other geopolitical restrictions took Russia out of the Black Sea and Balkan maps for at least 15-20 years .
Ctrl Enter
Noticed oshЫbku Highlight text and press. Ctrl + Enter
We are
Reports from the militia of New Russia for 7 September 2014 of the year
Military Reviewin Yandex News
Military Reviewin Google News
63 comments
Information
Dear reader, to leave comments on the publication, you must to register.