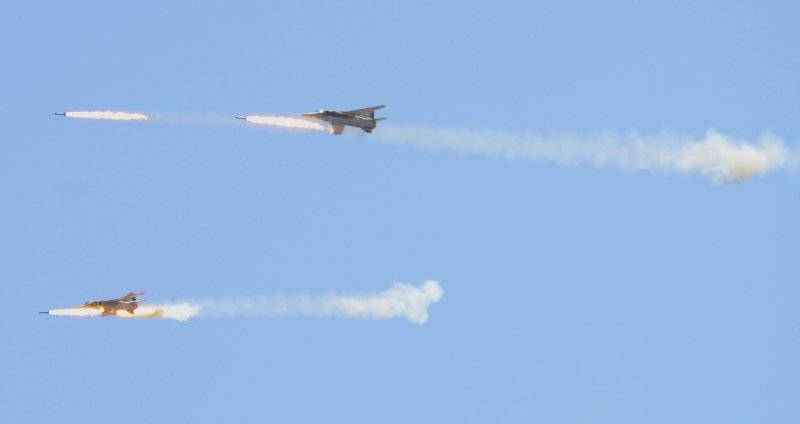 British radars at the RAF airbase at Akrotiri and Turkish air defense radars detected an approach to the exclusive Cyprus airspace of two unidentified combat aircraft flying from Syria. The incident occurred even 2 September, but it became known only now.


Su-24 fighter-bomber pilots refused to respond to requests from base dispatchers and fulfill their requirements.

The British command decided to intercept. In the air were raised Typhoon fighters. At the same time, two Turkish F-16 fighter jets were raised from the NATO airbase in Incirlik, reports MIGnews, citing the Mirror newspaper. The publication claims that the pilots were ordered to shoot down Syrian aircraft in case they violate the airspace of Cyprus.

The Syrian pilots, seeing British aircraft on their radars, turned around and flew to Syria.

Earlier, Western journalists declassified details of the upcoming strike on Syria. According to the Associated Press, foreign missiles will hit at once dozens of targets in the country in the predawn hours. In this case, the date of the attack is not specified. Dozens of Tomahawk missiles will be launched at strategic sites related to the military and state structures of Syria. However, chemical warehouses weapons will not be bombarded.

The attack will last for several hours, after which the NATO military using the data obtained from satellites, will assess the damage. Then, if necessary, another blow will be struck, and possibly several blows.

* Approx.
Su-24MK - modernized bomber, export version. A new aiming and navigation system PNS-24М “Tiger” was installed. Able to automatically and semi-automatically fly around the terrain at an altitude of 50 m.
In service with the Syrian Air Force - 20 Su-24

Ctrl Enter
Noticed oshЫbku Highlight text and press. Ctrl + Enter
We are
Bloggers published photos of Syrian Su-24MK being repaired in RussiaT-72B3 was declassified at the tank biathlon in Alabino
88 comments
Information
Dear reader, to leave comments on the publication, you must to register.