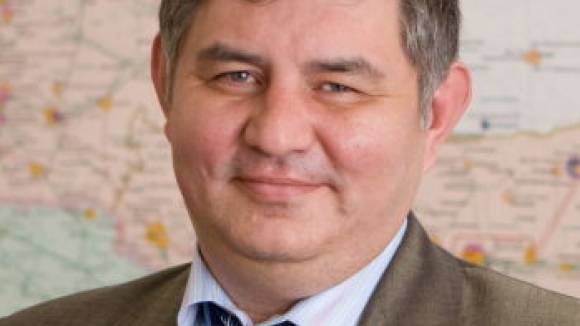 To wage a war in Syria "at a distance", with the help of pinpoint high-tech strikes, as Barack Obama promises, will not work. It seems that the Americans have hypnotized themselves and now seriously believe that with their “pinpoint strikes” they will easily bring down the “rotten regime” in the “country covered by civil war”. Yes, and not everyone here understands that inside Syria everything looks completely different, that two-thirds of the country's territory is out of conflict and people there fully support the republic in the fight against the rebels (which, by the way, does not prevent the opposition from regularly going to peaceful demonstrations with their requirements for power). These two thirds include the key mountain regions - Jebel Druz and Latakia, and, as shown by историяwho controls the "heights" controls all of Syria.

The rebels are localized in several cities and rural areas; the main resistance, in addition to foreign fighters, is the declassed elements recruited for money - if you want, the lumpen-proletariat, which appeared in the country as a result of the liberal reforms of the 2000-s. These are people who have no future, they have nothing to lose, and for participating in hostilities they give large, by their standards, money ($ 100 per day), and even a bit of a killed officer’s head. But even with respect to them, the Syrian leadership, realizing that there is no military solution to the political crisis, is actively applying amnesty.

Another important nuance is that in the current Syrian government all major confessional and ethnic groups are proportionally represented, and that is why, contrary to the expectations of many, the republican elite did not split. Contrary to the stereotype of the Western media, accusing Assad of patronizing "his", the Alawites in the government are a small minority - less than, for example, Christians, there are not so many of them in the country. In predominantly Muslim Syria, Christians are trusted with the most important posts, suffice it to say that former Defense Minister Imad Rajha, who was killed by a suicide bomber, was a Christian ... At the same time, the Syrians are very afraid of the “Levanization” of their state structure imposed from outside - the Lebanese model of “confessional quoting” for Syria, where it was never accepted to be interested in the religion of its neighbor, is destructive.

At last year’s election, when over 250 of thousands of candidates applied for 8 seats, the opposition went to parliament on a wave caused by sharp criticism of the existing order. After two weeks of tough, sharp and uncompromising negotiations, they were invited to the government of the country, providing two key positions - Deputy Prime Minister for Economic Affairs (leader of the “Narodnaya Volya” party, Dr. Kadri Jamil) and Minister of National Reconciliation (Dr. Ali Heydar of the Syrian social-national party, previously banned altogether).

One way or another, the military actions in Syria, in which the United States is going to intervene, are outside the actual Syrian political agenda. The terrorist war in Syria is an attempt by once-influential politicians associated with world oil and gas monopolies (not only Western but also Middle Eastern) who lost their positions (and sources of unjust but very large incomes) and emigrated to take revenge by joining the bloc global Sunni fundamentalists, primarily from al-Qaida.

But the international leaders of Al-Qaida - people who are extremely pragmatic and concrete - began to realize that they risk failing to exhaust all their mobilization potential. It is not by chance that in recent days there appeared information that the rebels began to withdraw their militants from Syria with their subsequent transfer to Egypt to support the local Muslim Brotherhood.

The US intervention in the “Syrian conflict” at this stage of development of the process is, of course, a source of new suffering and misfortunes for ordinary Syrians. But for the “sole superpower” this “decisive offensive” can be a crushing attack on a rake ...

Ctrl Enter
Noticed a mistake Highlight text and press. Ctrl + Enter
We are
A great interview with Sergey Lavrov: about Ukraine, Obama and IranWhat you didn't want to know about England
20 comments
Information
Dear reader, to leave comments on the publication, you must to register.