Syrian Special Forces ready for operations in the US 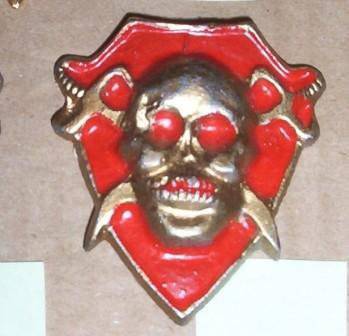 According to a high-ranking source in the Syrian Defense Ministry, several hundred employees of the Al-Waad al-Qass Syrian special forces landed on a legal and illegal basis in the United States. Combat groups numbering from 3 to 7 people are equipped with everything necessary and are intended to conduct sabotage operations in the event of a US strike on Syria.


In their composition there are employees of European, Asian and Latin American appearance, who know English well, many of them served in similar units in other countries.

All staff members have received special training in adapting to the conditions of the United States; many of them have been to this country more than once.

The objectives of the operation will be management and infrastructure facilities in the most densely populated US states - railways, electrical substations, power plants, hydraulic structures, oil and gas terminals, military, mainly aviation and naval bases. As a result of US operations, many billions of dollars will be damaged.

Terrorist acts against the civilian population will not be carried out.

As the officer noted, this decision was made by the Syrian leadership, based on the experience of the wars in Yugoslavia, Iraq, Libya, where the reflection of aggression consisted in a purely defensive strategy that doomed these countries to defeat in advance. "War in defense does not win ...", - said the source.

Syria’s special forces were established in the 1958 year, currently comprising one division and eighteen separate regiments (groups) of special forces. Their training was conducted by Soviet military instructors.

In the 60-ies, the Syrian commandos made numerous forays into Israel, where they ambushed transport convoys using rocket launchers.

In the 1973 year, during the Doomsday War, a mixed unit of the 82 th airborne battalion and 1 th commando group captured the reconnaissance center and the command and control station on Mount Hermon on the Golan Heights after a merciless hand-to-hand combat.

In 1982, in Lebanon, Syrian commando groups armed with RPG-7, Fagot and Milan ATGM successfully covered the withdrawal of the Syrian 1 armored division. Having organized a series of ambushes, they were able to significantly slow down the advance of the motorized columns of the Israeli army. Combat groups of 4-6 commandos, acting from ambushes, actually thwarted the offensive of the Israeli tank crews.

Special Forces of Syria, according to experts, is well prepared, has a rich successful experience of fighting in Israel, Lebanon, as well as in Syria itself, where in the past year alone they have destroyed thousands of foreign mercenaries, including current employees of foreign special services .

The Syrian Defense Ministry is confident of the success of the operations if they are carried out, since the United States, according to his assessment, is completely unprepared to conduct combat operations on its territory.

Ctrl Enter
Noticed oshЫbku Highlight text and press. Ctrl + Enter
We are
Army, aviation and fleet of Ecuador. What are the armed forces of a Latin American countryNATO aviation against Syrian C-300
Military Reviewin Yandex News
Military Reviewin Google News
363 comments
Information
Dear reader, to leave comments on the publication, you must to register.