What I see Russia, ready for the world ... And no wars 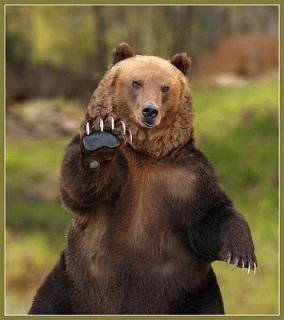 Write me an article inspired reading "How I see Russia, ready for war" by Vladimir Glybin. I would like to express my respect for the active patriotic position to the author, although, in my opinion, the article is imbued with youthful maximalism. As practice shows, life is not so simple, and the concrete implementation of any ideas depends largely on the individuals who implement it. As they say, the devil is in the details. I will only present my SUBJECTIVE opinion, because I have a technical education, not a humanitarian one.


According to popular wisdom, “Whoever remembers the old - that one won’t look out, whoever forgets the old - two eyes out”, so I remember a little the collapse of the USSR, carried out by the traitor and complete bastard Gorbachev. I am inclined to believe that the death blow was inflicted on the country by the adoption of two laws: the “Dry” law adopted in 1985 and the law allowing enterprises to sell raw materials abroad and relieving the directorate of responsibility for the implementation of a plan that was adopted in 1986. or 1987 As a result of the first, the shadow, criminal turnover of alcohol increased significantly, preparing the social ground for the collapse of the country. As a result of the second law, through small subsidiaries opened by the directorate at the plants, up to 70% of all raw materials were sold to the West within a few months. How it ended, everyone remembers that a criminal coup was made in the country with the support of traitors and intelligence agents of our geopolitical opponents. There is only one conclusion from this, today's “elite” is simply a criminal or comprador’s one, and often one and the other is a slurry that does not have any patriotic core, and it must be removed. The only question is how to do it technically. It is useless to plant for the simple reason that crime is a network structure, and you can manage it remotely, for example, by means of a “penny”, but the prison is “your own home”. Physically remove, this method has a negative in historical perspective, and, in addition, require a certain firmness and determination of the team that will carry it out. Personally, the second option seems more reasonable to me.

On the repressive functions of the state. Well, firstly, these functions exist in any state, even in a democratic one. Democracy is the majority dictatorship by definition. In my opinion, it is necessary to build such a system of selection of “cadres” of power, in which all those who want to use it for personal purposes will be eliminated. To prevent the recurrence of the Gorbachev effect, one should deprive the president and prime minister of the presumption of innocence and, upon assuming office, sentence the death penalty with a delay of, say, 10 years after the completion of work in these posts. Before the execution of the sentence, it is mandatory to hold a referendum, on the basis of which the ex-officials are either rehabilitated and accept honors from a grateful people, or the sentence is carried out. To prescribe this provision in the constitution, and when you try to cancel it, the initiator of cancellation is subject to physical destruction immediately. In addition, all senior positions are declared not out of the country for 20 years. The absence of foreign accounts, and any kind of property is also mandatory.

The state, as a social organism, is necessary for a comfortable and safe living of the people who formed it. Creating a state begins with an idea, creating a value system that unites people. And like any other organism, it must take care of its “health” if it does not want to die. Any system entering the state must meet this requirement in principle. By definition, the greatest value to the state is a citizen. For a citizen, the most important thing is to have time to realize his creative potential for the life that God has let him go; in principle, this is simple human happiness. Someone is being realized as a scientist, someone is like an athlete, someone is like a military man, and another is like a good organizer. Accordingly, the laws and the foundations of the state should work in this vein.

For example, the economic model. Now around the world there is one model. Under this model, banknotes (a measure of labor) can be printed only by an independent, and often private, bank that lends the money to a percentage of the government and other banks. An immediately reasonable question arises, where will the government take the money to cover this percentage, since it cannot print the money itself? Again, take from the central bank? But this amount will also be charged interest. I am not an economist, but, in my opinion, this system is vicious in its very principle, it (the system) turns money out of an instrument, a measure of labor, into a product. With this method, the whole world is simply driven into debt slavery and it can not last long. And then, the depths of Russia belong to its people, right, and the government sells the resources extracted from these resources and not only gives them to the geopolitical opponent (the so-called “safety cushion”), as well as to the domestic producer, i.e. to his own people, lends them at a rate of mad interest. Money, like any tool, must work, otherwise it is “dead meat”. In my opinion, the best “airbags” are developed: industry and infrastructure, energy, good education, medicine, etc. Another question is that every penny should be monitored and prevented any criminal schemes of robbery of our homeland. The state should in every possible way contribute to every HONEST citizen to realize their creative potential, aimed at strengthening the country and LITTLE to punish all sorts of destructive schemes.

The central bank, as well as strategic industrial facilities (oil, gas, energy, etc.) should be nationalized. The amount of money in the country should be fixed, emission is possible only by decision of the government and in extreme cases. Then, as the VP (gross product) grows, prices will decrease.

In order to prevent the formation of currency “bubbles”, in my opinion, it is necessary to separate the money supply circulating inside the country from the money used in international operations. Organizations and single producers (public and private) selling or buying goods and resources abroad, for these operations use a solid national currency provided with gold, or other valuable equivalent, exchanging it for "internal" rubles at the rate set by the state. And who will soon need green candy wrappers?

To prevent corruption and to facilitate the maintenance of the circulation of money, the country needs its own payment network, like “VISA”, which will be transparent to the tax and other regulatory services. All settlements between enterprises and single entrepreneurs should be carried out only within the framework of this payment system.

It is necessary to return Gosplan, i.e. create a body that will be soft, I repeat: gently, to regulate the amount of goods produced. The tool for this, in my opinion, can serve as a credit policy.

I already wrote about education, you can read here.

In conclusion, I will try to summarize my theses. The main wealth of the country is people, and not just people, but their creative potential. In the people it is called "the spark of God." Everything in the country should be set up to realize this potential, in a constructive direction. Conversely, any destructive element must be suppressed.
Ctrl Enter
Noticed oshЫbku Highlight text and press. Ctrl + Enter
We are
About Stalin and KhrushchevWhat we lost
31 comment
Information
Dear reader, to leave comments on the publication, you must to register.