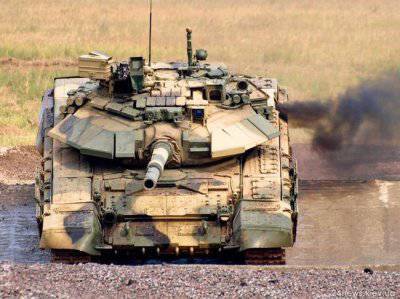 Ventilation is an important component not only for the room, but also for the equipment in which people move. Design and installation ventilation systems engaged by the company front-energo.com. On the website "FrontEnergoStroy" you can get acquainted with detailed information about the principle on which ventilation is installed in an office center or at an enterprise.
Much attention is paid to the installation of air conditioning systems in military technology. Without a modern air conditioning system, normal operation of the crew of armored vehicles is impossible. If we also take into account the fact that a tank or an armored troop-carrier can get into the affected area by chemical weaponsthen the air conditioning system takes on particular importance. For natural reasons, the first generation of armored vehicles did not carry air conditioning systems onboard. Air entered the car through the so-called technological holes in the armor. If the crew of such an armored vehicle came under the influence of poisonous gases, it could be saved only if each of its members had time to put on a gas mask.
Today the crew protection tanks and other armored vehicles from the defeat of poisonous substances attached great importance. Special filtering devices of air conditioners, which are equipped with armored vehicles, can prevent the ingress of toxic chemical compounds inside the combat vehicle. In this case, the developers take into account the fact that gases can flow through any of the technological openings in the tank or another armored vehicle, and therefore they use special materials to prevent the passage of toxic substances inside the armored vehicles.
When performing combat operations in the conditions of heat-sizzling heat, the use of specialized ventilation systems in armored vehicles is more than justified. The air passes through multi-level filtration and, with the help of rapid cooling technology, acquires an acceptable temperature. If the air is contaminated, then the crew has the opportunity to include in the air conditioning system a mode of high filtration, which will allow to clean the air to acceptable and non-hazardous for the health of crew members values. One of those modern tanks in which the air conditioner is available is the Russian T-90 in its various modifications.
Ctrl Enter
Noticed oshЫbku Highlight text and press. Ctrl + Enter
We are
Family BTR-60 / 70 / 80 in combatIs the "old" well forgotten to become the "new"? Part-2. At the call of honor and duty
Military Reviewin Yandex News
Military Reviewin Google News