An-148: Iranian contract and current problems

9 September 2013
19
In the first days of September, the Ukrainian media circulated newsregarding several recent developments aviation industry of Ukraine. According to press reports, Iran intends to purchase 40 An-148 and An-140 aircraft from Ukraine. The term of signing and the details of this contract have not yet been specified. Iran already has experience in operating Ukrainian An-140 aircraft and therefore can expand the fleet of airliners with the help of new An-brand equipment. 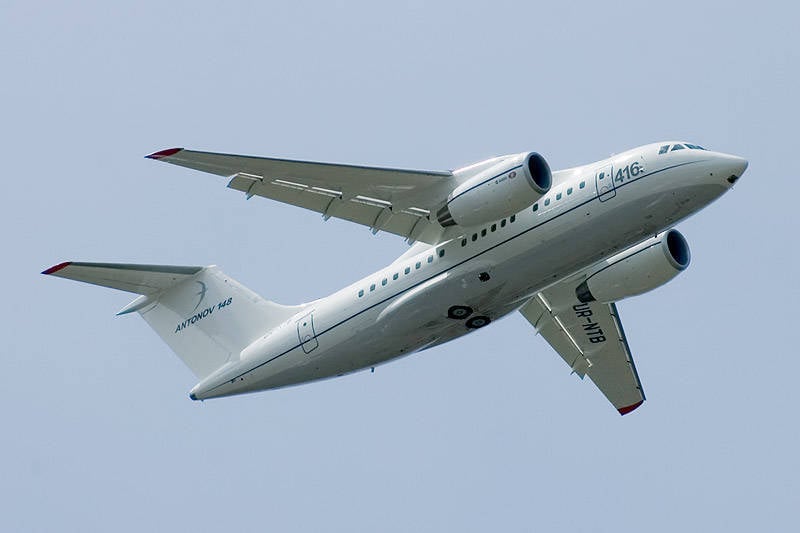 According to estimates by Iranian analysts, by 2021, the country should use at least 600 passenger aircraft. 270 of them must have from 100 to 150 places. With so many airplanes and such payload parameters, Iran’s civilian air fleet will be able to efficiently carry cargo and passenger flights under the conditions of the next years. Currently, Iranian civil aviation is mainly composed of Soviet and Russian aircraft. Due to various sanctions, Iranian state and private organizations cannot acquire equipment produced in a number of Western countries. In this regard, Iran has shown great interest in Russian and Ukrainian aircraft.

Iran’s possible purchase of Ukrainian aircraft will be useful not only for Iranian air carriers. To date, only 26 units of An-148 aircraft have been built. The news about the Iranian contract includes almost one and a half times the large number - 40 of boards. Thus, only one contract will significantly increase the pace of production of aircraft, which will have a beneficial effect on all organizations and enterprises related to the creation and construction of the An-148 aircraft.

However, the state of the An-148 project is not as positive as its creators would like. This aircraft made its first flight in the 2004 year, and in the middle of the 2009, the first production vehicles began to operate. Since then, only two and a half dozen such aircraft have been built, most of which are used by various Russian organizations. There are also orders for the construction of several dozen aircraft. At the same time, according to some calculations, the total market potential of An-148 is a few hundred units that can find work in the next 10-12 years.

A large number of orders, and in the future, the construction of aircraft for Iran, is associated with some difficulties of a production nature. Initially, the construction of An-148 was carried out at the Kiev factory of the Antonov company, but the modest capabilities of this enterprise did not allow a significant increase in production rates. Because of this, we had to negotiate and deploy licensed construction at the Voronezh Aviation Plant (VASO). This step has significantly increased the pace of production of Ukrainian aircraft and improved their export prospects. 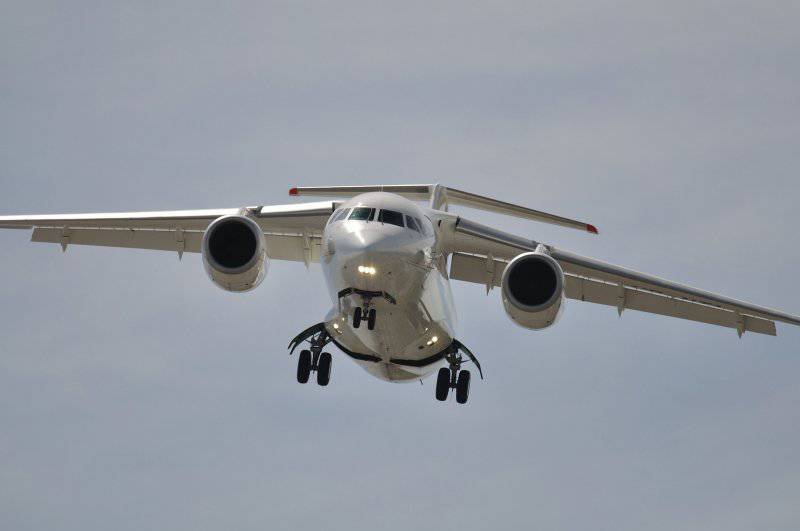 A number of specialists believe that the low rate of production of the An-148 aircraft and difficulties in entering the market are politically motivated. On the basis of the An-148, planes of several variants can be built, differing from each other in capacity of the passenger compartment, etc. characteristics. However, some of the options for the An-148 may be direct competitors to the latest Russian design - the SuperJet 100 aircraft. This, according to a fairly common opinion, caused some problems of the Ukrainian project.

The assumption of a “confrontation” between two aircraft finds both confirmations and arguments against it. This version is supported by the fact that the Russian aircraft manufacturers, referring to the workload of production, refused to expand the construction of the An-148 elongated modification called An-158 at their enterprises. In the base case, this aircraft is capable of carrying 99 passengers to a distance of 2500 kilometers. Thus, An-158 becomes a direct competitor of the Russian "Superjet". However, the assumption about the political background of the An-148 situation can be refuted by the fact that the Russian United Aircraft Building Corporation nevertheless agreed to begin production of the Ukrainian aircraft at its enterprises. Thus, the question of the reasons for the not so great success of the newest Ukrainian aircraft remains open.

According to the official information of the Antonov company, the An-148 may be interested in a large number of airlines and other aircraft operators. As one of the main advantage of the aircraft is the possibility of operation from ground airfields and performance in a wide range of temperatures, from -55 to + 45 degrees. A number of arguments in favor of the An-148 relate to its power plant. Allegedly, the two engines D-436-148 provide efficiency at the level of the best world achievements, and also give the aircraft a high power-to-hand ratio. The aggregate characteristics of An-148 is often called at least one of the best aircraft of its class in the world.

Nevertheless, one of the best aircraft in its class is not yet expected to be popular. The number of machines built and ordered leaves much to be desired, and the project's prospects are still vague and ambiguous. The latest news about a possible contract for the supply of aircraft to Iran sounds optimistic and can have a positive impact on the entire project. However, at the moment information about a possible contract has not received official confirmation of the parties. Therefore, the state of the project An-148 continues to be ambiguous and generating controversy.