9 September 2013
11
In the mid-1960s, the United States, together with Germany, designed a promising new main battle tank MBT-70. The new machine was supposed to replace the M60 tank and surpass the T-64 in service with the USSR. MBT-70 embodied quite a lot of original technical solutions for that time. The tank turned out to be relatively successful but had one very significant drawback - the high cost. In this regard, in September 1969, the US Department of Defense revised its attitude to this program, and on January 20, 1970 the project was discontinued. Both the US and Germany continued independent work on the main combat a tank - American XM803 and German Leopard II. 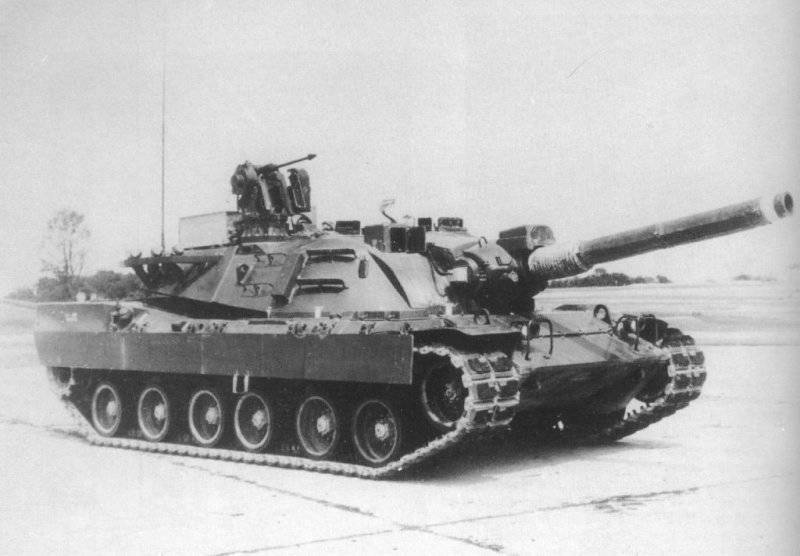 In the United States, after completing work on the MBT-70 in 1970, the army proposed that the US Congress military committee allocate funds to continue work on the next generation tank. As a basis, it was proposed to use MBT-70. The “simplified” version was assigned the XM803 index. Since the main reason for abandoning the MBT-70 project was the high cost of the vehicle, the main efforts were aimed at simplifying and cheapening the new tank.

In the tank XM803 was saved layout MBT-70. The front compartment of the tank served to accommodate the fuel tank, separated by an airtight armored barrier from the combat compartment. In the tank there was no separate department of management, the driver, like other crew members, was located in the tank turret. In this case, the driver had a separate rotating capsule inside the tower. Rear engine compartment located.

The hull and the hull tower largely repeated the MBT-70. Since the entire crew was located in the tower, it was quite large. The tower had a cylindrical closed basket, which in fact was a fighting compartment. In the XM803 tank, as in its predecessor, there were no habitable compartments outside the turret basket. Tower XM803 tank had some differences. For example, due to the fact that the command transmitter for anti-tank guided missiles was moved from the left side of the turret to the gun mask, the number of different grooves decreased, which simplified its design and reduced the cost of manufacturing the turret. 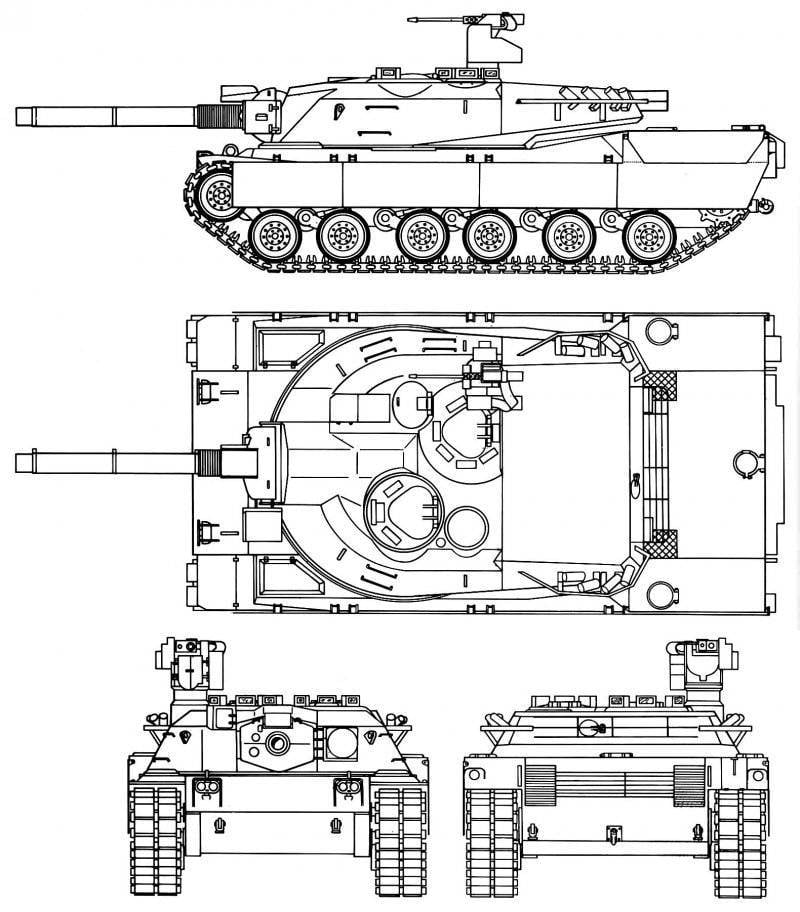 The main weapon of the XM803 tank was a XM150 E6 rifled tank gun of the 152 mm caliber, which was also the launcher for the Shillelagh guided missile system. The gun was stabilized in two planes and equipped with an automatic loader. To improve the reliability of the automatic loader improved the company "General Motors". With the main gun was paired machine gun M73 caliber 7,62 mm. Gun ammunition was 50 shots, machine gun - 6000 ammunition. On the left, on the tower of the MBT-70 tank, there was a remote-controlled retractable 20-mm gun. However, to make the XM803 cheaper, the Americans replaced this gun with a 12,7-mm M85 machine gun with a remote control mounted on a thumbnail carriage. The ammunition of the machine gun M85 was 900 ammunition.

The tank was equipped with a fire control system with a laser range finder, an electronic ballistic computer, and atmospheric sensors. They were able to reduce the total cost of the tank, including by combining the commander of the day and night sights into one in the panoramic sight (the construction is simpler and the cost is lower).

On the XM803 was installed 12-cylinder V-shaped diesel Continental AVCR-1100-3 with turbocharging. The engine at 2800 revolutions per minute gave out the power of the 1475 hp, but for greater reliability it was lowered to 1250 hp. The transmission and hydropneumatic suspension with variable ground clearance remained virtually unchanged, the only thing that the suspension lost one of the hydraulic shock absorbers to facilitate maintenance and reduce the cost. 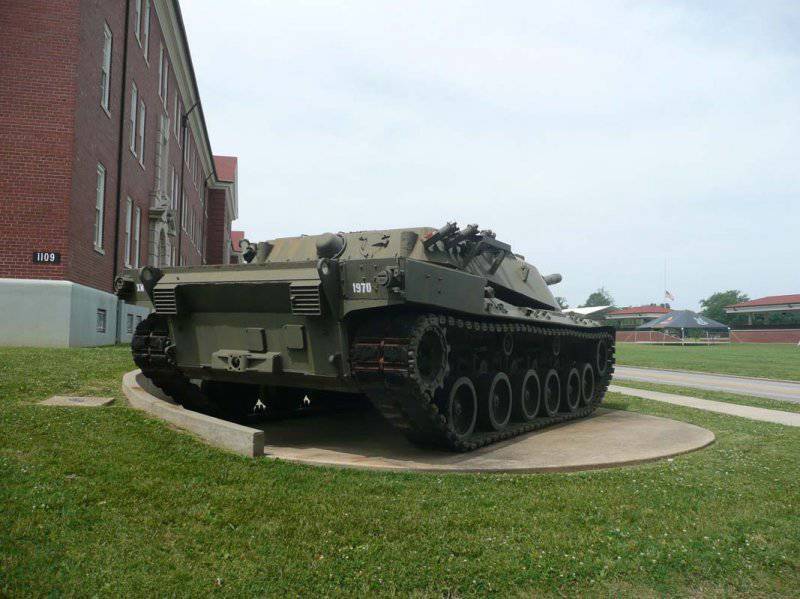 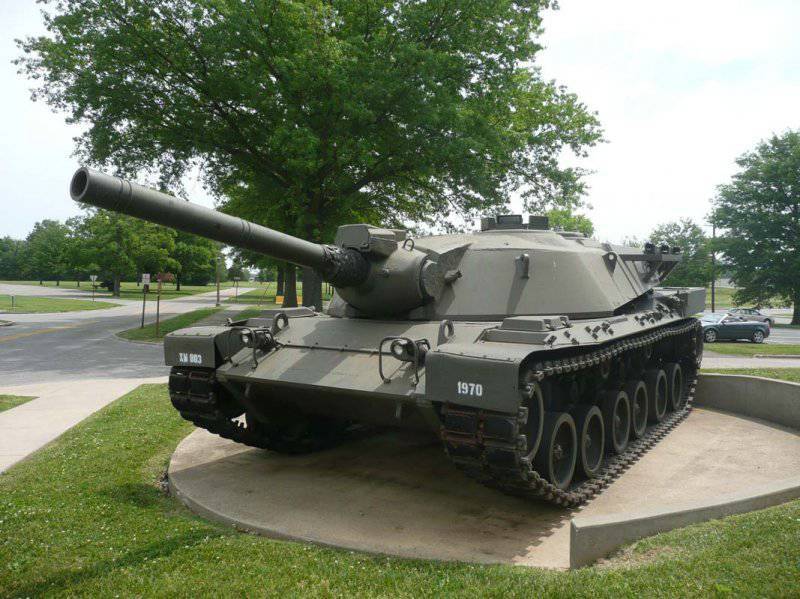 But, despite all the efforts of the designers, the cost of the main battle tank XM803 dropped by only 100 thousand dollars. After long debates in November 1971, the committee submitted to Congress a proposal to stop financing the XM803 project. The main arguments were again unreasonably great complexity and high cost of the tank. The proposal of the military committee Congress supported. At the same time, during the discussion of this issue, it was recognized that it was necessary to continue work with a view to replacing the M1980 tank in the 60s. The final decision on the minimization of work on XM803 was taken in 1972 year.

Ctrl Enter
Noticed a mistake Highlight text and press. Ctrl + Enter
We are
German main battle tank Leopard 2: stages of development. Part of 11Modernization tank LEOPARD 2: the game and the players
11 comments
Information
Dear reader, to leave comments on the publication, you must to register.