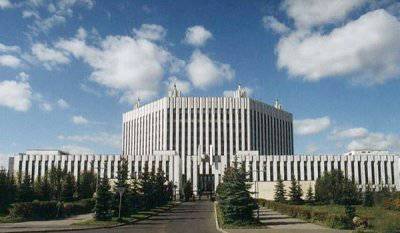 The beginning of this school year in high schools and colleges of the Ministry of Defense began according to a new tradition. One of the commanders came to each of them with a parting word. The minister himself visited the General Staff Military Academy, his deputies, as well as the chief commanders of the branches of the Armed Forces, the commanders of the branches of the armed forces, the chiefs of the central military administration, took part in the celebrations devoted to the Day of Knowledge in universities of Moscow, St. Petersburg, Krasnodar, Kostroma, Novosibirsk, Kazan, Smolensk, Ryazan, Tyumen, Voronezh, Vladivostok, Kaliningrad, Tver, Volsk, Omsk, Yekaterinburg, Ulyanovsk, Kronstadt and other cities of the country. If we consider that 15 thousands of cadets and students, of which 200 girls are sitting at the desks this year, the scope of the celebration is impressive. Especially against the background of the fact that many military universities over the past few years have not been supplemented at all by cadets. A set last year amounted to just over 2 thousand people.


This year, for example, the full-fledged recruitment to the Military Academy of the General Staff resumed. Instead of 16 students, as it was recently, the lion’s share of which was represented by the Internal Troops and the Border Troops, this year the 91 senior and senior officer was recruited. They will study there for two years. Enrolled in VAGSH and foreign listeners. In total, 240 officers will study at the academy.

Training was renewed as a freshman at the Kirov Military Medical Academy. For the first time since 2009, 674 cadets were taken here, among them 36 girls. 150 people enrolled in residency. The academy has resumed training of doctors in specialties that are in short supply for the army - dentists and pharmacists Again, studies began at the Yaroslavl branch of the Military Space Academy named after Mozhaysky and at the Tver Military Academy of Aerospace Defense named after Marshal of the Soviet Union Zhukov. 1190 people were taken to the universities of the Air and Space Defense Forces, among them 66 girls. They became sovereign, subordinate only to their chiefs and commanders, the Ryazan Higher Airborne Command School named after Army General Margelov and the Tyumen Higher Military Engineering Command School named after Marshal of the Proshlyakov troops. In addition, at many military academies and higher military schools, courses for training sergeants and foremen with secondary special education, as it was in Ryazan, are open. There are such courses at 63 for future midshipman and foremen and at the Baltic Naval Institute named after Admiral Ushakov.

These are not the only examples of the return of military education to common sense. It is important that the leadership of the military department is trying to do everything possible to ensure that new military equipment and simulators that go to the troops go in parallel to the universities. Future commanders and specialists need to be trained not on that “hardware”, which people will not find in the army already, but on those machines, on which they, if necessary, will have to fight and own which they will need to train their subordinates. Another feature of this year is a sharp increase in practical training for future officers. For example, flight training is provided for students of the Air Force Academy. Information technology and information security will be taught to VAGSH listeners - a general and a colonel who has not mastered a computer will never persistently teach his subordinates to work on automatic combat control systems both at the tactical and operational-tactical level. And if the future commander does not have a training course for working with UAVs, with robotic systems and complexes, then a modern commander will never be able to make it out of him.

True, one thing is to declare training in new programs and academic disciplines, another is to introduce them into the daily practice of university training. In order for students to feel the importance of mastering advanced methods and methods of conducting combat operations, mastering promising military equipment and modern techniques of military confrontation, their teachers should be an apologist for this approach to combat work. But where to get such mentors, if new approaches to the training and education of future officers are just beginning to take shape. And gaps in the training of students for three or four years could not affect the level of the faculty of universities. Although the chiefs responsible for the organization of military education, they say that studying in those universities where recruitment of first-year students did not occur has never stopped. There was a retraining of officers sent to study from the troops, training of trainees was organized according to the programs of additional professional education, training of sergeants under the program “two years plus ten months”, retraining for specialties demanded by the market, officers who were to retire in the coming months ...

We can not say about one more direction of training of the future officer and specialist. Education in it needs to constantly update their knowledge and expand the military and political outlook. Without constant intellectual work on oneself, without mastering a very wide range of knowledge not only about the future military profession and adjacent to it, but also a foreign language, literature, modern politics and international relations in all their contradictions, there can be no modern officer - a representative of the Russian elite , a responsible and versatile person, the commander and father of a soldier.

Let's hope that the beginning of September 1 study in higher and secondary educational institutions of the military department will be aimed, among other things, at the education and training of the elite officer of Russia.

Ctrl Enter
Noticed oshЫbku Highlight text and press. Ctrl + Enter
We are
"Admiral of the Fleet of the Soviet Union Gorshkov" of the 22350 project - transition from St. Petersburg to KronstadtRogozin visited Nizhny Tagil, shot from a tank and a gun
16 comments
Information
Dear reader, to leave comments on the publication, you must to register.