Battleship by the new rules of the game 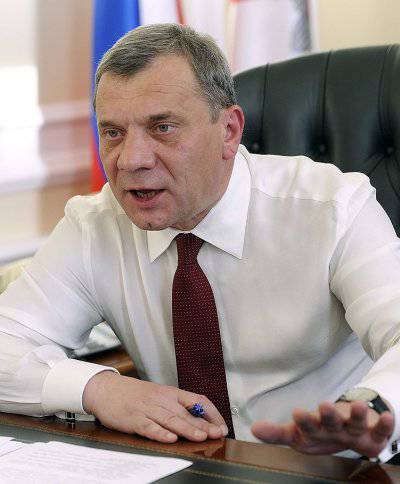 Yesterday, Deputy Minister of Defense for Arms Yuri Borisov held a meeting on military shipbuilding. Listing all the mistakes that led to the disruption of previous state armament programs, he called for a radical review of relations between military structures and the shipbuilding industry. The meeting was the first of its kind: soon similar events will affect aviation component and aerospace defense forces.


The speech of Mr. Borisov was held yesterday at the Krylov State Research Center (St. Petersburg). He noted that the last three state armaments programs (LG) were not fulfilled due to a number of reasons: incorrect estimation of the forecasted allocations, high inflation, low advances, undervalued prices adopted during the formation of LG, and advanced growth in the cost of products. "All this made the state program inoperable the next year after its adoption," the deputy minister frankly admitted, stressing that the pricing problem is particularly acute in shipbuilding, where "the cost of the ship is comparable to the budget of a large city." The Deputy Minister also noted the presence of a large number of research works carried out by the Ministry of Industry and Trade and not agreed with the Navy. "As a result, the R & D program lives separately from the LG, and the industrial base does not provide a scientific and technical basis for the development of advanced weapons and military equipment," said Mr. Borisov. "As a result, several lead and serial ships cannot be handed over in due time that development work has not been completed. "

As Kommersant found out, the first problem was encountered when creating a diesel-electric submarine of the 677 project.

"The lead model was planned to be delivered in 2007 year, however, trial operation began only in 2010, because tests of the Lyra test sonar complex were not fully carried out, and the CRM-66 radar surveillance system was not completed in time," the source said. " “Ministry of Defense. - The work with the electrodynamic separator was not completed, and they could not reach the full power of the electric propulsion system for a long time." The second problem was revealed, in particular, during the creation of the 20380 project corvette: there, he said, tests of a whole range of armament complexes were not completed: the Redoubt anti-aircraft missile, the Monument-A radio-electronic, and the Anti-submarine Package. As a result, the deadlines for the delivery of the N1002 corvette were transferred from 2011 to 2012 year, N1003 from 2011 to 2013, and N1004 from 2012 to 2014.

Yuri Borisov reminded the audience yesterday and about President Putin’s instructions to develop a X-NUMX for the beginning of the year by the forces of the Ministry of Defense and Defense Complex a long-term program of military shipbuilding up to 2014. According to him, this program will ensure progressive evolutionary development of the naval composition of the ship, a reduction in the type of ship projects and an increase in their serial production. Afterwards, he urged those gathered in the Krylov Center to consider the issue of coordinated development of the industrial and technological base of industry with the plans of the Navy to build ships.

The interlocutors of Kommersant, who attended the closed part of the meeting, noted that the main message of the spokespersons of the Navy’s main headquarters was to build fundamentally new relations both in the development of the new state armament program before 2025 and in its implementation. ". “We need a systematic approach,” Yuri Borisov told Kommersant. “The current state program is revolutionary: when it was accepted, everything was bad in rearmament issues and it was necessary to reach a new level at any cost,” Borisov told Kommersant .- When developing the next military program, we would like to focus on quality, since the amount of its funding will be less than the current one. " The deputy minister noted that the technical tasks to be developed will strive for maximum unification, an optimal type, and also pay for a longer life cycle: "We need ships with a lifetime of not 30, but 50 years, capable of passing five or six upgrades." According to him, now it is necessary to find such mechanisms of motivation so that the shipbuilders would be profitable to produce fewer products, but with better quality.

According to Kommersant’s information, this meeting was the first of a series of events: soon similar meetings will be held on military aviation and aerospace defense forces.

Ctrl Enter
Noticed oshЫbku Highlight text and press. Ctrl + Enter
We are
"Army Games". Masters ABT. Part 1"Army games 2015". Opening with our eyes. Reportage
14 comments
Information
Dear reader, to leave comments on the publication, you must to register.