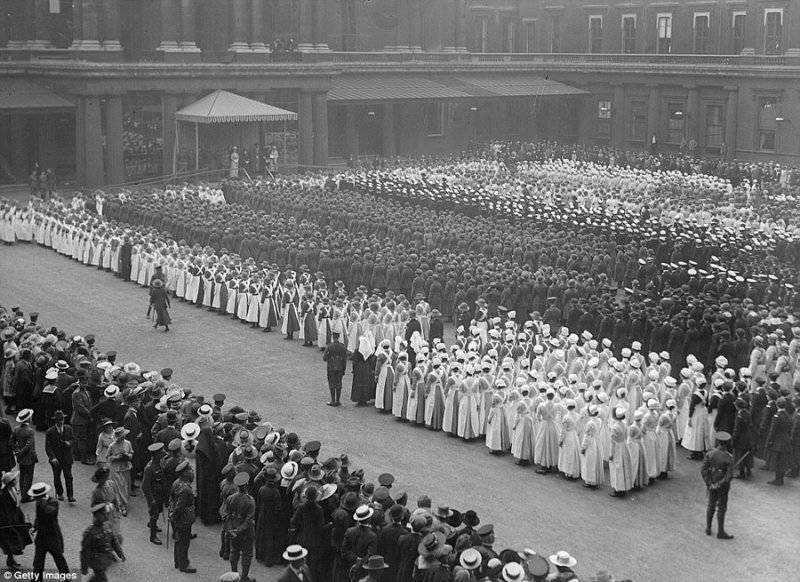 Women at the parade near Buckingham Palace in 1918 year.

More than one and a half million British women during World War I went to work for traditional male positions. Others became nurses to treat soldiers on the battlefield and on their return home. 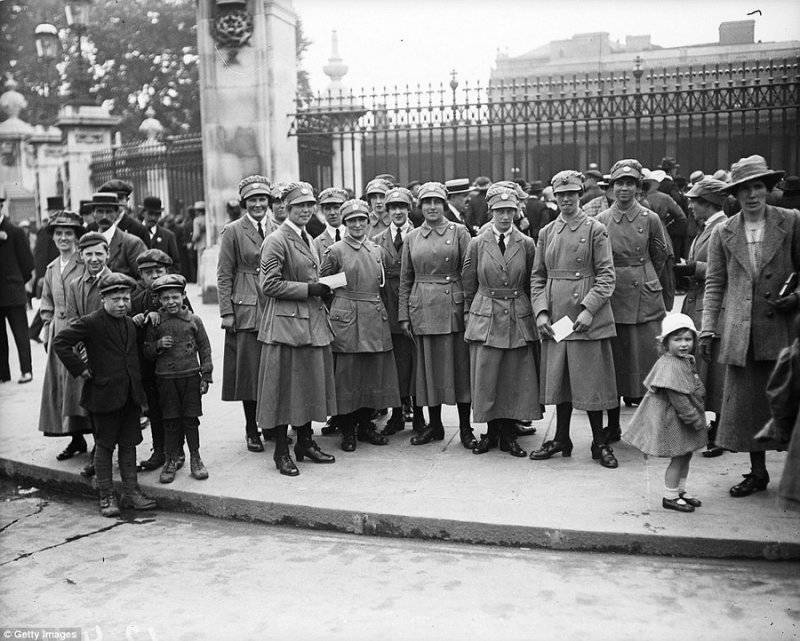 Women from the Royal Air Force at the parade in 1919 year.

The Great War, as they call the First World War in the West, gave rise to female regular units. So, in 1916 to help the Royal the fleet The Royal Royal Maritime Service was established. In 1917, the Female Auxiliary Corps of the Army appeared, and in 1918 the Female Royal Air Force appeared. However, most of these women never approached the front line, but were engaged in auxiliary work.

However, there were others. For example, 20-year-old journalist Dorothy Lawrence (Dorothy Lawrence) in the 1915 year joined the British Expeditionary Force, posing as a man. 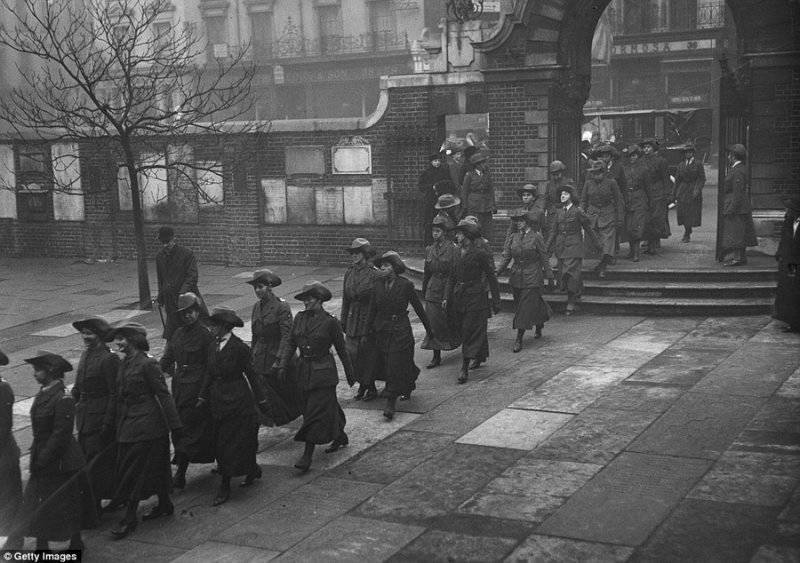 Nurses working both at home and on the front line in 1915. 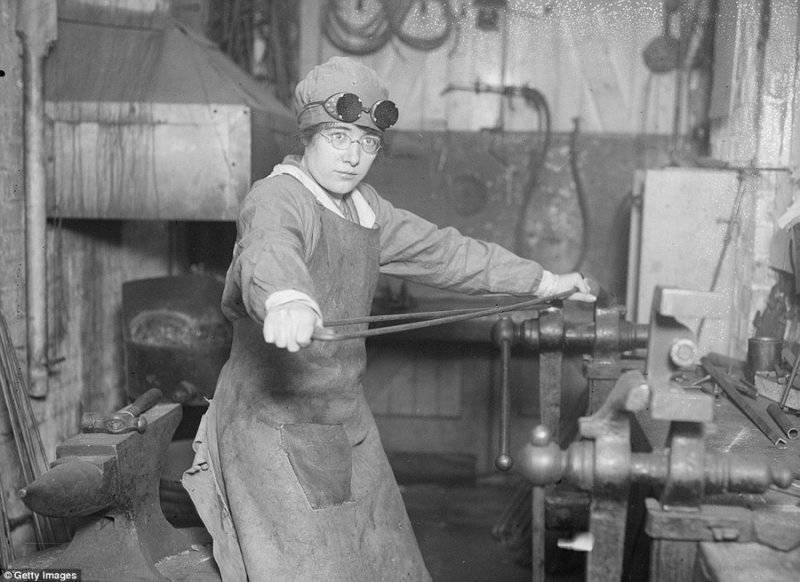 A woman makes prostheses in a military hospital in Kensington.

But for the majority of British women, the war consisted in the fact that they had to take the places of men who went to the front in factories and mills. More than 247 thousands of British women worked in government docks, factories, arsenals and fire brigades. 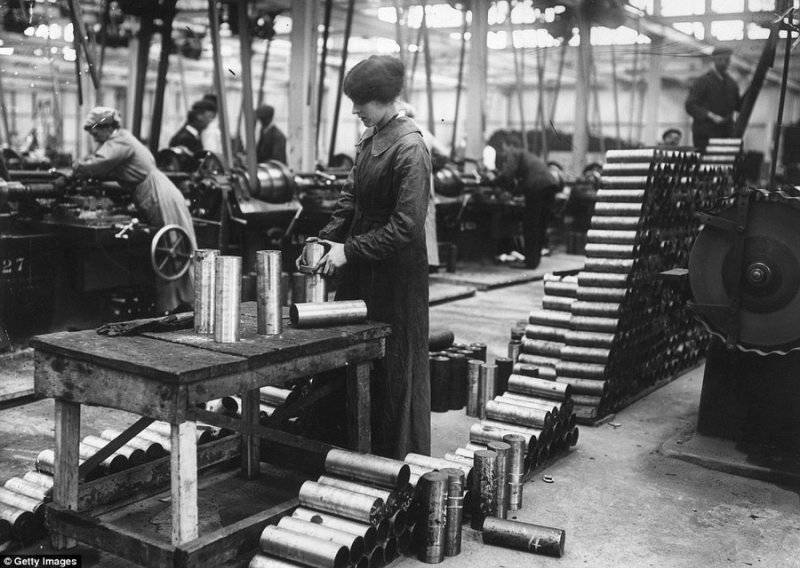 Many women were involved in liner plants, January 1915.

Another 950 thousand arrived at military plants for the production of ammunition. Women worked in difficult conditions, because of the effects of sulfur, their skin turned yellow, for which they were called canaries. They produced 80% of all shells and ammunition for the British Army. By the end of the war, more than 400 people died as a result of explosions at work and from the harmful effects of chemicals, including nitric and sulfuric acid. 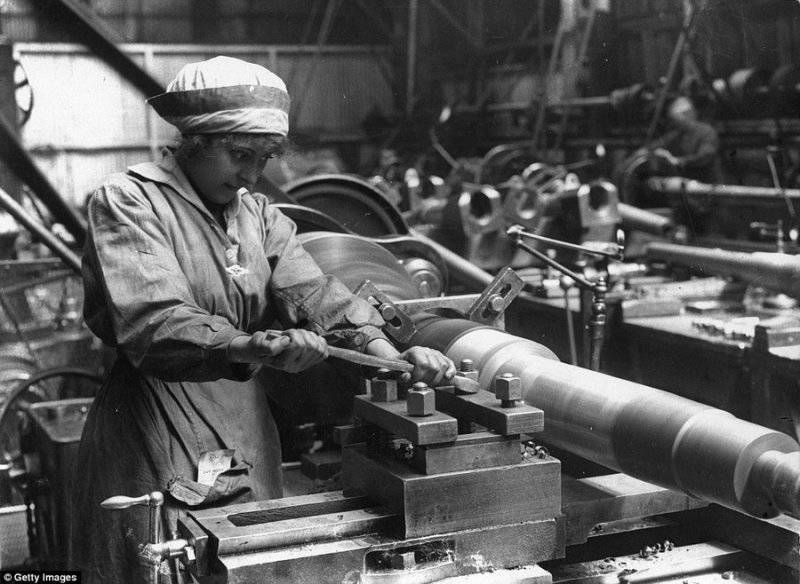 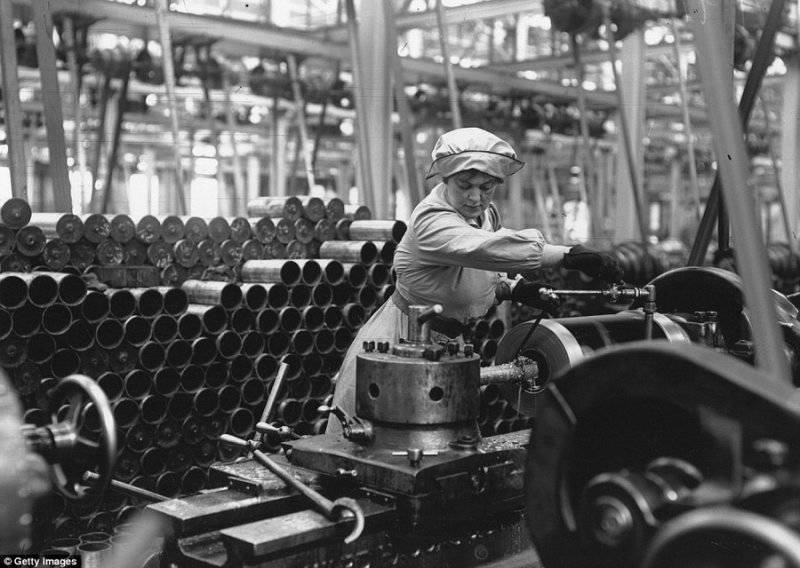 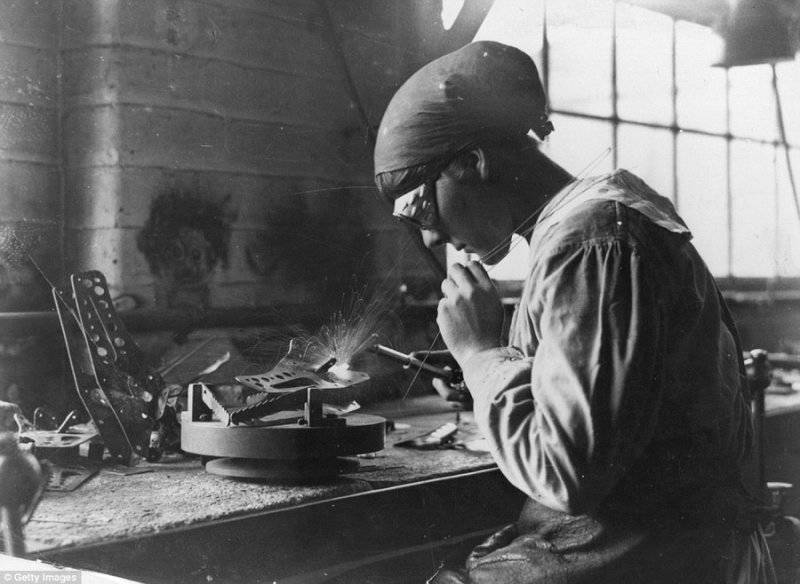 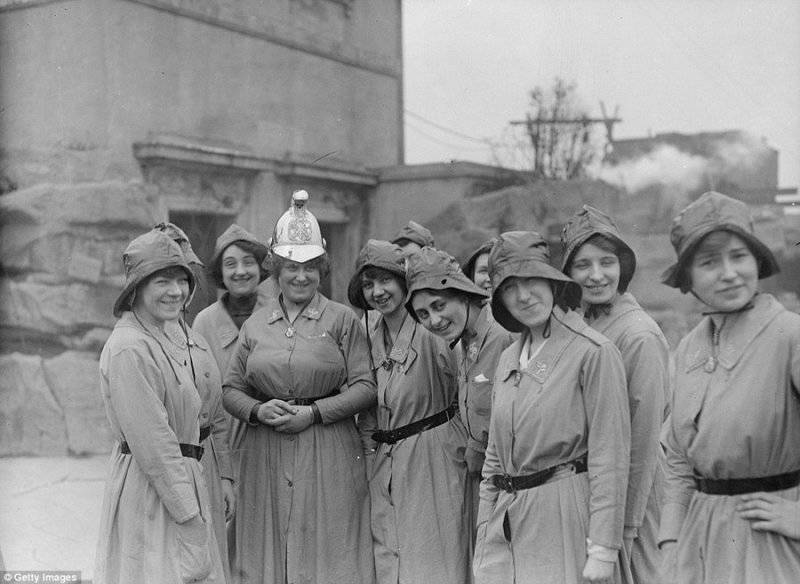 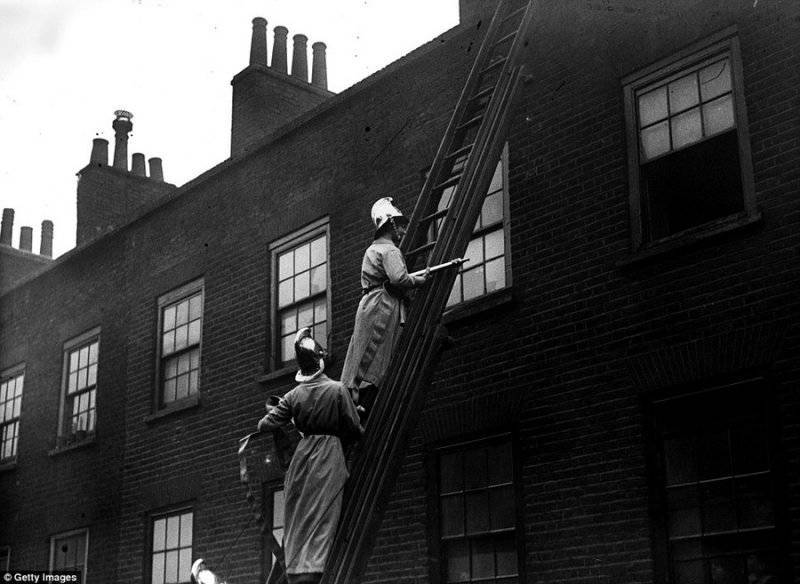 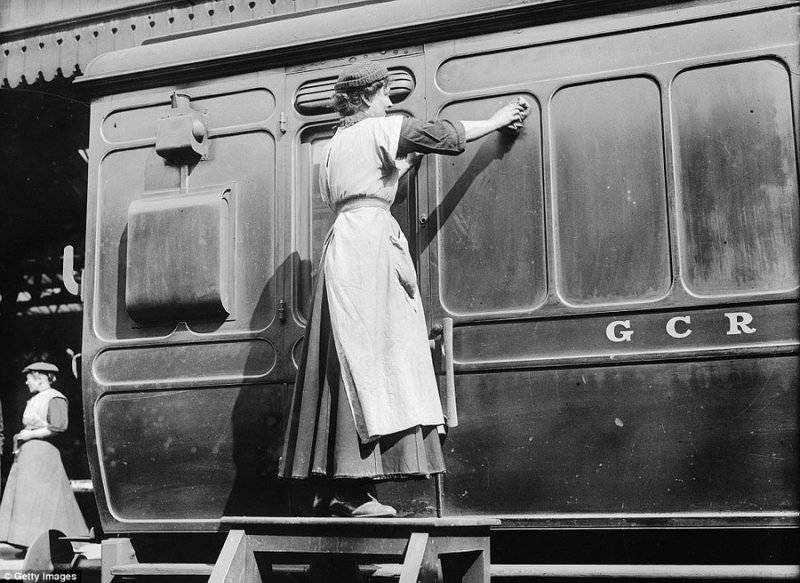 Other British women were involved in agricultural work, civilian and even banking services.

The state organization, called the Women's Land Army, was responsible for providing the country with food, and by the end of the war 260 thousands of volunteers joined it.

A huge influx of women was observed in the transport industry. Their number increased by 555% and reached approximately 100 thousand people. 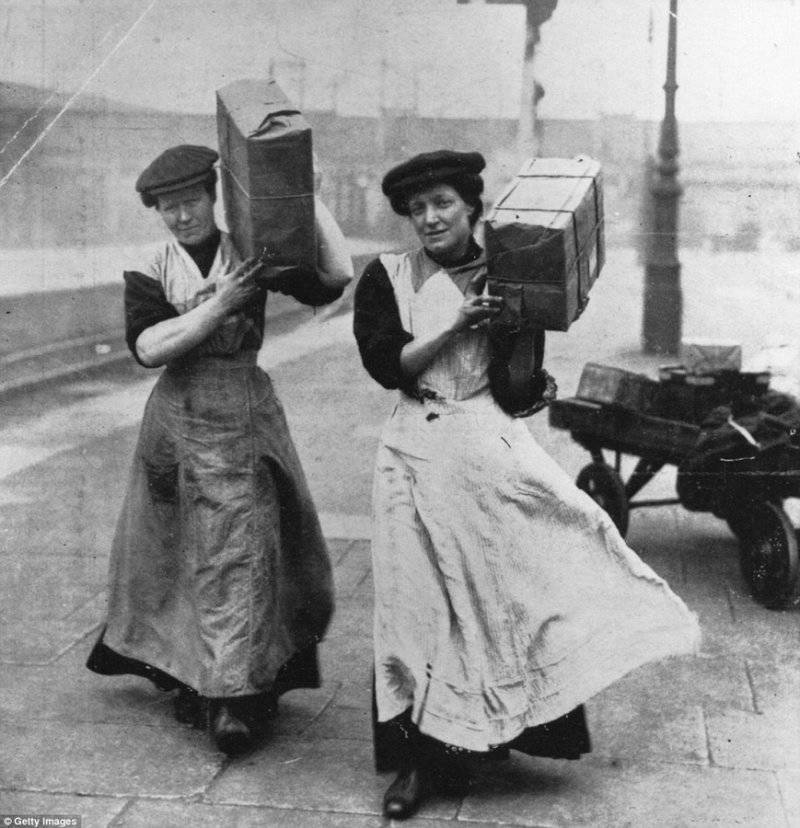 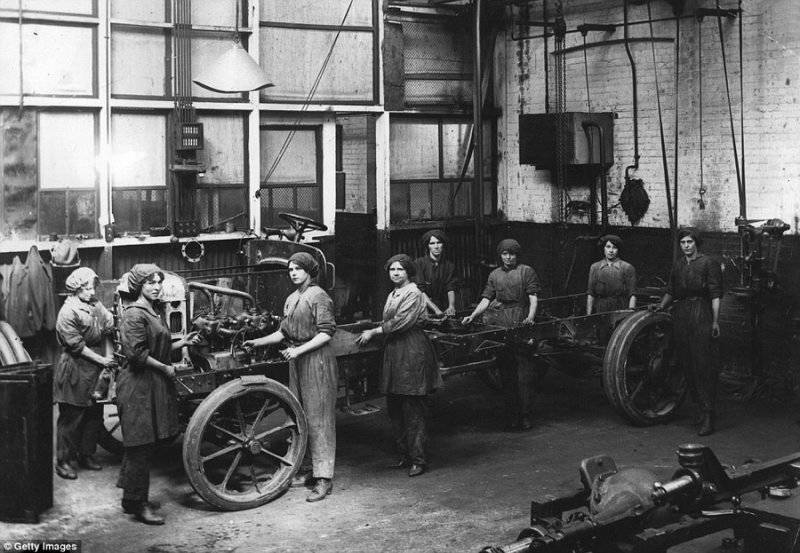 Despite their contribution, when the men returned home, the women lost their jobs. Nevertheless, their merits were appreciated and three years after the end of the war they received the right to vote, notes The Daily Mail. 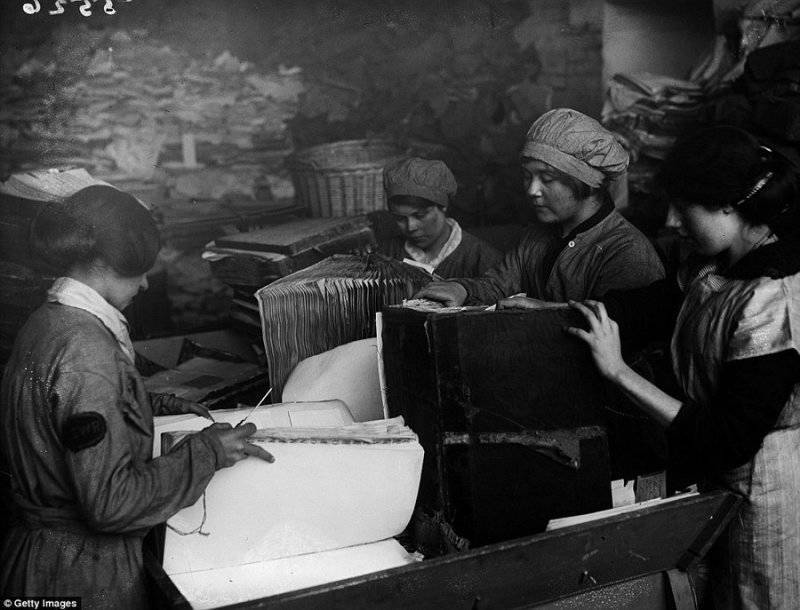 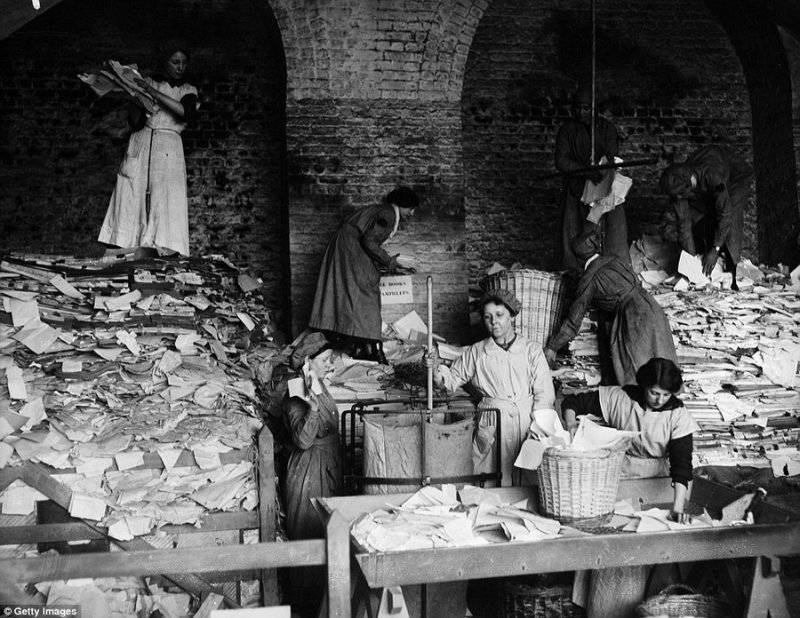 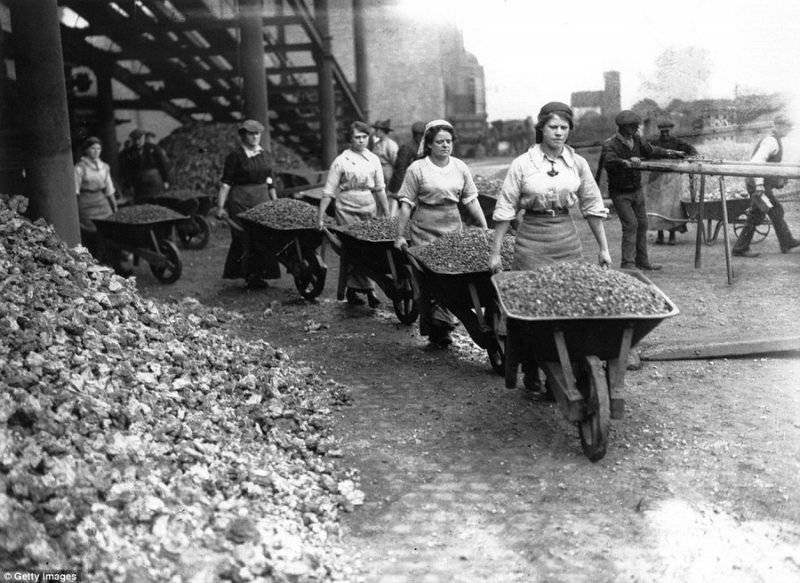 Ctrl Enter
Noticed oshЫbku Highlight text and press. Ctrl + Enter
We are
The action “Military service under the contract is your choice!” In Rostov-on-Don: future contract servicemen, exhibitions and “Russian Knights”Great Patriotic War in color
20 comments
Information
Dear reader, to leave comments on the publication, you must to register.