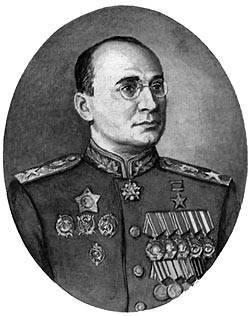 Born and raised in the Caucasus, Joseph Stalin and Lavrenty Beria understood perfectly the primitive communal psychology of the Highlanders, with her mutual responsibility and the collective responsibility of the whole clan for the crime committed by its member.


Therefore, it was decided to liquidate the Chechen-Ingush ASSR. In the conditions of war and the need to punish mass desertion, evasion of military service, direct betrayal and gangsterism of thousands of Chechens and Ingushes - this was the right decision. Justice, which was recognized by the deported peoples and their neighbors.

Rumors about eviction went among the Chechens, confirming the findings:

“The Soviet government will not forgive us. We do not serve in the army, do not work in collective farms, do not help the front, do not pay taxes, banditry is everywhere. ”

Responsible for the operation "Lentil" were Commissioner GB 2-th rank I. A. Serov, his assistants, Commissioner of State Security XNUM-th rank B. Z. Kobulov, S. N, Kruglov, Colonel-General A. N. Apollon. Each headed one of the 2-x operational sectors, which divided the republic. Lavrenty Pavlovich Beria personally controlled the operation.

Given the scale of the operation, moreover, in mountain conditions, it was decided to carry out the deportation within 8 days. For the first three days cover the lowland and foothill districts, partly mountain settlements, in total over 300 thousands. In the next 4 of the day, take the mountain regions, covering 150 thousands of people.

During the 1 stage, mountain settlements were blocked by the military, which were entered in advance. 6-7 thousands of Dagestanis were brought to eviction, 3 thousands of Ossetians.

Beria announced the decision of the government to the head of the Council of People's Commissars Mollaev, along with him were outlined and assembled 9 executives from Chechens and Ingushs, who also announced the decision and the reasons for encouraging him to take They had to actively assist in conveying information to the population, 40 party members were chosen from local, who in 24 districts chose an activist according to 2-3, to explain to the population at local gatherings.

Beria talked with the most influential clergymen, who should also have done additional work, through their “channels”.

Party and clergymen from the local population were promised, for their help, benefits in resettlement (the rate of things allowed for export was increased).

From 2 on the night of February 23, the settlements were cordoned off, ambushes and patrols were set up at certain places in advance. At dawn, the men convened for gatherings, where a decision on deportation was announced. In the mountain districts, the gatherings were not convened, due to the large dispersion of settlements.

Each operation group, from one Chekist and 2's soldiers of the NKVD, was to carry out the eviction of 4's families. Upon arrival to the house of the evicted, a search was conducted, cold and firearms were seized weapon, currency, anti-Soviet literature. The head of the family was asked to extradite members of gangs and accomplices of the Nazis.

Then people, first of all women with small children, possessions, were loaded onto vehicles and, guarded, were sent to the gathering place. They were allowed to take food, small and agricultural equipment, money, jewelry with them, per person they were allowed to take 100 kg. Agricultural equipment, fodder, cattle issued a receipt for issuance at the new place of residence.

All suspicious persons were arrested, while trying to resist, fleeing the shooting on the spot.

There was no real resistance, the proud sons of the mountains, obediently went to the assembly points. Isolated instances of flight and cover were prevented. A total of 50 people were killed during the operation. During the operation, an 2016 man was arrested and 20072 weapons were seized. The operation was completed on time - a week.

Neighboring peoples with the Chechens and Ingush, reacted approvingly to the operation.

Among the “black myths” about our stories, the opinion goes that the eviction of Chechens and Ingushes was accompanied by their mass death, allegedly between a third and a half of the deportees died. But, according to the documents of the NKVD - 0,26% of their total number, 1272 people died during transportation.

Chechens and Ingushs (and their families) honestly fulfilling their duty to a common homeland were not subjected to repression. They were deprived of their right to live in the Caucasus, but they could live in any other point of the Union. Also, they did not evict Chechenok and Ingush women who were married to people of other nationalities.

Another myth is about the alleged heroism of the bandits and their leaders, who were able to hide or flee, and who fought against “Stalinism”, almost until the people returned from exile (under Khrushchev). But this is also a lie, almost all the bandits were killed or arrested during the operation.

After the operation “Lentils”, the level of criminality in the territory of the former ChI ASSR fell to the level of “calm” areas.

The Chechen-Ingush ASSR was abolished, 4 of the region was transferred from its composition to the Dagestan ASSR, to the North-Ossetian ASSR - one district, the Grozny region was formed on the rest of the territory

Ctrl Enter
Noticed oshЫbku Highlight text and press. Ctrl + Enter
We are
Beria is the protagonist of the USSR atomic projectThe myth of the injustice of the eviction of Chechens and Ingush in 1944
Military Reviewin Yandex News
Military Reviewin Google News
5 comments
Information
Dear reader, to leave comments on the publication, you must sign in.