"Will be destroyed within 20 minutes." Americans consider Russia to be equal only at the level of nuclear weapons. 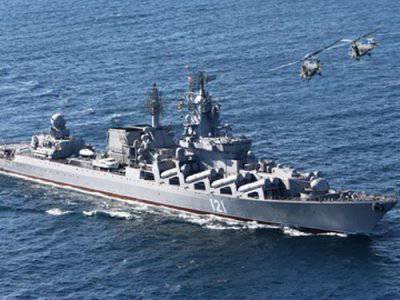 Russia's nuclear arsenal allows it to position itself as a superpower, but in the field of conventional weapons, it is not included in this category. This was stated by the chairman of the Joint Chiefs of Staff of the United States Armed Forces, Martin Dempsey. Experts recognize that now there is no parity in the field of conventional weapons, and Russia compensates for its reliance on nuclear weapon, but in the coming years the situation will change.


On Wednesday evening, the Senate Foreign Affairs Committee supported the resolution authorizing the military operation in Syria. Martin Dempsey, chairman of the Joint Chiefs of Staff of the United States Armed Forces, who participated in the hearings, said that an assessment of Russia's possible response would be presented to congressmen in closed hearings. “I don’t think that I can now go into such hypothetical discussions. We will give these assessments in closed hearings, ”said Dempsey.

According to him, Russia still has elements that allow it to position itself as a superpower. “For example, a continuing nuclear arsenal. But in the field of conventional weapons, I would not include Russia in this category, ”the general said.

Recall that before the summit G20, which opens Thursday in St. Petersburg, Russian President Vladimir Putin gave a detailed interview to Channel One and the American news agency Associated Press. Putin was asked how Russia could respond to the use of force, whether it is on the side of Syria or interrupt a relationship with her.

Putin made it clear that Russia has "its plans, but for now it is too early to talk about it." “These are the plans of Russia in the case of the development of the situation in one, the second or the third scenario. We have our own ideas about what and how we will do if the situation develops, either with the use of weapons or without them. We have our own plans, but for now it’s too early to talk about it, ”Putin answered.

Konstantin Sivkov, the first vice-president of the Academy of Geopolitical Problems, does not consider Dempsey’s statement on Russia's military potential in the field of conventional weapons far removed from reality. “I would say that Russia is not part of the“ middle-aged ”powers, if we take the ratio of military potential and area. Russia is at the level of Belgium, ”Sivkov told the VIEW newspaper.

According to him, with the current composition of the armed forces, Russia is capable of solving problems in no more than two armed conflicts on a Chechen scale. For local war, he is sure, a group of half a million people will be needed. “Local war is what was called“ Storm in the Desert ”, these are ordinary operations that the Americans repeatedly conducted. In the Vietnam War, the American military group numbered 1,5 million people. Today, Russia with the full mobilization of troops can create a grouping of no more than 250 thousand people, ”the expert believes.

As for the comparison of the Russian Navy with the American fleet, then Sivkov noted that, for example, the Northern Fleet is able to effectively solve the problem against one carrier strike group. “Americans will have at least four such groups in the event of a conflict,” Sivkov believes, adding that the Pacific Fleet can successfully solve problems against one or two aircraft carrier groups, “and there will be up to six of them.”

The Black Sea Fleet, according to Sivkov, in its composition corresponds to one ship-strike group, which in the Sixth US Fleet can be up to 10. “Only in the Turkish Navy there are about 30 submarines, and the Black Sea Fleet of the Russian Federation has only one,” the expert said, stressing that Russia is now “only holding nuclear weapons”.

As for the Russian cruiser sent to the shores of Syria, accompanied by two cover ships, if the Americans decide to strike at them, “they will be destroyed within 20 minutes”. "The fifth operational squadron, the Soviet, had there in the ordinary conditions of the order of 30 warships, and such force could withstand aggression," said Sivkov.

However, the chief editor of the National Defense magazine Igor Korotchenko notes that Russia does not create an army like the United States, and "we have other tasks." “In the field of equipment with equipment, all four Russian military districts will be sufficiently equipped in the near future, so that each of them can repel threats that they may fall within the area of ​​responsibility of,” said Korotchenko to VIEW.

He recalled that in recent years Russia has paid considerable attention to the development of its capabilities in the field of conventional weapons. According to him, the state program of armaments laid the figures for financial expenditures, which will allow 2020 to reach the level of manning the troops with new equipment up to 70%. “It will be a good indicator. Today, to a large extent, we use outdated Soviet weapons, but the progress that is taking place is obvious, ”said Korotchenko, pointing out that Defense Minister Sergei Shoigu attaches paramount importance to the flow of new weapons into the troops.

According to the expert, the troops recently adopted a brigade kit of the Iskander-M operational-tactical missile system. Attention is also paid to the arrival of drones, and serial purchases of S-400 anti-aircraft missile systems have begun. “In the field of conventional weapons, it should be noted the supply of new armored personnel carriers, automotive equipment. In 2015, the first fifth-generation Armata tank is expected. 2200 of these will be purchased tanks. On aviation serial purchases of new front-line Su-34 bombers and Su-35 fighters are in progress. It is expected that more than 1200 helicopters of various types will be delivered to the troops. All this suggests that priority is given to the issues of increasing combat readiness and equipment, ”the expert said.

At the same time, he also stressed that in the field of nuclear weapons, Russia remains a superpower, and “even the temporary inequality in the field of conventional weapons is compensated by the country for reliance on nuclear weapons. “Any potential aggressor imagines that if he unleashes military operations against Russia, she will be able to respond with strategic and tactical nuclear weapons, and this in any case equalizes the chances and makes the global military-political situation around the Russian borders stable,” Igor Korotchenko is convinced.

Ctrl Enter
Noticed oshЫbku Highlight text and press. Ctrl + Enter
We are
A great interview with Sergey Lavrov: about Ukraine, Obama and IranWhat you didn't want to know about England
Military Reviewin Yandex News
Military Reviewin Google News
334 comments
Information
Dear reader, to leave comments on the publication, you must to register.