Korea - Unknown War of the USSR

6 September 2013
19
Until the middle of the 70s, the Soviet Union did not officially recognize its participation in the Korean war of the 1950-1953. In the award lists and death announcements, they spoke of "a particularly important task of the party and the government." And today, few people know about this page of the national stories. But in the skies of Korea for 3 years, Soviet and American pilots waged a real war for the possession of the sky, figuring out "who is who". The sky left for the Soviet aces. This article is dedicated to the memory of Soviet pilots who fought and died in Korea.


"Hot" episodes of the Cold War

After the representatives of Japan 2 September 1945 of the year signed the act of surrender, the USSR and the USA again became rivals. The confrontation between the two world superpowers and the economic and military blocs headed by them remained in history as the “Cold War”. But the war was not always cold. Often the confrontation turned into a “hot” phase. Numerous military conflicts in Asia, Africa, Latin America and the Middle East had in their background the desire of the USSR or the USA to establish their control, their hegemony at a certain point in the world. The territories of many countries became polygons where the USSR and the USA tested their military equipment, tested in practice new methods of warfare, where officers acquired and improved their combat experience.

25 June 1950, the North Korean army crossed the 38 parallel, the former border between the two Koreas, and began to move rapidly to the south. By mid-August, about 90% of the territory of South Korea was under the control of the DPRK troops. The US military decided that this was a very good reason to conduct large-scale military field exercises in conditions as close as possible to combat exercises. In order to provide political cover for the United States, through the UN, it pushed through a resolution on the introduction of peacekeeping forces in Korea, and on July 1 the first American military units landed on the Korean peninsula. To the great surprise of the American military, North Korean troops broke through the defenses of their 24 Infantry Division and stormed the city of Cheonan defended by it. The division that had not had time to depart was surrounded and soon ceased to exist, its commander, Major-General Dean, surrendered. 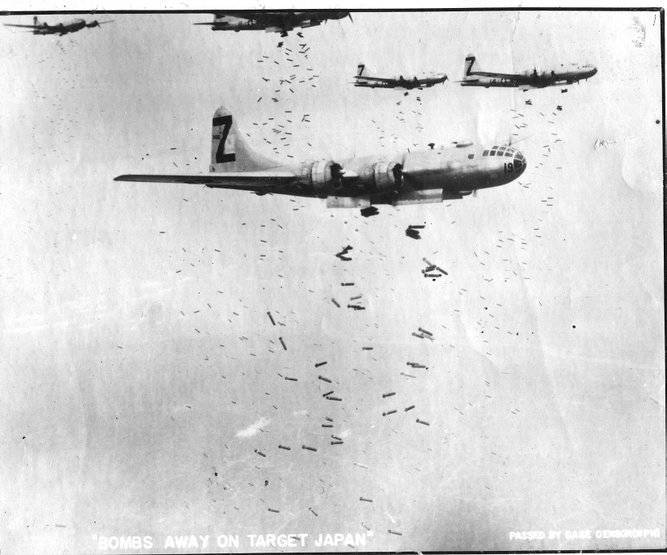 The United States began to urgently increase the number of peacekeepers in Korea. Soon the military units of Canada, Australia, Great Britain and other countries joined the US military. 15 states sent their military contingents to Korea. By September 1, the number of "blue helmets" in Korea exceeded 180 thousand, half of them were Americans. On September 15, all this colossus, twice the size of the DPRK army, went on the offensive and literally crushed the army of North Korea into powder. The decisive role in the success of the offensive was played by the superiority of the “peacekeepers” in armaments, military equipment and, above all, in aviation. 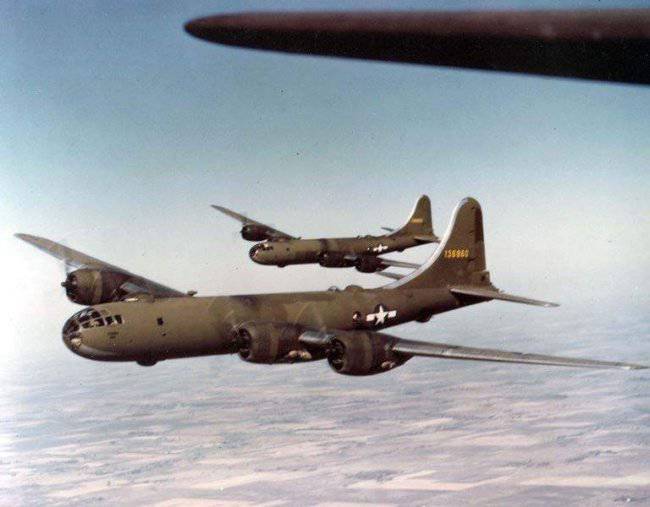 UN troops against the DPRK army

The strike force of the "UN peacekeepers" became strategic bombers B-29 - "Flying Fortress", inaccessible to anti-aircraft artillery, capable of carrying up to 9 tons of bomb load. Covered their jet fighters F-80 "Shooting Star". 835 aircraft 5 th Air Force, the US Air Force fought 200 piston LA-9, LA-11 and attack aircraft IL-10. The North Korean Air Force was doomed. By September 20 they left 20 stormtroopers and 1 fighter, who survived a miracle. In this situation, the American pilots, "showing courage and selfless courage," began methodically destroying the North Korean armed forces from the air, dropping tons of bombs on them, thus ensuring the success of ground-based tactical operations. By October 1950, UN troops were already approaching the Chinese border.
North Korean leaders turned to China and the USSR for help. China sent thousands of "volunteers" to help the 270 southern neighbor, and the USSR took over the air cover of the troops. 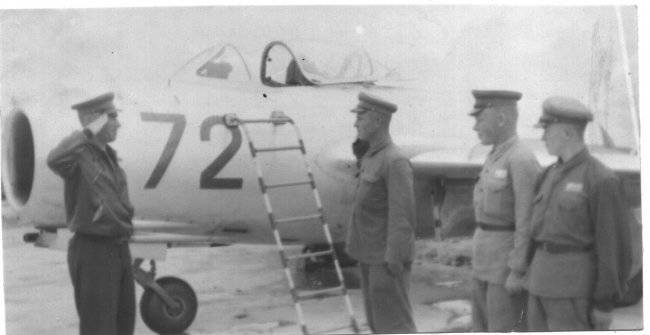 At the end of October 1950, the first pilots arrived in Korea from the USSR. They were dressed in a Chinese military uniform and issued documents with new names, without photos. It is here that the origins of the jokes about the Chinese pilots with the names of Li Xi Qing and Wang Yu Shin (Lisitsyn, Vanyushin). Together with the pilots arrived jet fighters MIG-15. The aircraft wore North Korean or Chinese identification marks. In the air, it was prescribed to negotiate only in Chinese. The pilots recorded the texts of the main teams in Russian letters and fastened these leaves on their knees, but in the very first battle they switched to Russian, widely using non-standard vocabulary. The management very soon realized the absurdity of the order and canceled it. The group was called "64 th Fighter Air Corps."
He commanded the air group Thrice Hero of the Soviet Union Ivan Kozhedub. November 8 pilots for the first time "tried to eat" American pilots, who proudly called themselves "knights of the sky." The meeting ended with the loss of the Yankees of one F-80 fighter. Air Force "peacekeepers" began to suffer serious losses. To establish parity, the United States sent the latest F-86 "Saber" to Korea. 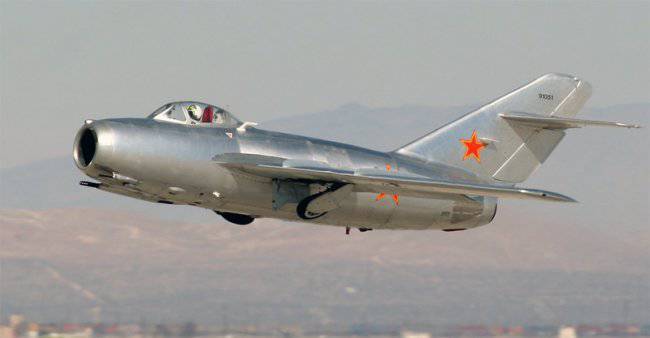 But the real test of who is worth something, was the 12 battle of April on 1951, which went down in history with the US Air Force as a “black Thursday”. On this day, the bombardment of the railway bridge across the Yalu River, along which the entire flow of military supplies was sent from China to Korea, 48 B-29 bombers escorted by 80 F-86 fighters took off. To intercept flew 44 Soviet MIG-15. The fighters met the dense B-29 and F-86 fire curtain. The Soviet pilots, many of whom still shot down Luftwaffe pilots, went straight to the fire. Subsequently, each of these fighters counted up to several dozen holes. Breaking through the wall of fire, the MIGs attacked B-29. For incomplete 20 minutes, the USAF lost 10 bombers and 4 fighters. The 64 th fighter air corps returned to the airfield without a loss that day. The US Air Force announced a week of mourning for the dead. Three months, the bombers of the "UN peacekeepers" did not rise to the sky. All subsequent time, the fearless Yankees preferred to fly to the bombing at night. The Soviet pilots after April 12 crossed over "flying fortresses" into "flying sheds".

In an effort to “save face”, the American press wrote about “superior enemy forces”, increasing the number of MIGs participating in battles in 2-3, citing the exorbitantly high data on casualties among Soviet pilots. Even then, this caused stormy indignation among Soviet pilots, who were directly involved in the fighting. So, if you want to know the truth about those events, you should not look for it, relying on American sources - it is not there. 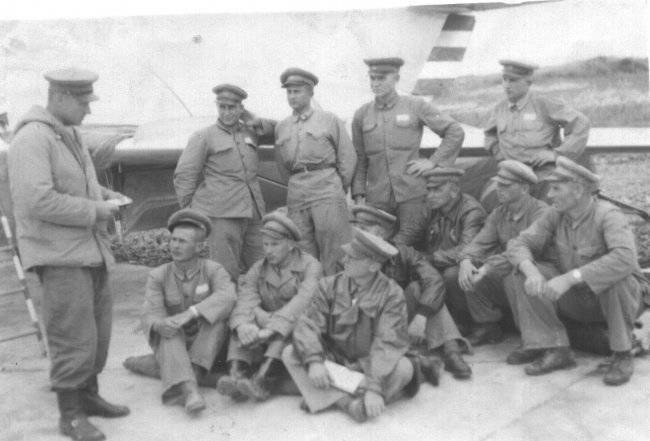 For almost three years, the pilots of the 64 th Fighter Air Corps shot down 1525 aircraft, of which 170 - B-29. 52 Soviet airman returned from Korea aces. The ace # 1 is considered to be E. Pepelyaev, who shot down an 23 aircraft in the skies of Korea, followed by N. Sutyagin, on whose account 21 won. Many returned home with orders and medals, and the Golden Star of the Hero of the Soviet Union decorated the pilots 35 chest. Total test the Korean War passed about 1200 pilots.

As in any war, not without loss. The American pilots were by no means cowards, and were not afraid to engage in combat. 319 aircraft lost its air corps over three years of fighting, 120 pilots died in battles. Almost all of them are buried in the Chinese city of Dalian (formerly Far), in a Russian cemetery, next to the defenders of Port Arthur.
Eternal memory to them!

Ctrl Enter
Noticed oshЫbku Highlight text and press. Ctrl + Enter
We are
Diplomats of the People's Commissariat of Defense: on the eve and during the warIcy embrace of the North. Soviet submariners is dedicated
Military Reviewin Yandex News
Military Reviewin Google News
19 comments
Information
Dear reader, to leave comments on the publication, you must sign in.