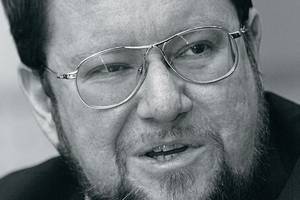 The United States is about to strike at Syria, as they did during the last quarter of a century in Yugoslavia, Afghanistan, Iraq, Libya ... It is clear that this war is nothing more than a prologue to a war with Iran. Saudi Arabia needed much more than the United States.


Tellingly, the President of the Nobel Peace Prize winner Obama will act without regard to the UN, NATO and anyone else. Because it has all the necessary resources. The main one of which was and is today the unique position of America in the world around it.

America is a dream. It was no coincidence that the Jews of Europe called it “Golden Medina” - the golden country. And in all seriousness they believed that the streets there were paved with gold. At least, so told about it. In particular, those who left for America and reported how they settled there. In letters to relatives or returning home - to show off in front of neighbors. As far as the stories were true, it didn’t matter. A dream should not be true, otherwise what is a dream? Who will believe in it, if you tell us what the country of Sipango or the Holy Land, the Wild West or the Far East, Britain or Argentina really is? Well, and the United States, of course.

Dog conditions. Unusual climate. Wild beast - in quantities unthinkable in Europe. Wild relationships between people - not only Aboriginal. Disease. Hard work. The ability to disappear for nothing, and get a knife in the side or a bullet in the stomach. Adventurers of all kinds and types. Bandits The thieves. Prostitutes Politicians are worse than all adventurers, bandits, thieves, and prostitutes combined. Regardless of position, party affiliation, religion and color. Well, the odds of wealth are as ghostly as any odds. Although there is where to turn.

Trade with the South Seas and the Caribbean. Transatlantic race. Treasure hunt. Catching crabs, lobsters, salmon and cod. Catching large marlin and tuna. Restaurants, bars, saloons. Bootlegging Piracy. Robbery on the high road. Pocket theft. Creation of banks. Bank robbery. Edition of newspapers. Cinema. Theater. A television. Advertising. The one that is the engine of commerce, from the petty traveling salesman to Wall-Mart.

Universities. Churches - of all religions, sects and trends, including non-existent. Politics. Lobbying activities. High tech. Exploitation of Mexican and Chinese illegals. Road and dam construction. Drug trade. Mafia. Unions. Inventions - from telephone and incandescent bulbs to the elevator and the aircraft. Museums and libraries. National parks in their own country and safaris in Africa. Excavations of all kinds, from paleontological to archaeological. Flea markets and auctions. Is it not enough on what and on whom will find the opportunity to earn an enterprising person?

As a radio and TV host Larry King, who grew up in Brooklyn, spoke about his Jewish father: “When he arrived in America, he understood three things. In America, the streets are not paved with gold. They are not paved at all. And it is he who will pave them. ” That, in general, corresponds to any stories American success. Parents, arriving in the US as immigrants, in most cases automatically sink to the bottom of the local community. If they are ready to work as hard labor, then they will rise to the average level. Build a house. Their children will graduate from schools and, with great luck, universities. But the grandchildren ...

The scheme is more or less common. In science, this is called a migrant society. Well, there are exceptions: Einstein, Gell-Mann and Oppenheimer. And over the years, America has cut the path from a new émigré to a country's president to a single generation: the example of Barack Obama is contagious. More precisely, now for this you can not even become an American. It is enough that you were born in the United States and at least one of the parents has the citizenship of the country. As in the case of the same B.H. Obama. And then, even though your father is a Kenyan alcoholic-communist, and the grandfather is a medicine man from southern Luo, even though his stepfather from Indonesia, it does not matter. America will allow you to be number one, although you personally have done nothing for it. If only you played by her rules.

You have to be alert - always. To cope with competitors - always. Have a healthy look and good press. Be an exemplary family man, a loving husband and a caring father. Or a wife and mother - this is about Hillary Clinton. Do not give in to provocations. Do not sin in public and properly repent if caught by the hand. Stand at the microphone like a glove. To be able to omit rivals and lead debates so that the audience was interested. Win the primaries in their own game, more intense than the final race for the White House.

We must like the sponsors. Like the voters. Like the children who are thrown at every meeting. Hold all the necessary dinners and lunches with all the right people. To form a balanced team: so that both veterans and women, and representatives of minorities. Shake thousands of hands, label thousands of postcards and keep yourself in hand. Perfect costume, perfect smile, correct words, precisely timed gestures. Then there is a chance. Or not. Then how it goes.

Moreover, it is clear to everyone, except, of course, voters that all this is a theater. Great show. Nothing more. But as a prize, there’s a lot of money and really big power. More precisely, colossal. Since America is the world's number one economy, it can afford to have the most powerful armed forces on the planet and does what it wants, not only because it prints the most popular money in the world - US dollars. Although actually prints. And this clearly does not bother her. But Americans also work more than others. However, the essence of America is not only and not so much that it will not allow the abyss to anyone who lives in it. Not a drunkard or a drug addict. Not a bum. Not a single mother. Not a disabled person. Not a lonely old man. No one who stumbled, no matter where and on what. And the fact that she can afford it. There is something. As a result, the United States often behaves like a giant’s child. Very strong. Very infantile. Curious to importunity. Breaking everything that will attract his attention to his misfortune. Syria is out of luck today. Tomorrow Iran. Not because President Obama is really interested in their chemical weapons or atomic bombs. But their karma is just that. He has strength - no mind needed. And sanctions do not work ...

Ctrl Enter
Noticed oshЫbku Highlight text and press. Ctrl + Enter
We are
A great interview with Sergey Lavrov: about Ukraine, Obama and IranWhat you didn't want to know about England
Military Reviewin Yandex News
Military Reviewin Google News
32 comments
Information
Dear reader, to leave comments on the publication, you must to register.