6 September 2013
162
Last Tuesday, an ambiguous but interesting from a military-technical and political point of view incident occurred in the Mediterranean Sea and adjacent areas. In the morning, in 10: 16 Moscow time, an unidentified country launched two ballistic targets in the direction of the eastern part of the sea. In view of the tense situation in the Middle East in general and in Syria in particular, someone’s similar actions were a real cause for concern. Shortly after the launch of information about the launches, politicians, experts, and simply interested publics began to build their versions regarding the “masters” of the launched missiles and their pursued goals. Naturally, the recent events around the civil war in Syria and the international reaction to this conflict quickly led the version about the beginning of the intervention. However, in the end everything was not so sad. 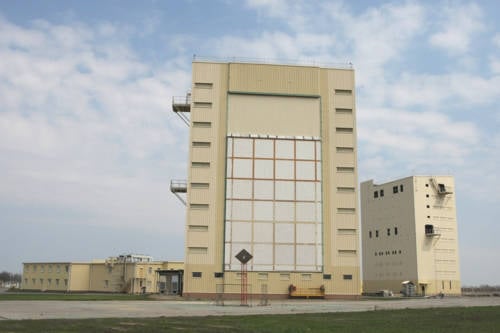 To begin, we recall a rough chronology of the events of Tuesday. In the morning, the Russian Ministry of Defense reported that the radar station of the missile attack warning system, located near the city of Armavir, detected the launch of two ballistic targets. Discovered objects flew from the central part of the Mediterranean to the east. After some time, new messages began to arrive. So, RIA News in fact, denied the version about the attack of the Syrian objects: as it turned out, the staff of the Russian embassy in Syria learned about the rocket incident only from the journalists who contacted them. At about the same time, the Russian media, citing a source in Damascus, said that both missiles fell into the sea, at a considerable distance from the coast.

The flight of rockets lasting only a few minutes was the main topic of the Tuesday news. Already after the first reports about the launch, statements from various countries of the Mediterranean region, as well as states having their own interests, began to appear. One of the first to dismiss the start of the UK, USA and France. They reported that they had nothing to do with the two ballistic targets fixed by the Russian radar station. Similar messages came from Italy and Israel.

However, just a couple of hours after the first official announcement, Israel changed its position. As it turned out, in the waters of the Mediterranean Sea, tests were carried out on Anchor target rockets intended for use in missile defense tests. Simultaneously with the launch, several elements of the Hetz-2 missile defense system (also known as Homa and Arrow) and missile detection radar stations worked. In addition, the Israeli military said that the tests were conducted with US assistance. Soon, a Pentagon spokesman confirmed this statement and noted that the test launch of the missiles was planned in advance.

A characteristic feature of all the events and statements on Tuesday that followed the launch of the missiles themselves was the specific position of some countries. At first they claimed that they knew nothing about any “ballistic goals”, but then they admitted that they were directly related to these events. Such a position regarding the missile incident itself looks ambiguous and strange, and in the light of recent events around Syria and the expected international intervention, it can be the basis for unpleasant (for the USA and Israel) conclusions. Nevertheless, the test countries recognized their direct attitude to the start-up and, it seemed, the tense situation was resolved. Tests conducted and nothing more to worry about.

It is necessary to recognize that the moment for test launches of missiles was chosen extremely unfortunate. The entire world community is closely monitoring the situation around the civil war in Syria, which may change from day to day due to the entry into conflict of third countries. And it is precisely at this time, when the intervention and attack of the Syrian objects can begin at any moment, the Americans and Israelis, following their predetermined plans, carry out a test launch of target missiles. Therefore, it is not surprising that immediately after the first reports of two ballistic targets there appeared versions according to which some third country (most likely from the NATO bloc) thus either tries to put pressure on official Damascus, or prepares for the impending invasion and conducts an operation the detection of Syrian air defense objects, if it does not begin their attack.

First of all, it is necessary to note the good work of calculating the radar station near Armavir, which discovered and tracked two ballistic targets. The fact of detecting missiles indicates a good personnel training and high characteristics of the radar itself. Secondly, the actions of the highest echelons of the military department could actually have an impact on any course of development of further events. Since, as a result, the launch of the missiles turned out to be a test and was not intended to destroy any objects in the Middle East, the actions of the Russian military showed their ability and ability to detect targets in the area of ​​responsibility of one or another radar station. In addition, the announcement of information about objects discovered has significantly influenced the international situation in the Mediterranean. If the version of the strike on Syria would have been true, then the information of the Russian Defense Ministry could be the first report of the beginning of the intervention. Such a message would not allow some foreign countries to hide the first stages of the attack on Syria. In the light of the events of recent days and weeks, this fact could play a big role in shaping the world situation.

Fortunately, the second version of the possible development of events remained a version. The "masters" of the target rockets were found, the incident can be considered as settled. However, a number of events related to the joint tests of Israel and the United States will be remembered for quite some time, including as examples of not quite correct and logical behavior of the countries. Against the background of tensions in the region, Israel and the United States did not postpone and did not cancel the tests, without warning anyone about them. As a result, the countries of the Mediterranean region, namely the Middle Eastern part of it, amid the already complex situation, had to be further nervous while waiting for official information about unidentified missiles. It is unlikely that such actions can contribute to resolving the situation in the region as a whole and in Syria in particular.

Under the guise of targets, is Israel working for medium-range missiles for the US? 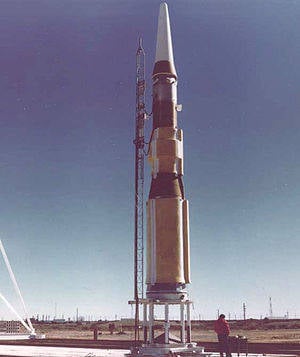 American target missile "Hera" - a violation of dog-ra on the INF, but old! 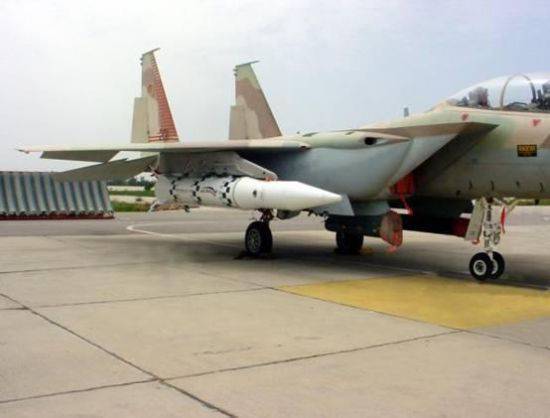 Returning to the launch of the "Silver Sparrow" "rocket targets" in the Mediterranean.

In general, it is clear that the target missile for testing missile defense systems, depicting RSD and is itself RSD (with some technical details). So it was with the Hera target missile, which Americans used to work on their missile defense system - it represents the 2 th and 3 th stages of the 3 Minibar ICBM, which inevitably caused our protests about the US offense of RHD , on to-rye replies were received. But “Minuteman” is old, and here we are talking about a very interesting typewriter:
- starts from the air carrier (in this case, F-15), i.e. is, de facto aeroballistic rocket
- according to the developer - Raphael, the starting mass of the Servorobya is 3,1, length is 8,4, guidance is GPS and duplicated INS, the range is not specified, but (my estimate) is approximately 2-3.000km

- The detachable warhead can not only fly to the target along a simple ballistic trajectory, but also a) maneuver; b) fly in a spiral; may be a) inert; b) with liquid inside (!); c) high explosive (not bad for a target!)

Those. Attach one more step to this thing - and you have a ready-made RSD! Or even tighter - you can start up from the airplanes - approaching closer - before the launch or even the launch of the rocket on the ascending trajectory. Ktozh knows what this plane carries there ... Israel, of course, did not sign the dogov of RIAC - formally anything can to do (even the ICBM), but his “junior partner” of the United States must be tightly controlled, especially now when he deliberately sows chaos around the world.

Taking into account that the program for the development of Israel’s missile defense systems (GK - Uzi Rubin) is generally funded by the United States, it can be assumed that either a side child of the program is the development of the latest RSD, or the missile defense program itself is a side child of American rearmament plans. Under this sauce and any congress, Israel will allocate money to Israel! 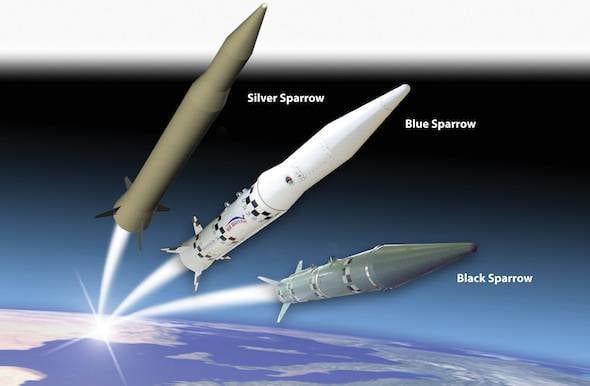 Family of the Israeli Sparrow missiles

Ctrl Enter
Noticed oshЫbku Highlight text and press. Ctrl + Enter
We are
Pentagon CybermenSituational analysis of the death of the MH17 flight (Malaysian Boeing 777), made on the basis of engineering analysis from 15.08.2014
Military Reviewin Yandex News
Military Reviewin Google News
162 comments
Information
Dear reader, to leave comments on the publication, you must sign in.