6 September 2013
26
Why does power give simple answers to difficult questions? 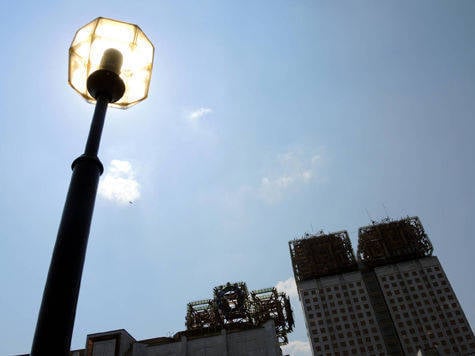 My friend was promoted to the Academy of Sciences. They called from the presidium, asked to compile and bring a list of scientific works. He faithfully listed the main works. My dear lady, who accepted the documents, advised to shorten the list at least twice. He was surprised. Experienced people explained:

- Those on whom your election depends, simply will not survive such a list! They all put together, did not write so much.

One official with an enviable track record - in the rank of minister! - changes the other, with an even more brilliant biography. It struck: both are doctors of science. By God, there is no second such highly intelligent government in the world. If he hadn’t been sharpened by doubts about doctoral degrees.

In my eyes, subordinates flatteringly congratulated their boss on the highest academic rank. He accepted congratulations with dignity, recognizing his merits to science. And I remembered him as a young Komsomol secretary: he not only could not write a single line himself, but also with difficulty said the speech prepared for him in the simplest language, he stumbled over every word! He hardly read his own doctoral thesis. Is that in the hands of holding - when handed over to the academic council ...

That's what's haunted lately. All the most acute, painful and pressing questions that arise before our society are given incredibly primitive answers. Whatever happens in the country, the reaction is the same: ban, cancel, close. And instantly, without discussion and reasoning. Laws are born overnight. And it seems that this is a well thought out line, a conscious strategy worked out by the minds of anonymous, but great ones. However, if you look at those who offer these solutions, then a different conclusion suggests itself: they simply cannot offer anything else.

The authors of primitive decisions proudly refer to a high level of approval: people are happy with us, they approve of what we are doing ... And that's right! A considerable part of the population understands only such decisions.

But life is incredibly complicated. And here we recall the Marxist term - alienation. There is an alienation from the increasingly complex and gaining an unprecedented pace of the world. It breeds fear. And the frightened call sounds: do not change anything! Leave it as it is! Do not prevent us from living as our fathers and grandfathers lived! In the Islamic world, the radicals (the most obvious example is the Taliban) simply destroy what they cannot and do not want to understand. We are trying to escape from the problems that plague society. We are embraced by the desire to simplify the reality as much as possible, that is, to restore order! Which means: prohibit, disperse, punish, land. On this common ground, the chiefs agree with the population.

This is the case when the doctor and the patient have the same level of medical knowledge. The doctor does not require tests and conduct complex research, and diagnoses by eye. And prescribes drugs simple, does not delve into the scientific literature in search of new drugs. And the doctor and the patient are happy with each other. True, the doctor missed the onset of a serious illness, which over time could lead the patient to the grave. Well, this will not be revealed soon! By that time, the doctor who is giving out primitive advice may not be in his chair anymore.

In my student years I had a pretty girlfriend, a medical institute student. Cheerful in character, she seemed to have skipped everything.

- Here you will receive a diploma, the sick will come to you, but you know nothing. How will you treat them? - I asked.

She was going to become an obstetrician-gynecologist. I knew that I wouldn't need her profile specialists, and this история seemed funny. But when my wife became pregnant and went to the doctor, I thought with horror: would she get to my girlfriend ...

Classes did not skip it alone. Yesterday's shirkers got to high posts. Surely occupy the top chair. And they place their people everywhere, guided by the obvious principle: the subordinate should not be smarter than the boss. And it is noticeable.

Surviving in the administration environment and moving up the career ladder is not easy. Requires a special predisposition to existence in the hardware world and years of training. In the apparatus, discipline and obedience are prized above all. The hierarchy of ranks is inviolable, as in the army. Few people tolerate independent subordinates. As a rule, attempts to express their own opinion are stopped.

This army of officials makes key decisions and determines the course of the country. Discussions, unbiased analysis, real criticism, in general, they do not accept any free-thinking. Most satisfied with the role of performers, strictly enforcing the line leader.

The difficulty is to catch the boss. On the one hand, it is dangerous to do anything without the highest approval. On the other - not on every occasion, turn. May cause irritation:

“Can't you decide anything without me?” Learn to do something yourself!

The writer Andrei Platonov once remarked that not every pleasing word is liked by leaders. It is necessary that the lackey's word be sounded on time. It is not suitable if it is pronounced late, and will cause anger if expressed before the deadline. Because the most zealous sometimes get their hands on themselves and find themselves in a stupid position. They didn’t guess what the immediate boss wants at the moment ... What is fascinating is hardware training! Yesterday they told me to say one thing, today the exact opposite. No offense, no indignation! Both are pronounced with the same conviction.

Why be surprised if the cartoons of the artist Andrei Bilzho to the vigilant Yaroslavl policemen seemed to be the visible embodiment of extremism that threatens the state structure? They hear that enemies are everywhere. In tsarist times, during a search, one captain from the gendarmerie management, an equally highly educated person, studying selected literature, wrote into the protocol: "Lermontov's poem, beginning with the words" Heavenly clouds, eternal wanderers ... "- of a tendentious content."

In a rigid system, there is inevitably a deterioration of the management corps.

First, the selection criteria themselves change. The price is loyalty and readiness to execute any order, and a good professional cannot always boast of these qualities. Secondly, vigilant colleagues squeeze more capable and therefore dangerous competitors from power. Thirdly, the infantry of mass actions is claiming its share of power and privileges - those who did not disdain the rough work, who, on a signal, shouted or applauded, dispersed or carried on their hands. These people steadily climb the career ladder and set the tone in the management apparatus. A painfully familiar picture.

In late Soviet times, Academician Nikolai Inozemtsev, Director of the Institute of World Economy and International Relations, was sometimes invited to attend government meetings — it was supposed to listen to science. But when the academician took the floor, Chairman of the Council of Ministers Alexei Kosygin exasperated:

- What kind of inflation are you talking about? Inflation is when prices rise, while prices are stable. We have no inflation!

- When the population has money, and there are no goods in the shops, because they are being bought up rapidly, this is a sign of inflation. There is more money than goods ...

- Enough with us your bourgeois stuff ...

The head of government was considered the most competent among the Soviet leaders, but his ideas about the economy were primitive.

Foreigners also spoke at the plenum of the Central Committee of the party. Convinced the country's leaders in the need for scientific and technological progress. I spoke with conviction and cleverly. The Assistant General Secretary, the caustic Andrei Alexandrov-Agents, approached:

The second option was impossible. So get rid of a competent economist. Revealed in his institute dissidents. Began to build a case. Academician Inozemtsev, who went through the war - from the first to the last day! - could not resist and died overnight from a heart attack.

Today, a gifted and knowledgeable economist, without waiting for him to initiate a case, leaves the country. Where less competent colleagues are happy: what competitor have they got rid of! Now they will turn to them for advice and advice. And nothing that they do not understand the modern economy. Who will determine this now?

This is how the ubiquitous process of replacing professionals with illiterate lassies, which only the most primitive solutions to difficult problems can take.

From the head does not go seen in the capital of South Korea.

In the sixties, the river flowing through Seoul, like our Neglinka, was hidden under the ground and a high-speed road was built to cope with traffic jams. Now they have decided to return the river to the townspeople. But around the road has grown a lot of kiosks, they had to be moved. The local government held four thousand (!) Meetings with merchants, negotiating with everyone where and how he will move, so as not to harm anyone’s interests. Who needed help, got it ...

The fate of the Russian Academy of Sciences in the State Duma was easily decided in two days. And going for one.

Ctrl Enter
Noticed oshЫbku Highlight text and press. Ctrl + Enter
We are
VPK LLC: production of military products. The answersAbout Stalin and Khrushchev
26 comments
Information
Dear reader, to leave comments on the publication, you must to register.