Hackers broke into the mail of a colonel of American intelligence: The Pentagon may have been involved in a chemical attack in Syria

6 September 2013
31
#OpSyria / Exclusive: Messages from the hacked mailbox of the colonel of the American intelligence show that the Pentagon probably took part in conducting a chemical attack in Syria 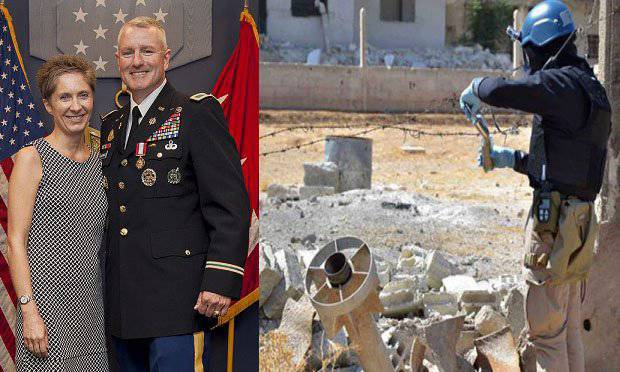 The situation in Syria is still the focus of world media. Experts predict another US aggression in the name of "human rights". Washington periodically announces its readiness to attack Syria. According to the official version - to punish Assad and the Syrian army for using chemical weapons against the civilian population.

Meanwhile, new evidence is being circulated in the press about the involvement of American intelligence in a chemical attack in a suburb of Damascus. Hacker accessed and published the correspondence of Colonel American Armed Forces Anthony J. Macdonald, who holds the post of Chief of the General Staff of the Planning and Operations Department under the Deputy Chief of the General Staff of the US Armed Forces Intelligence. This post is about a chemical attack in Syria.

In a letter from 22 in August, Eugene Furst congratulates the colonel on a successful operation and refers to an article in the Washington Post about a chemical attack in Syria. From the dialogue between his wife Anthony and her friend, it becomes clear that the video with the children allegedly killed in a chemical attack near Damascus was staged by American intelligence.

Published data show that Washington is ready for anything to achieve its goals in the Middle East. The political and armed support of the Syrian opposition did not bring the expected results.

In this situation, the United States is ready to once again violate international law and attack Syria without the approval of the UN Security Council. The world does not change - if the policy does not work, aircraft carriers enter the business! 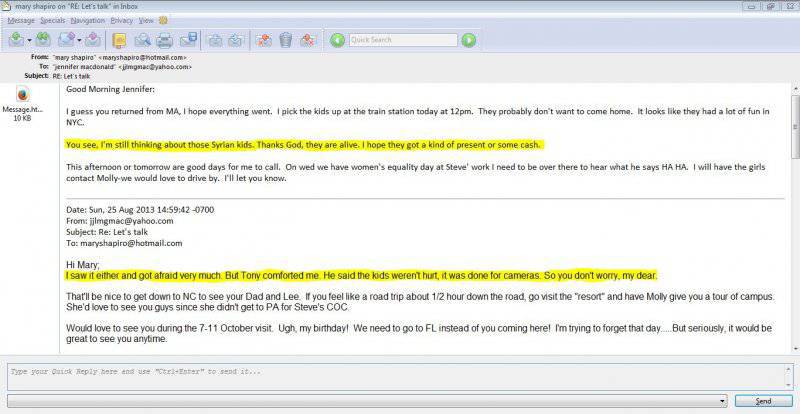 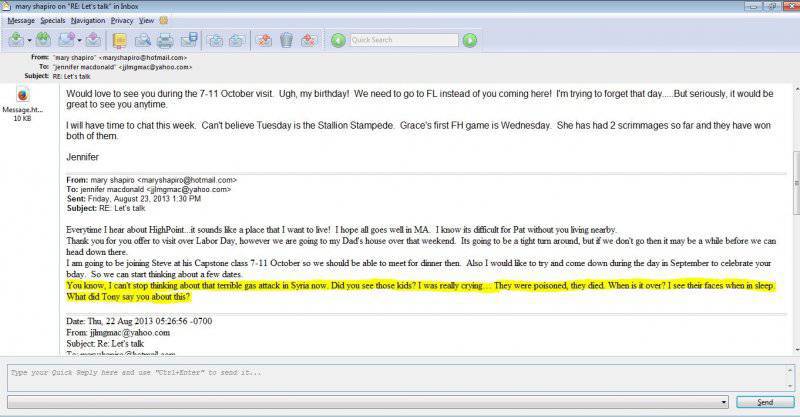 Translation of the selected lines: "As you see, I am far from this, but our guys have tried as it should. I like to catch up with you. I hope to see you soon."

"By the way, I saw your last success. Good work. Well done." Www.washintonpost.com/world/syrian-activists-accuse-government ....


“I’m still thinking about these Syrian kids. Thank God they are alive. I hope they’ll give them some present or some money for it.”

"I also saw it and was very scared. But Tony calmed me. He says they did not suffer, it was done for shooting on the camera. So do not worry, darling."

“You know, I still can't forget this terrible gas attack in Syria. You saw these kids? I just roared .... They were poisoned, they died. When is it over? I see their faces in a dream. What does Tony tell you about this ? "]

Hacker also claims that he managed to penetrate the mailboxes of many other Pentagon officers:

NEW INFA: Some media sites ask us to report the source of the information, so we want to inform you that this news also published in the Telegraph, and we still do not have any information about the hacker.