5 September 2013
115
The joint life of Russia and Belarus in such an entity as the Customs Union, as well as the Union State of the Russian Federation and the Republic of Belarus in any way, you know, cannot settle down. The brotherly nations seem to be stretching to each other, they seem to be stating their desire for further and major integration, they seem to be ready to step over those or other interfering interests, but each time something interferes. Whether we - the peoples of Russia and Belarus - are such “bad dancers”, or it is not clear to dance the synchronized dance with our authorities - it’s not completely clear. One thing is clear that in our family scandals appear with a certain frequency, often with the smashing of dishes. 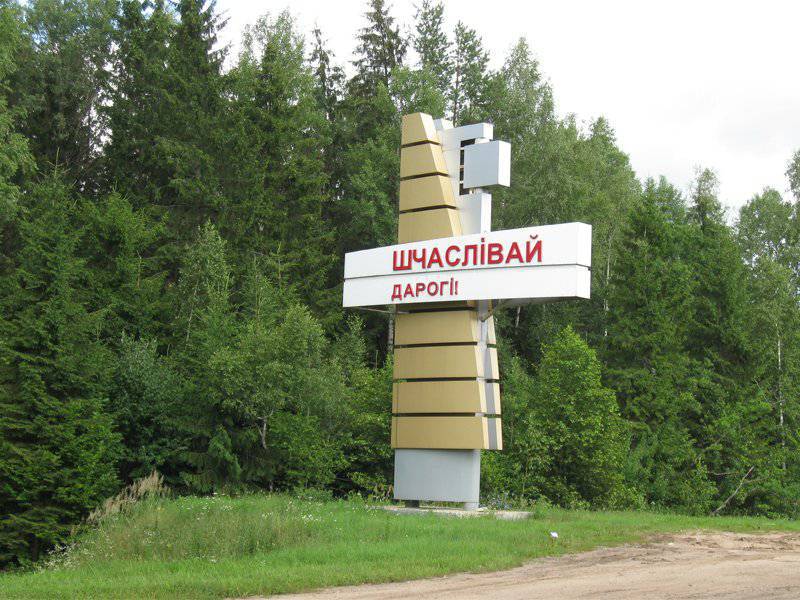 One wants more gas and at a lower price - the other states that without full privatization of the gas transmission network, this issue is not resolved, and that it itself is eager to take an active part in this privatization. One wants to bring more products to the markets of the other, the other replies that it hits their own manufacturer. One resolves economic disputes by arresting the citizens of the other, the other unexpectedly finds pathogenic bacteria in its pork, blocking the way for the meat to the market.

Against the background of all these serial mutual reproaches and claims in the bilateral relations between Russia and Belarus, the question is posed: to whom in general in our countries are these permanent omissions and mutual poking beneficial? A peasant from the Grodno region or an engineer from the Krasnoyarsk Territory? Well, this is quite unlikely, because the peasants and engineers in our countries are surrounded by other concerns and placing sticks in the wheels of their neighbors, they are less interested in doing so.

Is it beneficial for the leadership of the two countries? Let's try to figure it out. And in order to understand, it is necessary initially to go for certain assumptions, based on the last scandal that has arisen between our states (it should be emphasized: not countries, but states). Let us assume that glowing relations with Russian partners is beneficial for the Belarusian authorities. What do we get? We get that the Belarusian authorities for this purpose decide to go along some very florid way: they detain the general director of the Russian joint-stock company, knowing in advance that this will not satisfy the Russian authorities. In the end, the Russian leadership, through sanitary control, is responding, and Gennady Onishchenko announces that the quality of Belarusian pork does not correspond to the requirements. Vladimir Labinov, a representative of the Ministry of Agriculture of Russia, speaks about the possibility of adopting new prohibitive measures in relation to the products of Belarusian manufacturers, and the extent of these measures depends solely on the quality of these products. They say you don’t need to add any Baumgertner-Kerimovs, they have nothing to do with it, since the decision on the ban was made even when the general director of Uralkali was at liberty ...

When was this decision made, and what exactly was its adoption that prompted? - this is not the main question. The main question is that it was taken - once, and from its adoption the Belarusian economy suffers tangible losses - two. Daily losses from such a ban take away from the Belarusian treasury about 2 million euros. If other products are also banned, the Belarusian economy risks losing even more. And if we take into account that the Republic of Belarus does not have its own oil-bearing well, which is in Russia, then it will not be easy to patch such budget holes.

So what turns out - the Belarusian leadership is some kind of masochists who deliberately go to the spoil of relations with a neighbor in order to strike at their own financial system, and then make titanic efforts to minimize the consequences of this blow. But only President Lukashenko clearly does not look like a masochist.

Then we can assume that from the deterioration of relations with Moscow, Alexander G. is waiting for a warming of relations with the West? Well, this is really quite from the field of unscientific fiction. The fact is that the West from Lukashenko, even if he lands a dozen such as Baumgertner, is unlikely to get scared of delight and is unlikely to endow with economic and political preferences, because the West has its own accounts with the Belarusian president and the Belarusian president with the West ... And overnight, these accounts, which have been accumulating over the years, cannot be overstepped.

It means that the idea of ​​economic and political masochism of the Belarusian authorities must be brushed off, since it does not fit in with the objective realities.

If so, then we need to switch to another assumption: all these bans on importing pork from Belarus, talking about repairing the Druzhba pipeline and simultaneously reducing the supply of petroleum products in Belarus are beneficial for the Russian authorities ... However, this assumption does not hold water. when there are problems inside the country, as they say, they’ve gotten into trouble with their neighbors in the Customs Union. And if we take into account that today our leadership of the allies abroad, frankly speaking, is not much at all, then it is also unproductive to start butting with Lukashenka. It turns out that the Russian budget is also not in the black from the economic dispute with Belarus.

Summarizing all the above, we come to a paradoxical situation: it seems that mutual claims are not needed by the peoples of the two countries or their authorities, but, nevertheless, these claims constantly flare up on a variety of soils: on oil, potassium, pork, and so on. Who, then, is the initiator of the constantly emerging conflicts that add tar to the relationship between Russia and Belarus?

It turns out that in the political circles of both countries there are people who are clearly nervous about the improving relations between Moscow and Minsk. And this is not spying. If there were no such people, very strange ideas about mutual mischief would not have been in the air with obvious regularity. So, they are there, and they are doing their job to prevent the rapprochement of the two countries to work. It is also necessary to take into account the fact that these “interested persons” have a considerable influence on the leaders of states, simply a magical influence ... Apparently, there are arguments in their arsenal that still explain to our authorities the need to hit each other on the forehead ...

Ctrl Enter
Noticed oshЫbku Highlight text and press. Ctrl + Enter
We are
Results of the week. “In our cooperative, the board is always agreed”Results of the week. "God forbid to see Russian revolt, senseless and merciless!"
Military Reviewin Yandex News
Military Reviewin Google News
115 comments
Information
Dear reader, to leave comments on the publication, you must to register.