The fate of Syria will be decided on September 9

5 September 2013
286
Damascus appealed to the UN for protection against American aggression, and the Secretary General of the international organization called on the world community to find not a military, but a political solution to the conflict. But Obama and Congress are not interested in statements by Ban Ki-moon. The president of the United States and congressmen have a loophole: they argue that they do not unleash any war in Syria, but they are going to carry out educational work: the one who applied the chemical weapon. True, UN inspectors believe that they were used by “oppositionists”, but the US Secretary of State John Kerry has some “hair samples” - something like the Iraqi “test tubes”, and the White House, like most senators, believes that “bloody tyrant” Assad crossed the "red line". Now we need to roughly punish it so that, God forbid, Iran also did not step over a line drawn by Israeli Netanyahu, as everyone remembers. 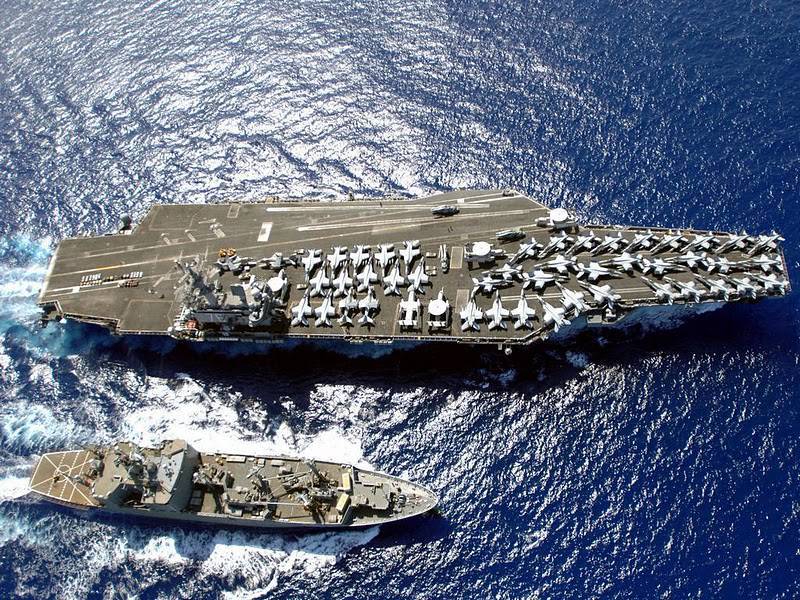 Bashar Jafari, the Syrian ambassador in New York in a special message to Ban Ki-moon asked the UN to protect Syria from the US military strike. Comrade Jafari found the right words and said that Moon was personally responsible for preventing aggression.

The answer followed — right there, in New York. The UN Secretary-General streamlined: “Any course of action ... should be considered by the Security Council ... Everything should be done within the framework of the UN Charter ...”

Obama also found something to say. However, he did not appeal to Ban Ki-moon, and certainly not to the envoy of Assad, but to his people through congressmen. Mindful of the protracted "operations" in Afghanistan and Iraq, he clarified that Syria is not Iraq. And not Afghanistan. And war is not war. “I want to assure the American people that the military plan developed by our Chiefs of Staff Committee is proportionate. It is limited and does not imply a ground operation. This is not Iraq or Afghanistan. This is a step that will send a clear signal not only to the Assad regime, but also to other countries that may want to check international norms, ”B.H. Obama said at the White House at a meeting with Congress leaders.

Other countries “that may want to check international norms” are, of course, primarily Iran and the DPRK.

And then the president turned to Congress for approval of military intervention — one that is not war, but merely a “clear signal.” And Congress pre-approved the intervention, limiting it to sixty days. 9 September will be followed by a final decision.

And here's what's interesting. Those American masters who had previously been known as pacifists and opponents of all sorts of rocket attacks and educational measures suddenly became zealous champions of intervention.

The chairman of the US Senate Foreign Relations Committee, Robert Menendez, was previously known for opposing the invasion of Iraq and calling for the withdrawal of US troops from Afghanistan. But now this person supported B.H. Obama. For the sake of objectivity, it should be noted that in the draft proposed by the Senate, a ground operation is prohibited, but Obama did not rush to it. Also, the duration of the military operation in Syria is limited to 60 days - well, or at most, plus 30 days.

Robert Menendez said: “Together we have embarked on a course that gives the president the necessary grounds for deploying forces in response to the criminal use of chemical weapons by the Assad regime against the Syrian people, and at the same time limited the operation to narrow limits, in particular, on the dates.”

US Secretary of Defense Chuck Hagel, who, wounded in Vietnam, vowed in 1967 to do "everything ... to make sure: war will be the last resort in the dispute that we, the people, will call on other people to resolve the conflict", negates all his former pacifism. The state chair must have turned a peaceful man into something like a satanic servant.

“Failure to act will undermine the credibility of America’s other security commitments, including the President’s determination to prevent Iran from acquiring nuclear weapons,” Mr. Hagel said.

There it is. Ch. Hagel wants to attack Syria only because Iran does not feel invulnerable. Last resort in dispute, and, Mr. Hagel? Or do you, like your boss, also think that in the case of Syria there will be no war? So, shoot 60 or 90 days? Of course, for the States stuck in Afghanistan and Iraq, three months is not a war, but a warm-up of lingering pacifists.

In the Senate, Mr. Obama acquired such valuable allies as John Boehner and Nancy Pelosi. These parliamentarians duet confirmed the peacemaking intentions of the American people: the planet needs to be shown who's the boss that the United States is fulfilling its obligations and punishing violators of the ban on the use of chemical weapons.

Meanwhile, in the same senate, on his own iPhone, he played electronic poker John McCain. This gray-haired warrior has long decided the fate of Syria. In his Twitter account, he admitted: yes, he played cards at the meeting, and it is a pity that he lost.

Speech at the meeting and Secretary of State John Kerry. He said: "Support for our decision on Syria was expressed to us by the 44 countries." He did not announce the list, but without that it is clear that these are empty words. No one, except France, has not volunteered to help States in a military operation. Even the NATO countries do not want to carry out military intervention in Syria. The Parliament of Britain - one of the first allies of the United States - by a majority vote rejected the invasion.

Earlier, 1 in September, in an interview with television channels, the US Secretary of State said that the results of the analysis of hair and blood samples from the scene indicate the use of sarin in Syria. And if such a thing, it is time to immediately begin a military operation.

Very strange statement. The UN does not believe that Assad used weapons of mass destruction. If it finally turns out that the "rebels" used it, who would be fired at by Hagel, Dempsey and Obama? What hairs will Kerry show to the public?

As for the aforementioned France, there the main aggressor is not the parliament, but Monsieur Hollande, who is the super-president, and therefore can do without the approval of the people's representatives (and the people too). Monsieur Hérault is going to stand up against the chemical threat to the world shoulder to shoulder with Hollande - the French Prime Minister, who recently came up with a cunning formula of pension infringement of native citizens. Now it remains to infringe Assad.

Jean-Marc Erault said: "France is determined to punish the Bashar Assad regime for using chemical weapons and prevent its re-use by decisive and proportionate actions."

In general, the preliminary "coalition" is known: the United States and France.

The head of the Pentagon has already repeated several times that he is waiting for Obama's order. Everything will be decided after September 9, when Congress will vote in favor of the final text of the Syrian - or, more precisely, anti-Syrian - resolution. Obama, this cunning Nobel peacemaker, shifted responsibility for a military decision to senators, and they will be able to tie the resolution to the need to punish chemical aggressors in accordance with the convention banning chemical weapons. This is what explains the American bravado: we will manage, they say, without UN sanction. Assad gasses civilians, while Chip and Dale rush to help ...

As is known, the UN General Assembly adopted the Convention on the Prohibition of Chemical Weapons in the 1992 year, and it entered into force in the 1997 year. To which clause of the Convention to bind Asad's admonition, the Americans will find. Iraqi experience will tell.

Ctrl Enter
Noticed oshЫbku Highlight text and press. Ctrl + Enter
We are
"Pathological liar" from the State DepartmentResults of the week. “War is not poker! It cannot be announced when it pleases! ”
Military Reviewin Yandex News
Military Reviewin Google News
286 comments
Information
Dear reader, to leave comments on the publication, you must to register.