Moscow is surrounded by the latest radar systems 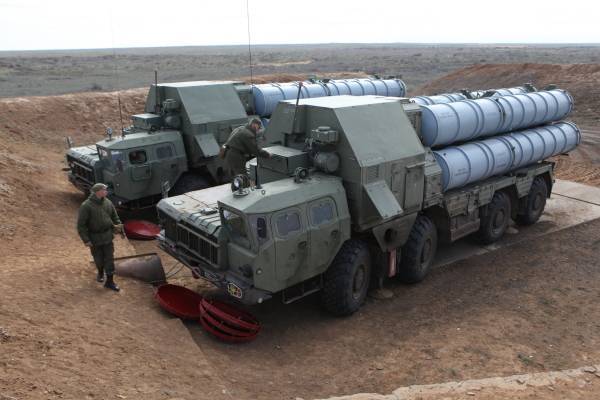 
With their help, the military can detect enemy objects in the sky hundreds of kilometers from the metropolis. Locators will not only detect foreign aircraft, helicopters and cruise missiles, but also give their coordinates to combat crews of anti-aircraft units. Without such data to bring down the enemy is simply impossible.

The military experienced one of such novelties during the command-staff exercise of the Aerospace Defense Forces. The name of the complex fully reflects its functionality - “All-High Detector”. The headquarters of the East Kazakhstan region told the "RG" correspondent that this complex is capable of not only detecting on time, but also determining the nationality of the air object, accompanying it, providing target designation and coordinate information via the radio and cable channels, as well as via fiber-optic communication line. This was demonstrated during a large-scale training of anti-aircraft missile units in the Central Industrial Region of Russia.

It is considered that command-staff exercises are conducted by generals on maps or computers. This type of combat training of the administration is also practiced. But, as a rule, troops are also attracted to KSHU. Moreover, the number of people and equipment involved there usually depends on the scale of the tasks assigned to the exercise. Training in the Moscow air defense zone raised an alarm about a thousand and a half soldiers and officers. And in the conventional destruction of enemy aircraft, helicopters and missiles, the military involved more than a hundred combat systems and complexes. Including - "All-altitude detector". Although it was put into service last year, it can safely be said that the complex underwent a “battle” test for the first time at this KSHU.

The official representative of the Aerospace Defense Forces, Colonel Aleksey Zolotukhin, told the RG correspondent that the air defense and missile defense units that are on alert around the capital and in the central industrial region of the country encountered a difficult operational situation. The calculations of the S-400 Triumph anti-aircraft missile systems and the Pantsir-S anti-aircraft missile and cannon systems had to march to new position areas and reflect massive missile and aviation blows of the conditional opponent. “For the rapid identification of targets, we used the latest radar system, the All-High Altitude Detector,” the officer emphasized. Moreover, this technique was used as a combat mode radar.

The Defense Ministry says that this complex perfectly mates with the C-300 and C-400 anti-aircraft missile systems, including during the combat operations of one air defense division. It is also effective in combining the functions of a low-altitude detector, a survey locator and a command post. But the main thing is that the operational capabilities of this complex allow it to "open up" almost all types of aerodynamic targets - from veto to cruise missiles, including those made using stealth stealth technology.

According to Zolotukhin, four such radar complexes have already arrived in the Armed Forces of the Armed Forces. And over the next five years, they will equip all the radio engineering units of the Aerospace and Missile Defense.

It is already clear that, first of all, the All-Altitude Detector will receive the units covering the sky of Moscow. The Metropolitan Air Defense Zone is a region of special military responsibility. It is hardly worth explaining why she has such a status. But it can be recalled that it was here that the C-400 system first went on combat duty. Now came the turn of the new locator.

Ctrl Enter
Noticed oshЫbku Highlight text and press. Ctrl + Enter
We are
The capabilities of the newest radar complex will be tested during the exercises of the Armed Forces of the East Kazakhstan regionThe newest attack helicopters Mi-35М were tested on the Kuban
84 comments
Information
Dear reader, to leave comments on the publication, you must to register.