Industry is being pushed off Roscosmos 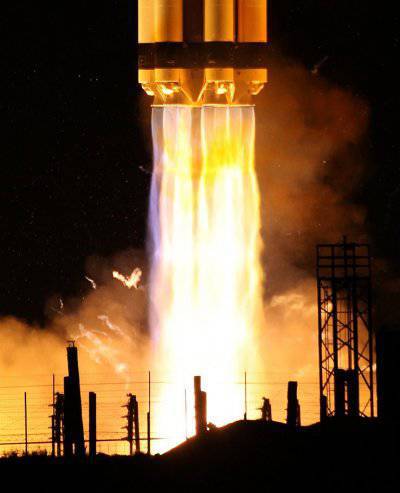 Today, the government should consider a project to reform the Russian rocket and space industry. The main part of the enterprises of the Federal Space Agency (Roskosmos) has been proposed to be transferred to the specially created Joint Rocket and Space Corporation (ORKK). Thus, the agency will leave mainly the functions of the state customer and coordinator of the space policy of the Russian Federation. Deputy Prime Minister Dmitry Rogozin told Kommersant that by the end of September a draft presidential decree is planned to be sent to the Kremlin. Confidence that this reform option will suit President Vladimir Putin, no, say sources of "Kommersant".


Space will be divided in two

From the reform project available to Kommersant, it follows that Roskosmos is planned to be divided into two parts. The agency, as such, will continue to fulfill the functions of the state customer and form state policy in the space sphere. The majority of enterprises in the industry will be merged into ORKK, which in this way will take over the functions of a general contractor and focus on the fulfillment of the state order.

It is proposed to create ORKK on the basis of the Scientific Research Institute of Space Instrument Engineering. In total, the corporation plans to include eight holdings created on the basis of the largest enterprises of the industry (see figure). For example, JSC Information Satellite Systems (ISS) will be responsible for the development and manufacture of communications and navigation spacecraft, receiving nine specialized companies in control. Scientific Production Corporation (NPK) "Space Monitoring Systems, Information Control Systems and Electromechanical Complexes" will concentrate on the development and manufacture of meteorological instruments and electromechanics (for this, five more companies will give it). Russian Space Systems OJSC and five companies under its control will be responsible for the development and manufacture of the ground-based automated control complex. The 106 experimental optical-mechanical plant of the Ministry of Defense of the Russian Federation and the Scientific Engineering Center of the Electrotechnical University (Ministry of Education and Science) will be transferred to the NPK Systems of Precision Instrument Making. Moreover, at the first stage, this corporation will lock itself on ORKK, and in the future it will be included in the structure of the ISS.

Rocket and Space Corporation Energia will transfer to Orkk 38,22% of its shares and will continue to be engaged in the development and manufacture of spacecraft and orbital stations (as well as other-purpose vehicles). Three FGUP - State Space Research and Production Center. Khrunicheva (development and manufacture of launch vehicles, orbital stations), Research and Production Center for Automation and Instrument Engineering (development of onboard controls for rocket and space technology) and the State Research and Production Rocket and Space Center "TsSKB-Progress" (development, manufacture of rockets - carriers and devices) - in order to also be included in the SQCC as subholdings, they will be corporatized. In this case, the GKNPTs them. Khrunicheva will be moved away by the two largest "firms" for the production of rocket engines - the Permian Proton-PM and the Voronezh Chemical Automation Design Bureau, and the TsSKB-Progress Scientific Research Institute of Command Devices and NPO Automation to the TsSKB-Progress.

It follows from the project that even 15 enterprises — eight joint-stock companies and seven federal state unitary enterprises — will initially be confined to the SCC directly. These FSUEs will also be corporateized, after which some of them will be transferred to holding companies. For example, the Fakel Design Bureau, which designs electric rocket engines and low-thrust engines, is planned to be transferred to the same ASC.

It should be noted that the entire military component of the industry (the customer for which was not Roskosmos, but the Ministry of Defense) would not be transferred to the SACC, but would remain under the authority of the agency. These are the corporation Kometa (development of instruments and units for special-purpose space systems), SPU-TsKB TM corporation (command posts and systems for missile prelaunch), as well as the Moscow Institute of Thermal Engineering Corporation and Makeev State Rocket Center developers of ground-based and sea-based ballistic missiles).

It is planned to leave 12 organizations as part of Roscosmos, nine of which are in the rank of state institutions. These are the Central Scientific Research Institute of Mechanical Engineering, the Scientific Research Institute of the Cosmonaut Training Center named after Gagarin and the Federal State Unitary Enterprise Zvezdny Center (responsible for operating funds for Roskosmos performance), and the Agat organization (economic research in the interests of Roscosmos) The Center for the operation of ground and space infrastructure (ensures the operation of space centers), the directorate of the Vostochny cosmodrome (construction management), the Okhrana Scientific and Technical Center and the Tekhnomash Scientific Research and Production Association (the head of technological policy). JSC Glavkosmos, which coordinates work in the interests of civilian space, will join them. Two more institutions - the Keldysh Center (rocket engine building) and the Research Center of the rocket and space industry (experimental base) - will be included in Roscosmos after the incorporation, the document says.

Yesterday, Dmitry Rogozin told Kommersant that, as a result of today's discussion in the government, a draft presidential decree “On Open Joint-Stock Company United Rocket and Space Corporation” should be sent to the Kremlin (by the end of September).

This version of the reform of the industry is very different from that originally proposed by the head of the space department, Vladimir Popovkin. We recall, he spoke in favor of creating a state corporation like Rosatom, which would combine the functions of the customer and the contractor. Dmitry Rogozin and the involved experts of the "Open Government" led by Mikhail Abyzov reacted critically to this idea (see the reference). The fate of the state corporation was decided at a closed meeting that took place on 11 in June of this year in the Kremlin with the participation of President Vladimir Putin and Prime Minister Dmitry Medvedev.

As it became known to Kommersant from sources in the presidential administration, a few days before, Mr Putin, having familiarized himself with the option of transforming the space agency into a state corporation, put a resolution on the draft, according to which the head of the Kremlin administration, Sergey Ivanov, was entrusted to control the process of preparing documents "On the creation of the state corporation" Roscosmos "". However, according to a Kommersant source in the Kremlin, Dmitry Medvedev intervened in the process, convincing the president of the need to hold a meeting involving all interested departments. “Vladimir Vladimirovich, after a personal conversation with the prime minister, agreed,” he added.

According to Kommersant, 11 June in the Kremlin together with the President and the Prime Minister gathered, in particular, Industry and Trade Minister Denis Manturov, Defense Minister Sergei Shoigu, Vladimir Popovkin, Dmitry Rogozin, and then Economic Development Minister Andrei Belousov. After discussing the project, Mr. Putin, according to the Kommersant interlocutor, asked those present to speak in favor of or against the creation of a state corporation. “At the beginning of the meeting, Belousov resisted, but at the end he also changed his point of view,” Kommersant source says. “Shoigu, Manturov, Popovkin - almost all those present voted for the creation of a state corporation.” According to him, the only one present who sharply criticized the idea was Dmitry Medvedev.

The outcome of the meeting, contrary to the expectations of most of its participants, was not the creation of a state corporation, but the emergence of a commission to structure the rocket and space industry system chaired by Dmitry Rogozin, whose composition was approved by Vladimir Putin on June 26. And on July 2, the launch of the Proton-M launch vehicle with three GLONASS-M vehicles ended in failure. On the same day, the Deputy Prime Minister announced the beginning of the reform of the industry, the draft of which will be reviewed today.

However, according to the Kommersant interlocutors in the Kremlin, there is no certainty that the project will satisfy Vladimir Putin. “It has repeatedly happened that the president not only sent some documents for revision, but also forced him to redo it again, in a fundamentally different way,” said one of the Kremlin officials. Therefore, any scenario cannot be ruled out until the issue of creating the Roscosmos state corporation is reconsidered, he concluded.

Why Dmitry Medvedev reprimanded the head of Roscosmos

“Announce the head of the Federal Space Agency Vladimir Alexandrovich Popovkin reprimand for the improper performance of his official duties,” the text of the decree signed in August by the Prime Minister reads. It is noteworthy that Vladimir Popovkin became the third representative of Roskosmos subjected to this disciplinary action. Earlier, the former head of department, Anatoly Perminov, and the deputy head, Anatoly Shilov, had to answer for the breakdown of space launches. The current reprimand was also preceded by a major cosmic mishap - July 2 2013, as a result of the Proton-M launch vehicle crash, three GLONASS-M satellites were lost. 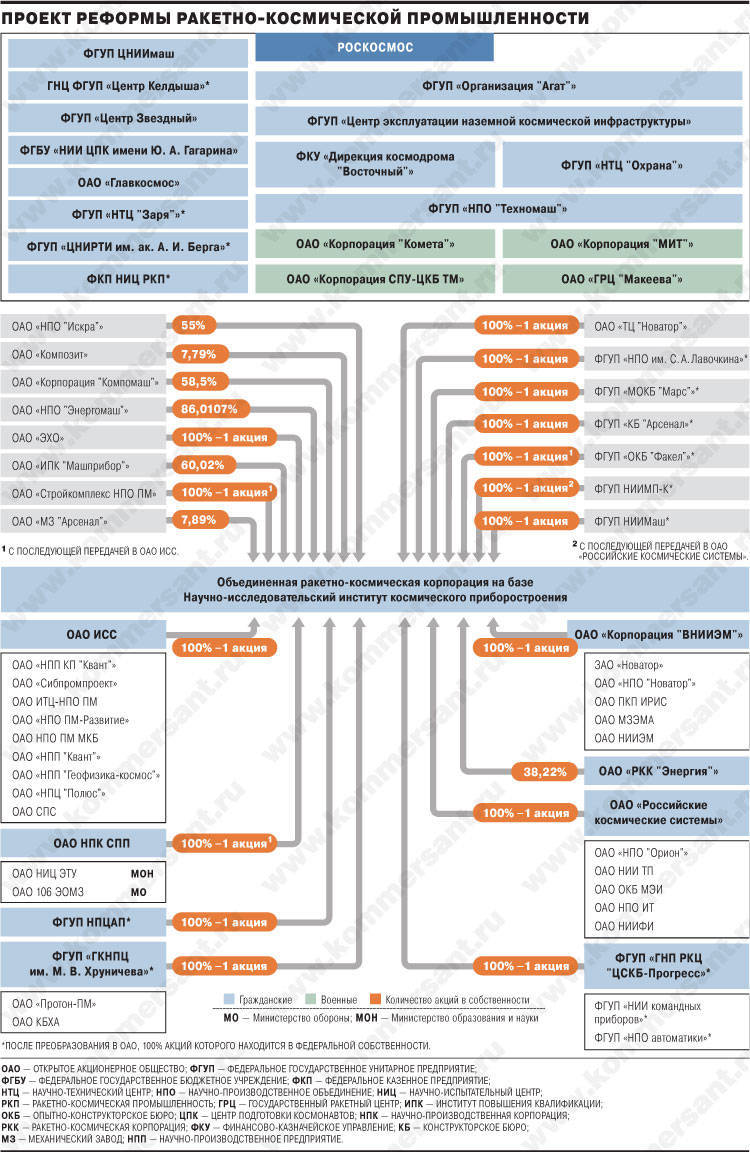