4 September 2013
19
Greetings to all categorically!


The week of envy began dynamically. News and sypyatsya like troubles from Pandora's box. But I hasten to say-Putin has nothing to do with it! All damned dwellers - sharpen their swords and gnash their teeth with anger. As you can guess, the situation around Syria and the burning desire of Obama give such dynamism to the events, poking out a stubborn country. Against this background, Washington’s hasty efforts are being made to give at least some legitimacy to its Wishlist. This is not surprising. It is surprising that we don’t see the heaviness, inclusiveness and shameless juggling of facts designed to steer the situation in the right direction for the US, and similar efforts of the whole "monolithic" Western coalition in such affairs of the recent past - Yugoslavia, Iraq, Libya .. Well, yes - we did pretend to have received samples from chemical weapons in Syria, yes, they did an express analysis of these samples (where the UN was there with its awkwardness in this matter! Already for four weeks they requested to study the samples! Tundra!) european hu Torah, the army szvyayuchi and - everything! The warrior fuse somehow dried up and ceased to be so confident and loud. Of course, this does not mean that it has evaporated. Everything went into some kind of hidden phase, very reminiscent of the desire to achieve his goal on the principle of “So don't get to anyone!” 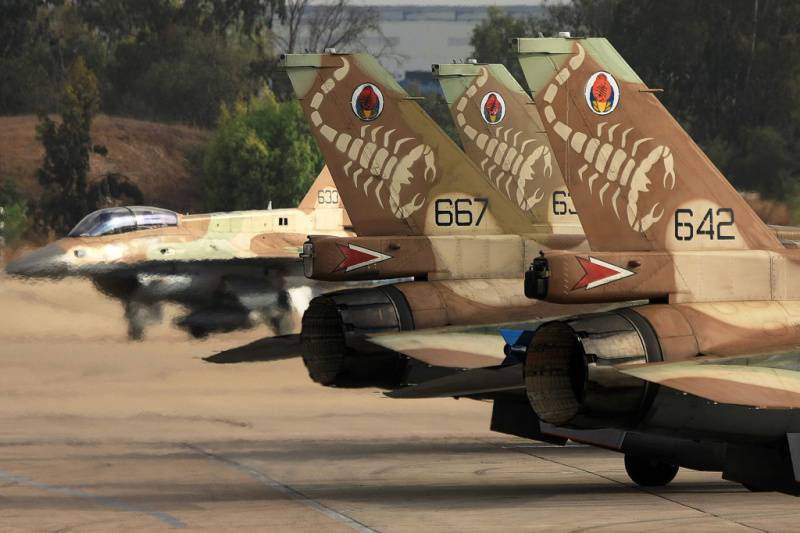 “PARDONTE, LORD! THAT I HAVE BROKEN SMALL! ”

The situation two days ago with the news that the plane and tomahawks were shot down was resolved. Explanations and refutations followed, but the “sediment remained”, as in a joke. Different versions of the need for such news, both pro-American and anti-American, were put forward. And now, today - a new message and already confirmed by numerous sources - the launch of two ICBMs from the Mediterranean Sea. What is remarkable, after the Russian SPRN station in Armavir (what good news confirms the capabilities of our rocket engineers!) Tracked these launches after this fact was conveyed to the leadership of the country, after which requests were sent to countries to this, all requests received a negative response. Israel said it had no information about the launches, the United States said the same thing, and England rushed to say: “I know something, but I have nothing to do with it!” It's funny in England’s response that she immediately rushed to turn the blame off yourself Subsequently, the situation was clarified and overgrown with interesting details - Israel and the United States stated that - yes, it was they who fired missiles just for testing their missile defense system. It would have been possible not to focus on this situation, which was resolved so peacefully, if it were not for the multidirectional statements of the States and Israel, from - “They didn’t hear!”, To - “Yes! This is us! Just so - have trained. " It is possible to put forward several versions on this topic from “Sensing the possibilities of Russian air defense by launching ICBMs of blanks in order to open the radar stations” to: “And we will fire a couple of missiles at Syria!” Perhaps they will, and they won't notice! ”So to say, a trial balloon. And we must pay tribute to the Russian Strategic Missile Forces, this ball in the pocket did not hit.

30 August from Washington came the call-up cry, addressed to the leadership of the Baltic countries and Poland to take part in a crusade against Syria and make their contribution to the holy cause of punishment of the recalcitrant. Slaughter "I obey, sir!" Reportedly, a meeting took place between the President of Lithuania and “her colleague” Barack Obama. Well, why do people laugh? What are colleagues? The vassal met with his master and the vassal for joy that he was honored with such an audience, his cheeks were not cracked. Still would! They are considered not just as cannon fodder, but as a “partner” in such an important and fateful matter, how to go to punish Al-Assad's non-hearing. Well, for the sake of the lord, you can even a few dozen (and maybe hundreds) of your warped up anti-Russian propaganda of the soldiers into the war cauldron.

In addition to small-scale balts, always snooping around to beat out Russia from Russia under the pretext of various compensations, the vassal's zeal was demonstrated by Donald Tusk. Well, everything is quite understandable here. In addition to the desire to get the grubs from the hands of a big brother, in the minds of a good part of the Poles have long dominated the desire to put a big, fat Polish pig in Russia. It’s just that this fun event is constantly breaking down, the gas pipelines will be laid past Poland, then Russia will reorient the flow of cargo to Europe, again, bypassing, it will mist the fog over the runway near Smolensk in order to destroy the Polish president in a plane crash. The right word, until now, encountering various conspiracy theories of the causes of Kaczynski’s death and occasionally looking at Polish forums, one is struck by what insanity politicians can get with a restrained feeling of great power.

Looking at the whole caricature of the caricature with an appeal to the Baltic countries to come together in a single fist to strike at Syria, one cannot help recalling the film “VIY” and the appeal of the beautiful and moribund and witching mistress: “Ghouls to me! To me vampires. But the associations do not end with this appeal, but lead further to the very moment when the rising sun with its light turns these bloodthirsty, stupid and brainlessly obedient freaks into a bunch of blue bodies, frozen in convulsions.

Another attempt by Russia to persuade the capricious temper of the “girls to give out” - Ukraine to its side cannot but cause a smile. What kind of gingerbread wasn’t offered to svidomitas in embroidered shirts, but they all choose and choose ... Today, from the mouth of Glazyev, the next tempting and sound ones were heard (Although, nahiga goats, ie, nezalezhnykam, bayan, ie sound sentences?) that when integrated into the CU, Ukraine can fully reclaim its position in a relatively short time. 10 - 11 billion Ukraine will be able to receive into its piggy bank only from the very fact of joining the CU and, accordingly, from those preferences that members of this economic union have. But, why should they such "handouts" from Muscovites ?! Here are the gentlemen from the EU! ... Here they offer ... Here you have both fat in chocolate and most oseledets, silk shalvaras, and embroidery goods - krasitsya in suite and, and, and ... In general, all that they don’t wish for that there is such a beautiful country as Ukraine, with its such striving towards a bright future, in a close fraternal embrace with its European brothers, is the future.

And the Panamans-Ukrainians did not know that in five years, if they joyfully join the fraternal family (we must recall fraternal feelings especially towards Cyprus, in the recent past) peoples, then all their main enterprises of the industry will be safely covered with a copper basin. able-bodied people rush to work in Europe. The benefit of this will be even more affordable.

And after all, the European barber Golokhvastov manages to successfully fool the head of the Ukrainian Prone Prokopovna, hiding his total bankruptcy behind the alluvial consistency! Okay, bankruptcy. God willing and from this jam, with time, will get out. And not without the help of Russia because periodic appeals to Russia for lending to certain “productive and constructive” projects are taking place. The danger, the most insidious and ruthless lies in the fact that the infection, wearing a “proud” abbreviation - LGBT, will step onto the streets of Ukrainian cities boldly, brazenly and shamelessly. And this is already happening! If in Russia laws are being passed on stopping this infection, then no one in the EU will allow this to the tolerant Ukrainian population. If we, in St. Petersburg in particular, the perverts parade resulted in a mass march of one lost rainbow flag-bearer (and even then rescued by riot militia from the desantyuru breathing fresh air. Just a coincidence!) . That's it! The first rainbow-colored swallows already make their nests from their shit under the eaves of the Ukrainian huts. It's sad ...

“GO TO THE BAZAAR, BUY A GOOD, BEAUTIFUL ROCK AND DEBT TO HIS HEAD”

This admonition, often repeated by one of my comrades (former Major SpNz in Afghanistan, and today a boxing coach), is very harmoniously the NANO of our current Minister of Finance, who condescended to a demonstration lesson in the seventh grade of a Moscow school. I was directly moved to tears and admired the NANO-pedagogical innovations of an official of such high rank! Well this is necessary! As he accurately noticed that it was seventh graders who were already prepared to teach high financial disciplines by the ministers! Very, very impressive.

Looking at the faces of seventh graders (there was a TV report), it was very noticeable that the subject, taught so vividly and intelligibly, by Mr. Siluanov completely absorbs all the thoughts of schoolchildren! But how! After all, it is especially interesting for seventh-graders, how the budget is formed, how it passes all approvals and approvals, how it is spent (and this is a very interesting budget item!), And how it is being audited.

But, the most pleasant, that to mr. Siluanov this procedure, apparently, was very liking. There are so many ticks you can draw in your asset - with the people closer? I got close. Light of knowledge - brought to the audience? Brought! There is something to trump in the backstage conversation.

It only surrenders to me that it would be more useful if Anton Anton Siluanov spoke with students of specialized universities, so that they could imagine their future professional path and not from the mouth of the teacher, but from the mouth of a high-ranking practitioner. In an effort to try on a piece of the image of the President, for whom regular meetings with the public is a familiar, good and rewarding business, some officials look ridiculous and humorous. With the same success, you can talk about the activities of the financier to children in a nursery or a goose bought at the market.
For today - everything. I thank all those who read my “izmyshlizmy” favorably, as one of the very clever writers of Soviet satirists said and apologize for not having the opportunity to respond to good comments. But this does not mean that I do not see them and accept them with appreciation. There will be time - let's talk.

Today is an interesting day. At work — not a fountain, with colleagues — I swore, returned home earlier than usual, with a headache, and the article flew out in one breath.

Sincerely. ESAUL
Ctrl Enter
Noticed oshЫbku Highlight text and press. Ctrl + Enter
We are
Interview of V. Putin to Channel One and the Associated Press AgencyWhat you didn't want to know about England
Military Reviewin Yandex News
Military Reviewin Google News
19 comments
Information
Dear reader, to leave comments on the publication, you must to register.