Border conflict between Cambodia and Thailand 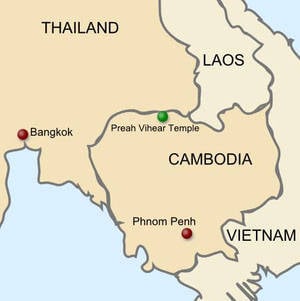 4 February 2011, the border sport between Cambodia and Thailand recalled itself again. In the area of ​​the ancient temple Pra-Vihar (Preah Vihear, Phra Vihan), border patrols of two states of Southeast Asia clashed.


The skirmish turned into a battle with the use of artillery, began the evacuation of the civilian population. According to the Associated Press, the border clash lasted about 2 hours.

Only after the military ministers of the two countries entered into telephone negotiations, the exchange of fire subsided. But already February 5-6 battle broke out with a new force. The conflict killed at least 15 people on both sides, there are wounded.

According to analysts, the escalation of the conflict is connected with the upcoming elections in Thailand, which should be held this year. Thai nationalists sharply intensified their activities, under the slogan "to clear the occupied Thai territories."

Surin Phitsuvan: "Thailand and Cambodia should ask ASEAN to help them conclude a truce and defuse tensions at the border." Phitsuvan expressed the opinion that the conflict between the two countries undermines the prestige of the countries of Southeast Asia, worsening the investment climate, undermining the confidence of economic partners and the potential of the tourism industry.

ASEAN (it includes Thailand, Indonesia, Malaysia, Laos, Myanmar, Vietnam, Brunei, the Philippines, Singapore and Cambodia), there is a principle of non-intervention of member countries in the affairs of the bloc partners. However, for emergencies in ASEAN, there is a clearing-house mechanism and joint problem solving. Under the condition specified by all members of the organization, such a mechanism can be activated only at the request of the state or states experiencing the problem.

Cambodia urged the UN Security Council to put pressure on Thailandin order to stop the aggression.

Hun Sen, the Prime Minister of Cambodia, said: "Cambodia insists on convening an extraordinary meeting of the Security Council so that the international community intervenes in the situation on the Cambodian-Thai border."

"The Thai soldiers carry out aggression against Cambodia with the use of heavy artillery," ITAR-TASS quotes the appeal of the Hun Sen.

Despite the fact that Cambodia and Thailand have agreed on a truce on the border, the Thai army "still does not leave attempts to move deeper into Cambodian territory and systematically subject it to heavy shelling," the message stresses.

The conflict has begun, after the 4 of February, the Thai military, with the help of heavy construction equipment, demolished part of the barriers at the border and advanced half a kilometer deep into Cambodia. The army of Cambodia opened fire.

In recent years, both states have increased the capabilities of their armed forces.

Cambodians and Thais fought among themselves for centuries. In 1904, a special commission conducted land surveying between Siam (now Thailand) and French Indochina. The Preah Vihear 10-11 temple complex of the centuries (the oldest parts belong to the 9 century) was in the kingdom of Siam. In 1907, the French made an even more accurate map - the complex became Cambodian.

1954, the French left Southeast Asia, Siam-Thailand occupied the temple complex. Cambodia protested, in 1959, Phnom Penh appealed for support to the International Court of Justice in The Hague. Neighbors quarreled, diplomatic relations were interrupted.

The main argument in court was the 1907 map of the year and the fact that Bangkok had not disputed these lands for half a century. 1962, the Hague court has decided that Phnom Penh is right, Thailand should release the territory, return the exported artifacts.

1963, the head of Cambodia, Prince Norodom Sihanouk, and about a thousand more people took part in the colorful ceremony of the official takeover of the temple. The prince made a gesture of reconciliation, declaring that the people of Thailand can attend the temple without a visa and that Thailand is the custodian of cultural property seized from Preah Vihear.

1978, a communist Vietnam, started a war with the Khmer Rouge, defeated them, but the Preahvihear area was for a long time a partisan war zone. Only in 1992, it was opened to tourists. In the same year, he was again captured by Khmer Rouge units, in 1998, they laid down weapon. In 1998, Thailand built the road to it, for its part, Cambodia only in 2003, led the way.

In 2007, Cambodia and Thailand agreed that the temple is “an outstanding universal value” and should be included on the UNESCO World Heritage List. Cambodia was supposed to apply to UNESCO with the support of Thailand. But the political opposition has raised a “burial”, accusing the government of abandoning the disputed lands. The government resigned, Bangkok withdrew its support for Cambodia’s request. However, 7 July 2008, the temple became the third cultural object of Cambodia (after Angkor Wat and the Royal Ballet), included in the UNESCO list.

15 July 2008 three monks from Thailand crossed the border and tried to proclaim Thailand's sovereignty over the temple, but they were arrested. They were soon released, but Bangkok led the soldiers into the temple complex, and the peasants began to prepare fortifications. Only the negotiations at the highest level, forced to withdraw the troops.

October 15 exchanged fire, it all started with the penetration of Thai soldiers 3 into Cambodia (according to her statement), ended with a concentration of troops and a ghost of them in full combat readiness. In late October, with the mediation of Beijing signed a truce.

2-3 April 2009, the conflict again went from a sleeping state to an active one. "The armed conflict began at a time when Thai soldiers entered Cambodia. We responded with rockets," a representative of the Cambodian government told Reuters. Bangkok replied that it was an accident, saying that a soldier accidentally exploded on an anti-personnel mine. However, in the morning a battle broke out between the military of both countries. According to eyewitnesses, in addition to small arms and grenade launchers, artillery is now used. 2 is known to have killed the soldiers of the Cambodian army and three wounded soldiers of Thailand. After the morning battle, Cambodian troops took control of the disputed territory. On this in 2009, the parties stopped. 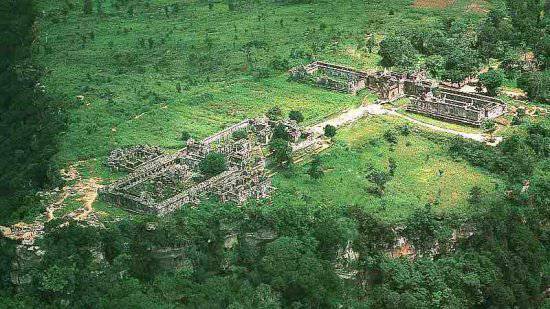 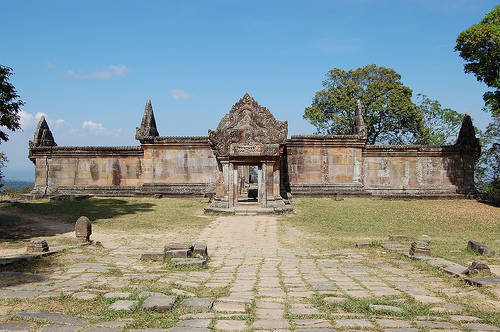 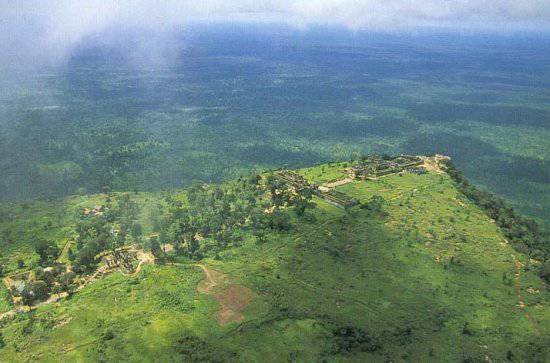 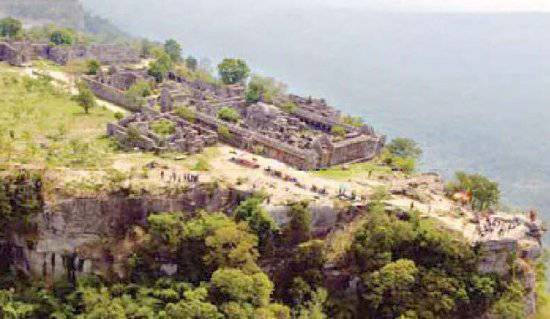 Ctrl Enter
Noticed oshЫbku Highlight text and press. Ctrl + Enter
We are
Weekly summary (February 27 - March March 5) about the military and social situation in the DPR from the Mage military officerAssociated Press blames Kiev for shelling in Donetsk
Military Reviewin Yandex News
Military Reviewin Google News
3 comments
Information
Dear reader, to leave comments on the publication, you must sign in.