“For some reason, we support a foreign manufacturer ...” 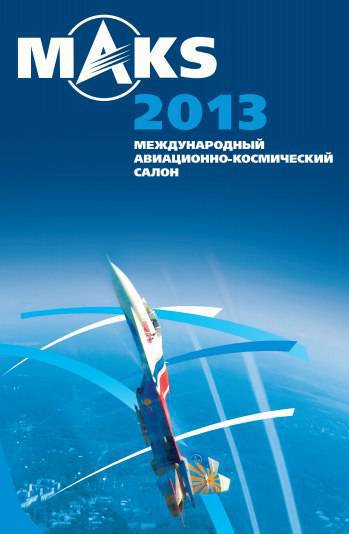 So, the MAKS-2013 aerospace salon has completed its work. Over the six days of work in Zhukovsky near Moscow, about 350 thousands of people visited it. However, compared with the previous air show, the number of visitors decreased by 200 thousand. Especially for the "AN" to the question "What are your feelings about our aviation industry?" Answer ...


Anatoly Sitnov, Deputy Head of the Commission of the Russian Union of Industrialists and Entrepreneurs for the Military-Industrial Complex, Former Chief of Armaments of the Armed Forces of Russia (1994-2000), Colonel-General of the Reserve:

"The country's top leadership has repeatedly loudly given the installation"

- In fact, complete ignorance by foreigners of this air show suggests that Russia in the field of aviation is beginning to be present in international isolation. And if foreign manufacturers are pulling their production to us, it means that those in power do not want to develop their own aviation industry!

Here we have a widely and enthusiastically advertised purchase of foreign aircraft just for astronomical sums. But why buy equipment that is similar to ours? It turns out that for some reason we support a foreign producer, we feed someone else’s science and create thousands of jobs abroad, leaving our workers and engineers without a piece of bread. All this is nothing like killing your own aviation industry!

Therefore, it is necessary to develop science and fundamentally exploratory research, it is necessary to move in all directions of development of new materials, which, by the way, was not presented there either. So I can say the following: we fly well, but we just forgot how to do the technique!
It is a great surprise that the top leadership of the country has repeatedly loudly prompted the development of industry, stated the need for production at domestic enterprises, set the task of creating 25 million jobs. But the instructions of the President, it seems, do not reach the consciousness of officials, and everything is done the other way around.

Andrei Zverev, General Director of Russian Electronics OJSC, member of the Management Board of the Russian Engineering Union:

“It would be advisable to introduce personal responsibility for state investments”

- Aviation industry is that industry, which, along with the automotive industry, is city-forming in the state. This is a complex, very difficult and complex industry, capable of properly developing and investing the funds of the state and business, with the right policies in this area, to drag along the entire industry and take our country to a new round of development, like a locomotive.

I think it would be appropriate to introduce personal responsibility for state investments. For example, I came to the state for money, I agreed on deadlines and received money, but I didn’t fulfill the tasks - it means that the whole team is “resting.”

And if this is a private enterprise - laid the shares. That is, if you have not fulfilled on time and spent public money, but there is nothing to report, it means that the shares are transferred to the income of the state.

And then I’m willing to run to the state for money will immediately become less!

“There is a problem of personnel policy in the aviation industry”

- There is a problem of personnel policy in the aviation industry, therefore, it is necessary to advance the investment of funds in the educational sector. If today we do not make a very serious reserve, do not create centers for retraining of workers, specialists, and higher personnel, then in the near future there will be big problems.

“The release of several dozen planes per year is a common thing for the Irkut Corporation, but massive and timely deliveries to the Russian Air Force are a matter of our special pride.

The main result of the last one and a half years of our work is a sharp increase in the volume of production of aircraft for state defense orders. So, in December 2011, the Russian Ministry of Defense ordered us a large batch (55 units) of the Yak-130 combat training aircraft, much of which have already been delivered to the Air Force.

Ctrl Enter
Noticed oshЫbku Highlight text and press. Ctrl + Enter
We are
What you didn't want to know about EnglandList of destroyed the largest and most high-tech enterprises
Military Reviewin Yandex News
Military Reviewin Google News
20 comments
Information
Dear reader, to leave comments on the publication, you must to register.