Technological fist. Modernization of radio electronics is a priority task of re-equipping the Russian army at all its levels 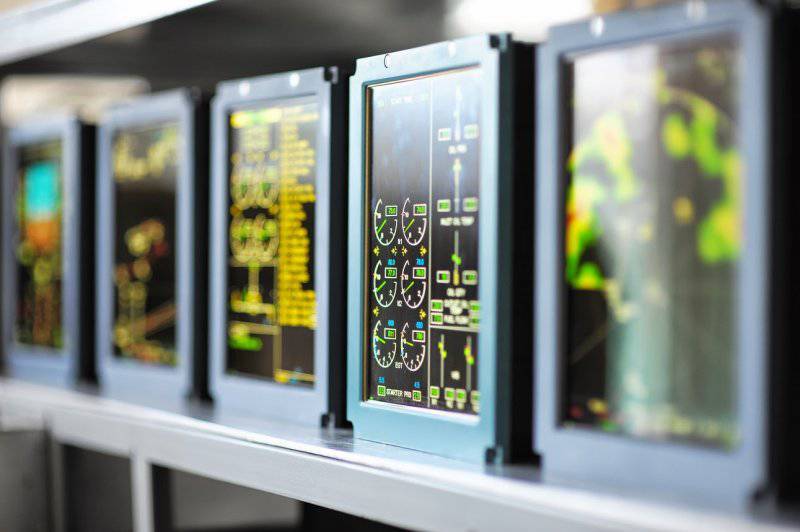 Russia annually spends considerable means on national defense. However equip troops with the newest weapons impossible without a modern technological and production base, without expensive research and design development. In combination with state money, the discipline and systemic nature of the research and production policy of the former “mailboxes” can make them hi-tech engines of new economy.


A significant part of scientific organizations and production plants of the military-industrial complex are owned by the state-owned corporation Russian Technologies, which has grouped them into thematic research and production associations specializing in various sectors, from metallurgy to aircraft manufacturing. As a result of the last consolidation of assets in 2012, a giant holding company, Radio Electronic Technologies (KRET), emerged in the structure of Russian Technologies, bringing together more than 120 of radio-electronic industry organizations under its auspices.

However, KRET as a managing organization was born as early as 2009, consolidating about 60 enterprises and research centers specializing in the development and production of radio electronic products, mainly for military purposes. The traditional fiefdoms of KRET are electronic warfare (EW), which includes all types of electronic intelligence, protection and suppression, as well as state radar identification, better known by the “friend or foe” principle. In addition, the concern has traditionally been engaged in the creation of special measuring equipment and a very profitable direction - the production of electrical connectors and cable assemblies.

KRET from "middling" quickly rose to the level of an exemplary holding company as part of Russian Technologies. In the short term, a vertically integrated organizational structure was built, a long-term development strategy was developed and defended, transparent control over the financial flows of subsidiaries and affiliates was established, and all necessary state licenses for the development, production and repair of high-tech military equipment and military-technical cooperation were obtained.

The concern proved the effectiveness of the implementation of a coordinated research and production policy by correctly “expanding” the knots of problems associated with the fulfillment of tasks of the state defense order (GOZ). The fact is that since the days of the USSR, where the military potential was calculated in quantity tanks, strategic bombers and nuclear submarines, the role of complexes (EW) was underestimated, and the financing of their development was carried out on a residual basis. However, in the modern realities of military conflicts, electronics began to play a major role at all levels of armaments - from homing ammunition to satellite reconnaissance and detection systems. In this regard, the Russian army, aviation и the fleet all kinds of means, systems and complexes were urgently needed to protect, reconnaissance, and even attack at the electronic theater of war. SDOs in this sector began to grow many times a year from year to year. It took truly titanic efforts to quickly organize the development of modern products, conducting state tests, production and supply to the troops. As a result, in 2012, under the State Defense order, the amount of deliveries of the latest electronic warfare systems and systems for all military branches exceeded 4 billion rubles.

The successes did not go unnoticed, and as already mentioned above, last year the assets of the Aviapriborostroenie concern owned by Rostekhnologii were transferred under the control of KRET. The number of controlled enterprises has doubled, the number of employees is two and a half, and the turnover is more than four times. For many industry experts, this “absorption” of a smaller one caused a mixed assessment. And although modern aviation instruments also use radio wave physics and electromagnetic pulses, the specifics of this sector of the radio-electronic industry seemed to them far from the traditional lines of activity of KRET.

However, the concern's management did not save the scale of new tasks. Having strengthened the team with experienced “aviators”, they were able in a short time to develop and propose to Rostekhnologii a new development strategy for the holding, taking into account the current trends of the world market for special-purpose radio electronics, as applied to the national strategic course. According to this strategy, by 2020, KRET wants to become a diversified holding company with a world name, producing ready-made integrated radio-electronic solutions for all types of military equipment of ground, air or sea-based, as well as radio-electronic products of dual and civil purposes.

Now the "war" makes up 70% of KRET products. Consolidated revenue of the group, taking into account the attached assets in 2012, reached 75,9 billion rubles, having increased by 15,8%. At the same time, the share of GOZ increased by 10,5 percentage points and amounted to 42,3%.

It is highly likely that the share of defense orders in KRET revenues will continue to increase with the growth in purchases and exports of aviation, sea and land weapons complexes in which the concern’s products are present. For example, the state armaments program provides for the purchase and modernization of approximately 2 thousand aircraft and helicopters in the period from 2011 to 2020 year. The peak of these purchases will be in the middle - second half of the decade, while the on-board radio-electronic equipment produced by KRET will constitute a substantial part of the cost of newly purchased equipment and an even larger part of the cost of upgrading existing aircraft.

Nevertheless, the SDO strongly depends on the macroeconomic situation and the dynamics of the military budget; moreover, even the State Armaments Program assumes that after the peak of rearmament expenditure in the second half of the decade, their reduction will begin. It is obvious that in order for the concern to achieve a more stable financial position, it is necessary to increase the share of civilian products, the inclusion of new markets in international cooperation.

In connection with the plans announced by the Russian government to support civilian aircraft manufacturing, KRET is closely following the formation of a decent offer to Russian aircraft manufacturers. The concern pays particular attention to helicopter-related topics, since OJSC Helicopters of Russia is also part of the structure of Russian Technologies, occupying a leading position in the global market.

KRET has already created a fully integrated aircraft for the newest model of the average cargo-and-passenger helicopter Mi-171А2. Modern avionics allows you to create on the basis of the well-known family of Mi-8 / Mi-17, in essence, a new helicopter with improved flight performance, increased operational safety and new application possibilities.

For civil aircraft KRET enterprises are preparing an integrated solution based on open architecture (modular avionics), corresponding to the latest global trends in the development of aviation technology. The first liner equipped with such avionics will be the MC-21.

To solve large-scale tasks requires significant investment. Rostekhnologii soberly assesses the possibilities of the domestic investment market; therefore, they are systematically preparing their most promising holdings for an IPO.

Access to international financial resources should give the Russian MIC an additional and very tangible impetus to development. Thanks to the federal targeted programs, the overwhelming majority of enterprises have already carried out modernization and technical re-equipment, increasing the profitability of production and the quality of products. In turn, the research centers of the military-industrial complex have already created a technological reserve for the production of promising products. Government contracts of the enterprise are the best guarantee for investors of the reliability of their investments. Also, they are unlikely to be indifferent to the annual growth of the global arms market and the share of Russian companies that is steadily increasing in its volume. The presence of a diversified product line additionally insures them against macroeconomic risks.

It is quite likely that KRET will become the first holding of Russian Technologies, which will conduct an initial public offering of its shares on international financial sites already in 2015 – 2016. The concern has enough reasons to count on it.

Having concentrated a powerful research and production potential, the concern has begun to form a fundamentally new model of presence in the market that will provide it with a competitive advantage for the years ahead. On the basis of a new technological platform, the corporation plans to develop universal integrated systems of onboard radio-electronic equipment. In other words, KRET solutions will be equally effectively used not only on aircraft, but also on land or marine equipment. At the same time KRET is ready to provide the full life cycle of its products - from the conceptual design to the after-sales service. Given the latest trends, when manufacturers of complex aviation, land and sea complexes are consolidating, the role of a universal partner in the development, production, integration, supply and maintenance of on-board radio-electronic equipment will be as convenient and profitable as possible.

KRET will present its concept of “one window” in the aviation instrument making sector already at the MAKS-2013 air show. According to the representative of the concern, the KRET exposition, located in a separate pavilion, will be truly revolutionary and can surprise not only the Russian public, but also specialists who have seen Le Bourget and Farnborough.

Ctrl Enter
Noticed oshЫbku Highlight text and press. Ctrl + Enter
We are
Interview with the First Deputy General Director of JSC Concern Radioelectronic Technologies (KRET)To the peculiarities of the modern Russian military-technical policy
12 comments
Information
Dear reader, to leave comments on the publication, you must to register.