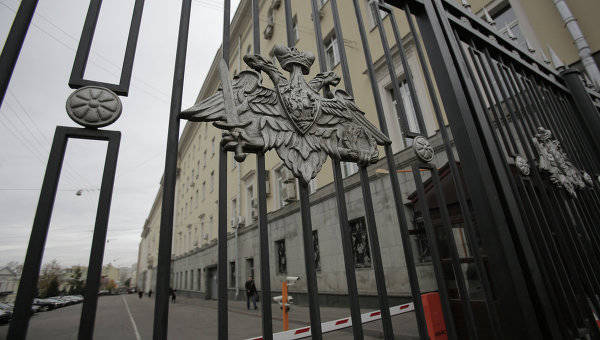 By decision of Sergei Shoigu, more than 1 billion rubles have been allocated for the provision of high-tech medical care, said Russian Deputy Minister of Defense Ruslan Tsalikov.


“For the first time in many years, by the decision of the Minister of Defense Sergei Shoigu, unprecedented funds were allocated for the provision of high-tech medical care - more than 1 billion rubles,” Tsalikov said, speaking to students at the Kirov Military Medical Academy.

Separately, the deputy minister dwelt on the issue related to the existing shortage of military doctors, according to the ministry's website.

According to Tsalikov, the problem will be solved by “hiring civilian specialists for military service.” “At present, the staffing level of military medical service officers is 95%. We have the greatest need in dentists, pharmacists and prophylactic doctors, ”said Tsalikov.

He explained that "the training of relevant specialists for the Ministry of Defense was discontinued in connection with the liquidation of the Samara and Tomsk military medical institutes."

“This situation will be rectified, as is well known, this year the Military Medical Academy has already organized a set of cadets for training in these specialties,” said Tsalikov.

Ctrl Enter
Noticed oshЫbku Highlight text and press. Ctrl + Enter
We are
The action “Military service under the contract is your choice!” In Rostov-on-Don: future contract servicemen, exhibitions and “Russian Knights”
Military Reviewin Yandex News
Military Reviewin Google News
2 comments
Information
Dear reader, to leave comments on the publication, you must to register.