Brzezinski: Russia may use the conflict in Syria to undermine the US position in the region 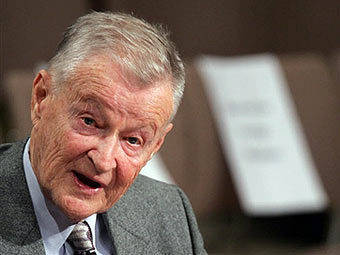 Russia can take advantage of the conflict in Syria and undermine the US position in the Middle East, said former US national security adviser Zbigniew Brzezinski.


About this Brzezinski said in an interview with CNN. He called for expanding the efforts of the international community to address the problems of Syria, RT reports.

“We need to include in the joint work not only the former colonial powers - France, Great Britain and not necessarily Turkey, which also dominated the region in the past. We also need to involve the Eastern Powers, the countries of Asia, which are so dependent on the uninterrupted supply of oil from this region. They should be very concerned about where all this will lead, ”Brzezinski said.

“We must be aware that Russia can take advantage of this conflict if it breaks out in order to undermine our positions in the Middle East as a whole. We need to create conditions so that it will be in their interests to participate in a larger international initiative to determine the rules of the game and solutions to the current problems that are not limited to Syria - this is, let's say, generally a potentially explosive state of the Middle East, ”Zbigniew believes Brzezinski.

“We are on the verge of a new multi-year war in this region. And I do not see any strategy in our actions. All I see is idle talk, emotions and propaganda, ”said Brzezinski.

The situation in Syria escalated after 21 August, a number of media outlets reported on the large-scale use of chemical weapons government troops around Damascus. After that, in the West, where the use of sarin by the Syrian authorities had previously been called a condition for direct intervention in the conflict, they spoke openly about a possible military intervention in the Arab Republic.

On Saturday, US President Barack Obama announced that he intended to get the approval of lawmakers for military actions, and sent a draft document on Syria to Congress. As expected, the House of Representatives and the Senate will vote on the resolution no earlier than September 9. However, a high-ranking source said that the head of the White House could decide to launch a military operation against the Assad regime and in the absence of Congress support.