About tank contracts, and not only 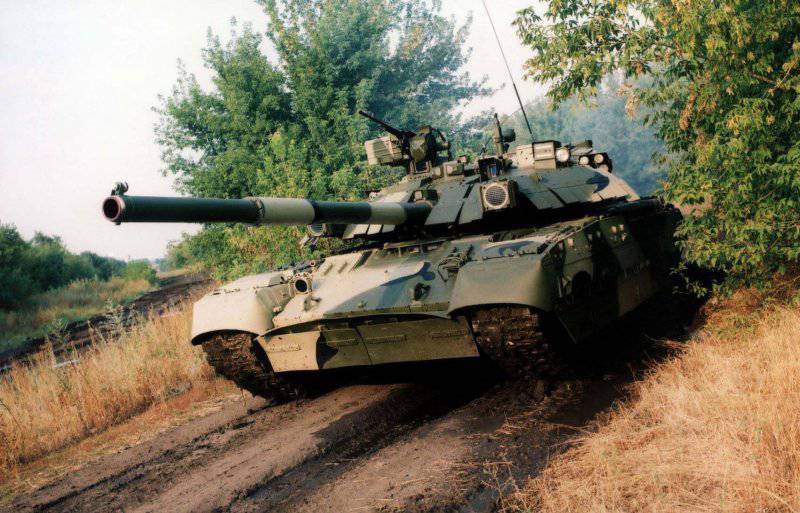 “The armor is strong” is the name of the new book by Mikhail Demyanovich Borisyuk, who has been leading Ukrainian developments in the field of armored vehicles for 21 years (from May 1990 to April 2011). She was released by Defense Express in July 2013. Defense Express editors have already introduced readers to excerpts from the chapter on the creation of tank "Hold". This time, it is proposed to get acquainted with the opinion of a famous Ukrainian designer regarding the development of the industry and the implementation of armored contracts.


- Mikhail Demyanovich, today on European TV channels they like to compare samples of military equipment. Among the tanks only T-34 falls into the top five. On our other tanks just do not say. What do you see the reasons for?

- Oh, it's simple. They deliberately keep silent about our tanks - we are very stubborn competitors. They have enough information. And our tanks constantly participate in various tenders. In the same Greece, our T-84 perfectly showed itself in competition with the Russian T-90, "Abrams", "Challenger", "Leopard". And these are all major manufacturers. They competed on the same range on firepower, on mobile characteristics, crew security, and so on. The results are well known to all. But to show the western audience, especially the professional, the objectively strong points of our technology, is to downplay our competitive opportunities. But T-34 does not disguise - its advantages are proven history World War II. Modern tanks didn’t have real experience of combat use, only some local conflicts, the same Iraq. There they hit T-62 and T-72. But we know perfectly well that the equipment that went abroad is not at all the one that remained in our army. In addition, much depends on who controls the equipment and who commands the tank units. I do not say that our tanks are the best, but they are at the world level. However, our export success, perhaps, will be even better than that of global manufacturers.

- How many Ukraine needs modern tanks? What do you think?

- This topic has always been sick, caused heated debates. But let's take into account that the army of Ukraine is actively reforming. In the course of reform and a reasonable reduction, there is a need to ensure the preservation and development of defense capability, albeit with a smaller quantity, but better quality weapons. This is something that no one seems to doubt. In accordance with various programs, the number of tanks in Ukraine should be within 500-700 units. International estimates suggest that, on average, military vehicles must change every 15-17 years. Thus, we need to produce about 30-35 the newest tanks per year. In addition, currently light armored vehicles need 2-3 more times. So, if Ukraine is going to have a defense potential and a mobile Armed Forces, it will not do without tanks and armored personnel carriers.

- You as the creator of the new Ukrainian tank "Oplot" probably have an opinion on the direction of improving this development. What parting words of the general designer to their offspring?

- Rather, the farewell will relate to the current development team, to the leadership of the A.A. Morozov and the State Concern "Ukroboronprom". For the Oplot tank, first of all, it is necessary to improve the characteristics of weapons and ammunition, including hardening of the barrel. In general, the problem of ammunition is becoming more acute and acute, and this problem is due to its capacity and high level of expenditure within the competence of the Ukrainian government. Without a solution at the highest level, it can not be overcome. Further along the “Oplot” tank, it is necessary to increase and optimize the protection of the tank from the upper hemisphere, especially from enemy helicopter fire. Finally, the third important area should be an increase in engine power reserve of approximately 200 horsepower, and without increasing the overall dimensions of the engine compartment.

- How, in what direction can develop the development of new tanks and light armored vehicles?

- The world is on the verge of another leap in the development of combat platforms in general. And it has a direct relationship with armored vehicles. On the one hand, I have already noted the need for the action of each combat unit in a common, unified information field. This applies not only to, say, the close connection between the battalion commander and a separate tank, but the connection of the tank with all types of equipment participating in this battle. That is, the development of information processing systems, data transmission, automated control, together with the computerization of the technology itself, will obviously come out on top. But not only. I am convinced that the possibility of remote control will also be achieved soon. This will not be a tank, but some kind of tool that will perform specific tasks. It is not necessary that specialized armored vehicles, created to destroy certain types of targets, displace existing models of armored vehicles. It seems to me that the combined use of such means of warfare can be quite lengthy. But it is also clear that there is a steady desire to reduce the crew. By the way, in Soviet times, we were one of the first - 30 years ago - to use automatic loader in tanks. They are still working successfully. Moreover, a number of countries - including the United States, Britain, Germany - do not have automatic loaders in tanks, and their crew consists of four people. And we have three for a long time! Now it is necessary to intensify research on the possibility of reducing the crew to two people. In general, Ukrainian developers of armored vehicles should not remain aloof from the development of the prospects for the main areas - robotization, intellectualization and computerization of equipment.

- Mikhail Demyanovich, more than 100 enterprises are involved in the production of tanks and armored personnel carriers in Ukraine. And with the establishment of ammunition in the country, the number of industrial units involved may increase significantly. The success of the industry largely depends on the state policy, on the implementation of a clear strategy ... You have given the management for many years and understand from the inside how the industry lives. What recommendations can provide modern managers?

- In order for the development and production of armored combat vehicles in Ukraine to develop and progress, it seems to me, a number of important conditions must be met. The first to return the industry independence. Do not transfer it to commercial structures. I mean state administration, in which the head of an enterprise is accountable in its strategy, including the fulfillment of state defense orders, development work, but it will have all the levers of managing the economic structure and economic activity of an enterprise. Naturally, enterprises responsible for the country's defense should not be privatized. This approach will allow defense industry enterprises to realize their interest in their development. The second most important condition should be the rights of self-marketing of their products. Of course, under the strict control of the state in the face of the State Service for Export Control or another state structure. That is, it is not about loosening state control, it’s about the fact that an enterprise should not be powerless.

There are opinions that specially authorized structures, such as GC Ukrspetsexport, have more opportunities to promote technology, since they have extensive marketing services, and sometimes representative offices abroad. Well, great! Nobody says that the special exporter does not sell products of defense enterprises. I just propose to legalize, so to speak, the double right: a special exporter finds a customer, the company acts according to the rules of a special exporter; the enterprise itself finds the customer itself and sells the products under the supervision of the controlling authorities. Such approaches, by the way, were approved by the state and showed the vitality and flexibility of the system. To a large extent, the fulfillment of the two above-mentioned conditions is the key to the interest of the enterprise in its own development, and the implementation of its own management strategy, and the creation of new competitive models. But the lack of material interest of the collective is, I assure you, a road to nowhere. Dead end approach. Moreover, I think that for the success of the joint efforts of developers, manufacturers and special exporters, it is absolutely necessary to take into account some production nuances. For example, when discussing the terms of contracts for armored vehicles, the heads of the KMDB and the Malyshev Plant must necessarily participate and have decisive voices in such positions as the delivery time of equipment, its cost, the volume and procedure for servicing, determining the composition and volume of the supplied documentation and a number of other similar issues. . As for commission fees, I would generally suggest fixing this position at the legislative level. Then the issues of commerce, which are beginning to prevail over the development of the armored school building, will not be a brake on the promotion of new ideas, the introduction of new technologies, the modernization of basic production assets.

Of course, in addition to these requirements, ideally, there should be state support in the form of a state defense order. After all, it is also a common practice, so do almost all countries that produce armored vehicles. The defense industry cannot be used as a cash cow. But, carrying out programs for the creation of new high-tech, competitive models of armored vehicles, the industry will bring to the state both monetary benefits and the country's image of advanced technologies.