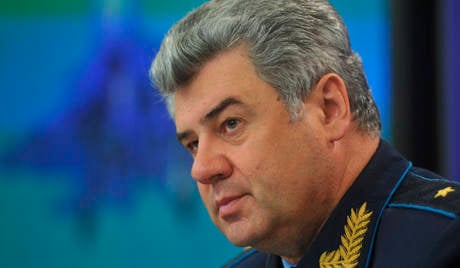 The business program of the MAKS-2013 air show is over. In the sky of Zhukovsky, an air show unfolded, to which thousands of spectators come from early morning, so the last events were held under the roar of jet engines. Lieutenant-General Viktor Bondarev, Commander-in-Chief of the Russian Air Force, became the main newsmaker of the last business day.


The situation in the Air Force, about which Viktor Bondarev spoke during the final press conference, can be described in one word - an update. In the coming years, the air force will receive new types of equipment, from front-line fighters to tankers, the commander-in-chief said. In this case, the conversation is not about units, but about dozens of aircraft, which the Ministry of Defense plans to purchase. The same tankers will go to the troops in the amount of forty pieces, said Viktor Bondarev:

“Work on this agreement is underway, this aircraft is being prepared, it will be called Il-478. With the new PS-90A engines, we will purchase about forty of them. Now we have come up with a proposal that this aircraft should not only be a tanker, it should be combined with the possibility of removing fueling equipment and installing another, for example for fire extinguishing. There should also be the possibility of landing from this aircraft. It must fulfill all the tasks facing the military transport aviation. I think we will begin procurement within three years. "

Answering the question "Voices of Russia" about the prospects for admission to the Air Force of the fifth-generation Russian fighter T-50, the commander-in-chief suggested that the new machine will appear in combat units in three years with a little. Now she faces a test in the army:

“T-50 will come to us for testing at the end of this year. At this MAKS, for the first time, the aircraft showed complex piloting, worked out by the company, and weapons systems were developed during flight tests. Now we will test it according to our program. years, or even earlier. From the seventeenth year, we plan to buy these planes and deliver them to our air force units. As for the further development of this generation of aircraft, Russia will not stop at that, we will be improving. knees, and following. "

A little longer will have to wait for the new plane to pilots of strategic aviation of Russia. The new bomber, developed under the program "Advanced Aviation Complex of Long-Range Aviation", or PAK DA for short, will rise closer to the 2020 year and, contrary to rumors, will not have hypersonic speed.

However, its capabilities will be wider than the current strategic bombers Tu-95 and Tu-160, said the commander.

"The foreproject of this aircraft is protected, work is underway, the plane will absorb all the best that is and will be accumulated during its creation. It will be subsonic, will fully perform all the tasks that Tu-95 and Tu-160 solve, hypersonic its weapons. The plane will be cheaper. But its capabilities will be expanded due to improved weapon characteristics. Long-range aircraft will work up to 2030, but with 2020 we have to start getting the new aircraft and putting it into series. "

In addition, the restoration and modernization of the once abandoned long-range aviation airfields in the Arctic, will continue, said Viktor Bondarev. Now there is an intensive reconstruction of airfields and their infrastructure, which includes not only official and technical building, but also the construction of new housing for military personnel.

Also, the commander-in-chief commented to Golos Rossii about the transfer of a number of aircraft repair plants from the subordination of the Ministry of Defense to the KLA and the Russian Helicopters holding company. According to Bondarev, such a scheme will significantly simplify and speed up the process of repairing equipment.

“The whole thing went very slowly. The only reason is that we sent the planes to the aircraft repair plant, the plant took these planes, bought spare parts from the UAC, Russian Helicopters and everyone who provided cooperation on aircraft repair. This is a long process, and I think that when we give all this, everything will be much faster, cheaper. As the commander in chief, I won’t be interested in where to get this or that spare part. After-sales service completely takes over the UAC, and my task is to receive a timely report that that this or that spare part is out of order. And task - as soon as possible to replace it. "

New equipment is received by flight schools. In particular, the Borisoglebsky Aviation Training Center received more than thirty new Yak-130 combat training aircraft, which received the most positive feedback from combat pilots. In the Air Force, this car has already been nicknamed the “flying desk” for high “pedagogical” qualities and the ability to forgive a cadet for errors in the air, Victor Bondarev said:

“Until the cadet performs the sequence of all the actions prescribed by the flight manual, the car will not allow him to do the following. She tells him what to do. The plane is very easy to fly in the air, it forgives many mistakes. it was very difficult to get the aircraft out of the corkscrew. zopasny flight. "

To the journalists' question about the possibility of creating a new aerobatic team on these machines, the commander-in-chief replied that there are more aerobatic teams in the Air Force than in Russia anywhere in the world, but given the high flight characteristics of this aircraft, this possibility is quite real.

Ctrl Enter
Noticed a mistake Highlight text and press. Ctrl + Enter
We are
A Sip Of Fresh Kerosene - Part IList of destroyed the largest and most high-tech enterprises
37 comments
Information
Dear reader, to leave comments on the publication, you must to register.