Obama's war against the Christians of the Middle East 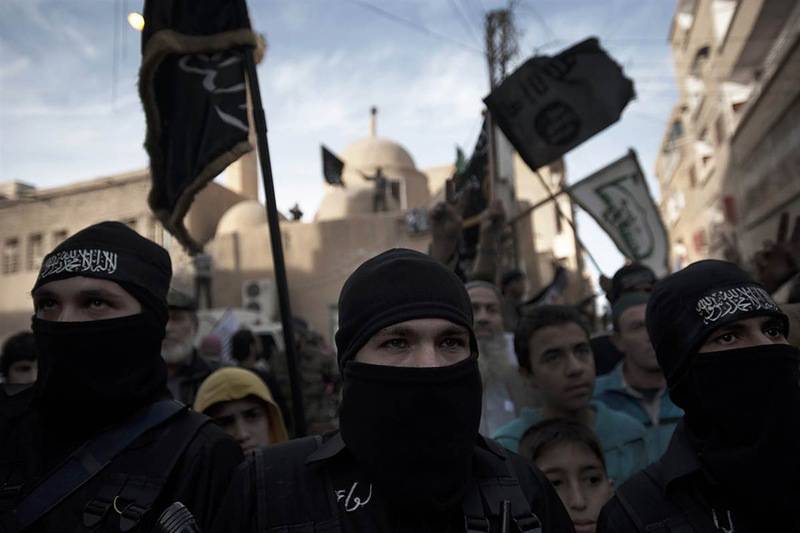 The possible intervention of the United States in the conditions of chaos and bloody confusion that prevail in Syria for more than two years may become a point of world fracture. Everything that happened and is happening in the Middle East during the years of the Obama presidency — whether in Tunisia, Libya, Egypt, Syria, or Yemen — is the result of direct American interference in the internal affairs of these countries ...


Now Obama is simply unable to admit that Syria has withstood the onslaught of the West, the US stake on terror by the Islamists has not justified itself, the Assad government remains in power, and the further, the more the country's population supports the existing regime in the country. Therefore, the impending aggression under the cynical slogan of saving the civilian population is in fact aimed at supporting the defeated rebels. The main purpose of the application of missile and aviation strikes is the destruction of the military infrastructure of the Syrian army, after which "regime change" according to Obama's plan will be engaged in the gangs of Islamist militants who know how to fight with civilians. Among those with weapons in the hands of fighting in Syria against the government army, the Syrians are no more than 5%, the rest are foreign mercenaries fighting in a foreign country with foreign money. In their ranks are now gaining combat experience and people from Russia and the former Soviet republics.

Especially difficult is the situation of Syrian Christians ... Terrorists burn temples, attack old people, women, children. Until now, the anti-Christian orientation of the terror of the allies to the Washington supporters of radical Islam in Syria has not been repulsed. Although it must be admitted that earlier the US Congress refused to endorse Obama’s plan to expand military-financial support to the “Syrian rebels”, considering mainly the persecution of the Christian communities of Syria. The overwhelming majority of congressmen agreed that the United States has no moral right to support the "liberators" that are brutal in a foreign territory. Unlike Obama’s “peacemaker-president,” they found that such a policy does not provide any guarantee of security for religious minorities in Syria, and the support of the Islamists leads to the deliberate and purposeful destruction of the Christian population by them.

Shocking reports of terrorist atrocities against Christians come from Syria almost daily. Thus, for several weeks, the Christian city of Rabeleh was surrounded by militants. There, Islamists killed everyone who tried to get out or enter the city, including representatives of religious Christian organizations who tried to deliver food and medicine to the besieged. Now in Syria, in places where militants fought, it is impossible to find an undefiled Christian church, foreign mercenaries are rampant, tearing down and trampling Christian crosses.

The US administration's intention to aggravate, as far as possible, sectarian conflicts is not limited to Syria, it is acquiring a universal character for the Arab world. It looks like a plan of destruction historical areas of origin of Christianity. This is not just about Syria. The world today is witnessing the destruction of what Christians have been building for two millennia. One of the most important aspects of the raging "Arab Spring" is the genocide of Christians in the Middle East.

Copts in Egypt, who came to Alexandria in the first century and created the first Christian communities there, have already paid for many rampant Islamism. Egyptian Copts are Orthodox Christians. In Egypt, about 10 million people lived in Egypt before the “revolution” imposed by the Americans. In just four days of riots last August in Egypt, 30 Orthodox Coptic churches, 14 Catholic churches and monasteries, 5 Protestant prayer houses were destroyed or burned. Tens of thousands of Copts have already left Egypt, some of them, fleeing the terror, left for Russia. About these crimes in the West are deliberately silent, as well as the fact that more than 2003 million Christians lived in Iraq, which was "liberated" by the Americans before the American invasion of 2, and after 10 years there were less than 300 thousand. It is difficult to find analogs to this outcome in modern history.

Is it possible to preserve Christian culture in the Arab countries of the Middle East? The question is not idle. With the approval and support of Washington, the region passes into the hands of al-Qaeda, Al-Nusra, and Muslim Brotherhood fighters. It is no exaggeration to say that the contribution of the Obama administration to the persecution of Middle Eastern Christians has become crucial.

Recall that the criticism of the actions of the previous US President George W. Bush over the fact that he started the war in Iraq without the approval of Congress, has become part of the first election campaign of Barack Obama. The promise of not starting a new war helped Obama get votes, defeat Republicans and become president. Now his references to the need to protect the mythical “national interests” of the United States in Syria are not accepted by the Americans, more than 60% of them believe that the intervention in Syria is not in the national interest of the country. Capitol Hill lawmakers require Obama to explain intelligibly the motives, goals, and strategies of possible hostilities. In response to his people and his congressional representatives, Obama promises "to make a decision personally."

It seems that, as in relations with Russia, Obama takes a pause in relations with his own country. Most likely, the Obama administration will not get agreement to start a military campaign from Congress, as required by the US Constitution. Washington cannot coordinate its actions with the United Nations. In addition to France, they avoided participation in the attack on Syria and the US allies in NATO. For the consequences of the invasion of Syria, if it happens, Obama will have to answer personally. And here, empty phrases like the one that “the US response to the use of chemical weapons in Syria will be limited” have no meaning.