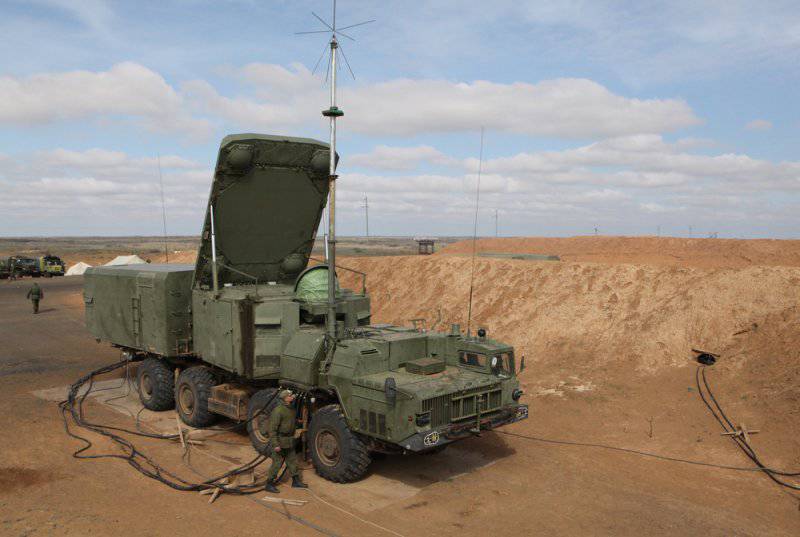 "By 2020, we will reach reliable protection, we will say, not the territory of the country, but the regions and the most important objects," said Viktor Esin, ex-Chief of the Main Staff of the Strategic Missile Forces, to the VIEW newspaper. So he commented on the statements relating to the rearmament of the Russian Armed Forces to new air defense systems.


On Thursday, at the International Aviation Salon MAKS-2013, which takes place in the Moscow region, the head of the Almaz-Antey Air Defense Concern, Vladislav Menshchikov, said that the first contracts for the supply of the newest C-350E air defense systems to the troops, and their serial production will begin at the end of 2014, the beginning of 2015.

He also said that the new ZRS "almost all autonomous preliminary tests passed."

In addition, by the end of the year, the Almaz-Antey Air Defense Concern will supply the Russian military department with two regimental sets of the newest Triumph C-400 anti-aircraft missile system, Golos Rossii radio reports.

“As for C-400, this year we are handing over the sixth and seventh regiments. They will be delivered to the troops, ”said Menshchikov.

He also said that with the development of technology in the troops at the C-400 AAMS, certain improvements were made: "Those four hundredths that are being rented now differ significantly from the first complexes that were in the 2007 year."

As an example, he cited the C-300 air defense system, which it took several years to develop to the level that it is now, when the complex became reliable and convenient to operate.

And in order to make it easier for the Russian military to master new sophisticated equipment, the country's defense minister has already decided to transfer the first 400 C-2007 complexes of the year to training centers.

Currently, the Armed Forces have five regiments with this air defense system.

“There is no longer any equipment that was intended for Iran. We dismantled it completely. Partially separate elements, what can be used, they were used. Partially disposed of. This is absolutely reliable information, ”he said.

The contract for the supply of Iran C-300 was signed at the end of 2007, but in 2010, Russia refused to supply in connection with the adoption by the UN Security Council of sanctions against Iran, which prohibit the transfer of modern weapons to Tehran.

To comment on the statements made on Thursday at MAKS-2013, the newspaper VIEW asked the military expert, the former Chief of the General Staff of the Strategic Missile Forces, Colonel-General Retired Victor Esin.

VIEW: Viktor Ivanovich, today at the MAKS-2013 air show several statements were made about the future of the Russian air defense system. What can you say about this? How do you assess the rearmament that is being conducted in this area?

Victor Yesin: Unfortunately, in the open press this can only be talked about in general terms. But, in principle, the course towards expanding the capabilities of the industry for the production of anti-aircraft missile systems capable of providing anti-missile and air defense is, of course, correct. It is no secret that two new plants are being built now. When they are ready, production capacity will increase dramatically. It is expected that these plants will be commissioned in 2015, maybe at the beginning of 2016. They will produce, among other things, new complexes that need to be created - I mean C-500. And if everything planned in this direction is implemented, Russia's capabilities to increase missile defense will indeed increase substantially.

VIEW: Tell us a little more about how the air defense system will change.

VE: The growth will be both qualitative and quantitative. If now in the year of the Ministry of Defense it receives no more than four new battalions of anti-aircraft missile systems, then in the future it is envisaged that the armed forces will receive up to the 10 divisions per year, and maybe even more. You can also say that they will be of higher quality, will have greater potential. For example, the "Anthea-2500" features four times higher than its predecessor.

VIEW: On Thursday, it was announced that Russia disposed of the C-300 complexes destined to Iran. Probably, because of this, huge forces and means were lost?

VE: Here we must bear in mind that deliveries to Iran were provided from sets of weapons. That is, it was a question of not new production complexes, but of older ones, which are currently being decommissioned by the Ministry of Defense. As for Iran, under the conditions of international sanctions, those supplies that were intended for this country are practically impossible. Therefore, it was decided not to contain these anti-aircraft complexes, but to dispose of them. I emphasize once again that these are not new complexes, but those that were made ten or more years ago.

VIEW: And there were no other ways to use them, except for recycling?

It was correctly stated that each contract is made for a specific customer and cannot be reoriented for another. In international practice, in the practice of our Rosvooruzhenie, which trades on the external market, this is done in the following way.

VIEW: Also on Thursday, it was announced the delivery of two divisions of C-400 complexes by the end of this year. In addition, the head of Almaz-Antey mentioned that they had undergone significant modernization. What do you know about this?

VE: Indeed, two C-400 have already been delivered and two more will be delivered by the end of the year. And modernization meant changes in a broad sense. And the base has become another, more reliable. And most importantly - there was a problem with the long-range missile, which was armed with the C-400 complex, which is what makes it fundamentally different from the C-300. And now, finally, the missile tests are completed, and now the complex is in a new configuration.

VIEW: It was also said that the C-400, received by the troops five years ago, will be sent to training centers of the Ministry of Defense.

VE: And this is very good. It is clear that the complexes of the first release were not so perfect. However, in principle their design is no different. And if earlier in the training centers they studied, we will say so, on posters, now they will see a “live”, real technique. It had to be done long ago.

VIEW: In general, if we evaluate the re-equipment and prospects of our air defense systems, tell me, are they able to protect our country, will we achieve parity with the United States and NATO countries in this area?

VE: Of course, we will not create such a missile defense system, which is created by the United States. In any case, in the short term. By 2020, we will reach reliable protection, we will say, not the territory of the country, but the regions and the most important objects. The Americans are building missile defense throughout the country, for this they scatter their complexes in the east and in Europe. We have no such opportunity. Therefore, we will focus on regional missile defense systems and object systems. However, this is quite enough to ensure an acceptable level of national security. Russia has enough forces and means for that.