2 September 2013
19
The M109 is an American self-propelled artillery mount, a class of self-propelled howitzers that has become the most common in the world. M109 was created in 1953 — 1960. to replace the unsuccessful SAU M44, in parallel with the M108 caliber 105 mm. Serially produced in the United States. In the period from 1962 to 2003 years repeatedly upgrading. In 1990-s produced under license in South Korea. Total for the time was released 9205 self-propelled guns of all modifications. Pretty quickly, it became the standard self-propelled artillery installation of US troops, displacing not only older models, but also M108. The first combat use of M109 during the Vietnam War and subsequently applied in almost all military conflicts involving the United States. In addition to the United States, has become a standard self-propelled NATO countries. 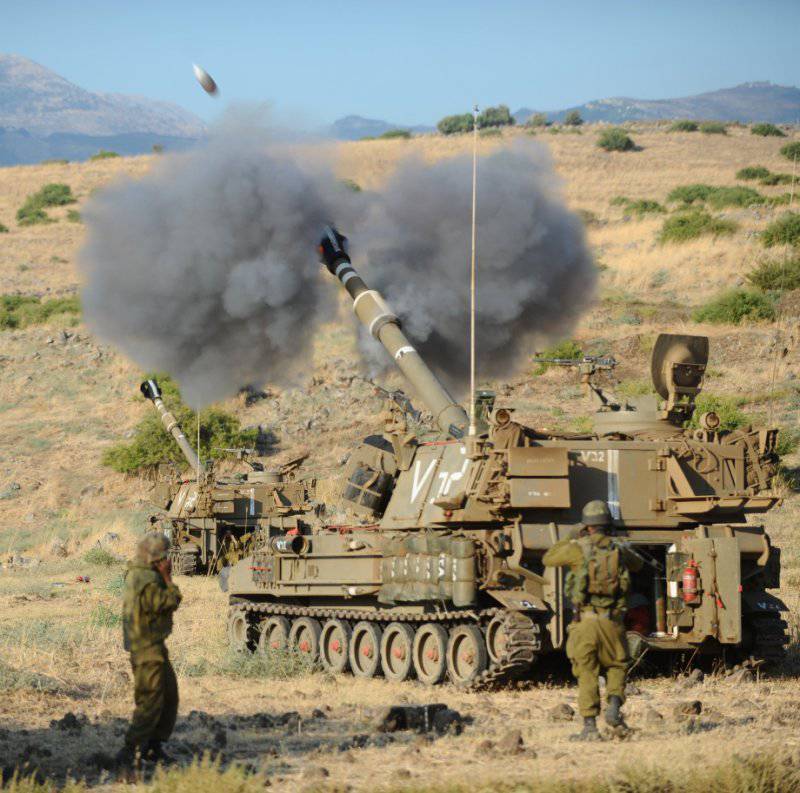 To eliminate the flaws inherent in the M44 and M52, in 1952, they began to create a self-propelled howitzer Т195 of the 110 caliber mm. It was decided to use the gun turret and hull T195 as the basis of self-propelled gun equipped with 156-mm howitzer. A new howitzer project was presented in August 1954, however, it did not receive customer approval. In the 1956 year, for unification within NATO, it was decided to adhere to the caliber 155 millimeters, and in 1959, the first prototype was completed, which was assigned the designation T196. ACS T196 for military tests sent to Fort Knox. 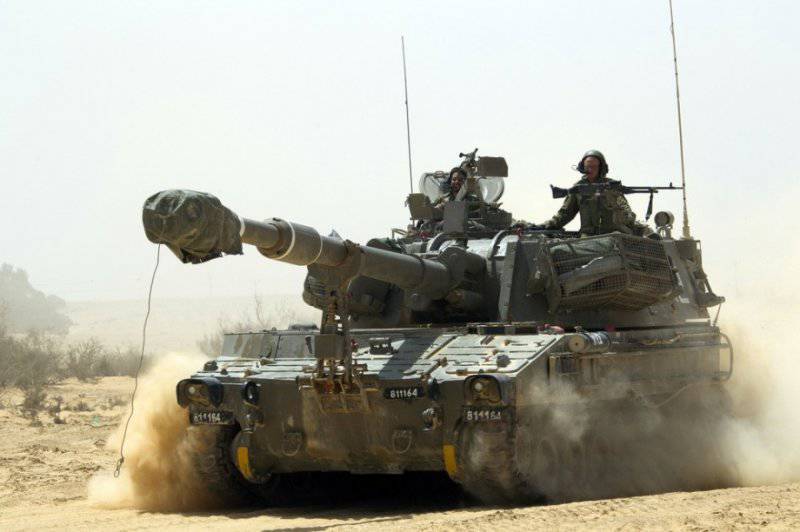 According to the results of these tests, it was decided that to increase the operating range, all American armored vehicles will be equipped with diesel engines. In addition, a number of changes were made to the design of the hull, tower and chassis. Taking into account the new equipment, the model was assigned the designation T196-1. In 1961, it was put into service as the howitzer М109 SP. The first production vehicles were produced at the end of the 1962 of the year at the Cleveland Army Tank Plant under the leadership of the Cadillac Motor Car Division, later Chrysler. A total of Chrysler plant built around 2500 guns. In the 1970s, production of the M109 family was transferred to Bowen McLaughlin-York (today United Defense).

The body and turret of the ACS M109 are made of aluminum rolled armor, which provides protection against fragments of field artillery shells, small arms fire and the light radiation of a nuclear explosion. The stern and sides of the hull were installed vertically, and the upper front sheet at a significant angle. The roof of the case is horizontal. At the stern of the self-propelled gun, a closed circular rotational tower was installed, having an almost semicircular frontal sheet. Rectangular hatches opening backwards are made in the sides of the tower. 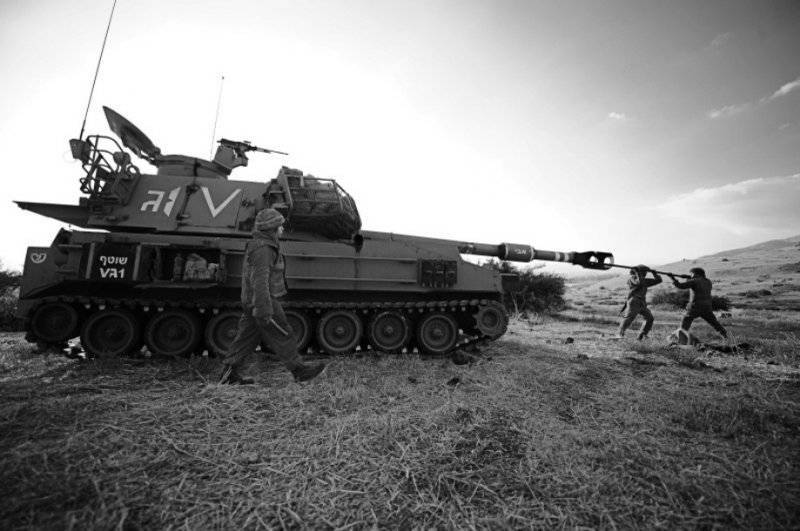 In the self-propelled howitzer, M109 adopted a layout with a front-mounted engine-transmission group. In the aft part of the hull there was a circular rotation tower with a 155-mm howitzer. The driver's seat is located in front of the self-propelled gun on the left, the engine compartment - on the right. The tower is located behind. M109 self-propelled howitzer suspension rod. There are 7 rollers on each side, a guide drum in the rear and a transport drum in the front. Rolls for reverse are absent. The standard equipment includes infrared driving lights, as well as amphibious equipment, enabling self-propelled guns to move independently through slow-flowing rivers. There was a double hatch in the stern, which was used to load ammunition. The crew entered / exited through hatches in the stern of the tower and side walls, as well as through hatches in the roof of the tower.

The M109 self-propelled howitzer crew consists of six people: a driver, a gun commander, a gunner and his assistant, as well as two calculation numbers.

The 155 mm M126 howitzer with a barrel length 23 caliber serves as the main tool. The gun is installed on the machine M127, equipped with a muzzle brake and an ejector. The angle of vertical guidance is -3 ... + 75 degrees, horizontal - 360 degrees. The howitzer is equipped with hydro-pneumatic recoil devices. The main drive guidance - hydraulic, auxiliary - manual. The gun has a large exhaust device, muzzle brake and threaded Welm bolt. Submission of propelling charges and priming tubes is carried out manually. The latter are invested in the gate after a projectile with a propellant charge has already been placed in the charging chamber. The maximum rate of fire is 6 shots per minute. Auxiliary weapons - 12,7-mm machine gun M2HB mounted above the commander's hatch in the tower on the right. Ammunition machine gun - 500 cartridges. 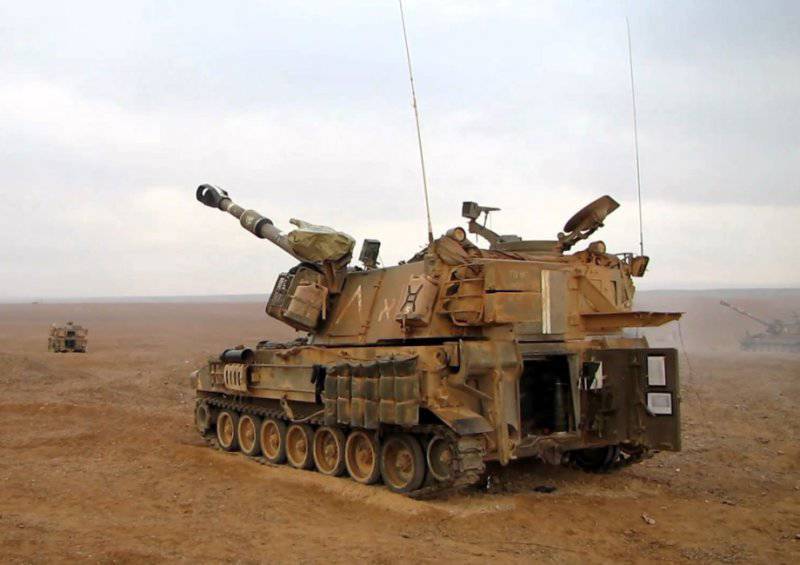 The M109 self-propelled howitzer can overcome water obstacles by swimming: on water, the self-propelled gun is held using a special set of boats, which consists of 3 wave deflectors and 6 inflatable rubberized containers. Movement on the water is carried out by rewinding the tracks. The M109 ACS is capable of firing from the water, but only to produce a “sound effect” since horizontal guidance fails and turning on the move leads to a loss of accuracy. 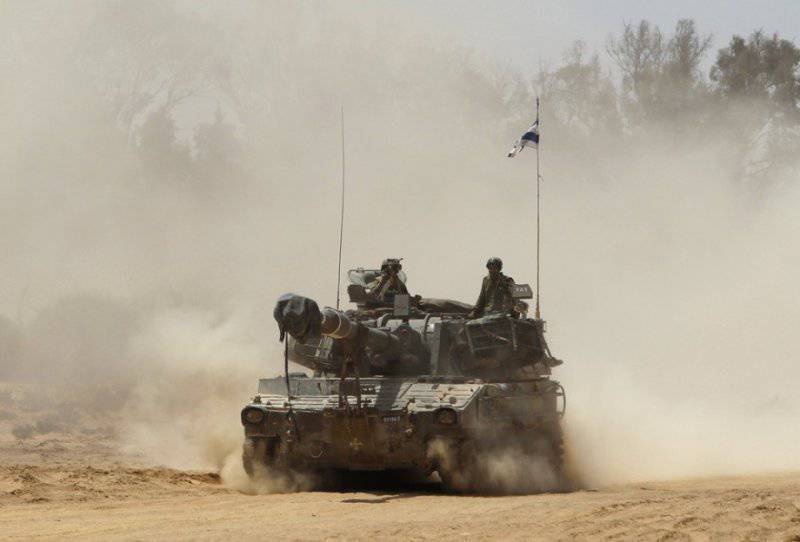 One of the reasons for the durability of the M109 self-propelled howitzer is that the base chassis of the machine is amenable to modernization and can easily “accept” long-barreled artillery with a greater range of fire.

The M109 ACS family includes the following modifications:
M109A1 - Adopted in 1973 year. The main difference from the base model is the increased length of the barrel, reinforced suspension and advanced targeting drives. You can use M864 cluster shells with bottom gas generator.

M109A3 is an upgraded version of the M109A1. Cannon machine replaced. It has an improved mechanic-driver dashboard, an air removal system from the fuel system, a system for monitoring the condition of the ammunition, rollback brake, knurl and torsion shafts. The maximum range of firing by an active-missile projectile is increased to 24 km, high-explosive fragmentation - to 18 km.
The modification M109A4 is equipped with a system of protection against weapons of mass destruction. In the power plant made some changes, horizontal guidance mechanisms improved.

M109A5 - equipped with an M284 gun with a barrel length 39 calibers on the machine M182. The maximum firing range is 30 km. Upon request, it is possible to install an automated fire control system and a GPS system.
M109A6 “Paladin” (Paladin) - modification developed in the framework of the HIP program. Adopted in 1992 year. Installed a new tower with improved armor protection and the inner lining of Kevlar. The M284 cannon is mounted on the M182A1. Replaced radio station.

The M109A6 ACS is equipped with a fire control system, a navigation system and an onboard ballistic computer that provide automatic guidance of the weapon. There is a receiver of the space radio navigation system NAVSTAR.

In 1983, in Germany, a modernized version of the M109A3G was developed. Production started in 1985. It has a new gun with a barrel from the FH70 “Rheinmetall” howitzer. It features more advanced anti-recoil devices, a wedge gate and a reinforced warhead introduced into the ammunition (which made it possible to increase the firing range to 18 km, and the rate of fire - to 6 shots). By changing the placement of ammunition, the number of shots increased to 34 pcs. Also, new, West German observation devices, sights, tracks, communications equipment, smoke grenade launchers and MG.3 anti-aircraft machine gun 7,62 mm were installed on the machine.
Modernization M109A3GN was developed in 1988 year and was made for the army of Norway in 1988 — 1990. Installed new trunks company "Rhinemetall", which allowed to increase the range of fire.

M109L is a modernized version of a self-propelled howitzer made in Italy.

M109A6 and increase their combat performance. The upgraded self-propelled howitzer has a digital fire control system and an improved semi-automatic loading system. In addition, the hydraulic control system of the instrument was replaced by electric drives. The base chassis replaced the improved transmission and suspension elements of the Bradley BMN M2. The Detroit Diesel 440-strong diesel engine has been replaced by the MXNMX Bradley BMP engine (2-strong Cummins V600). The US military plans to upgrade to a PIM 903 M580A109 modification from 6. 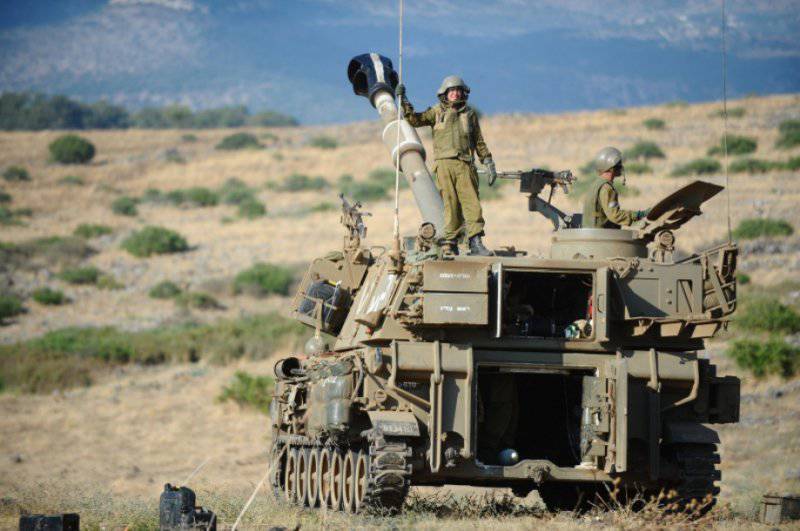 The M109 self-propelled howitzer was used in many conflicts in the Middle East (used by Israel and Iran) and the Far East (by the United States in Kampuchea and Vietnam). 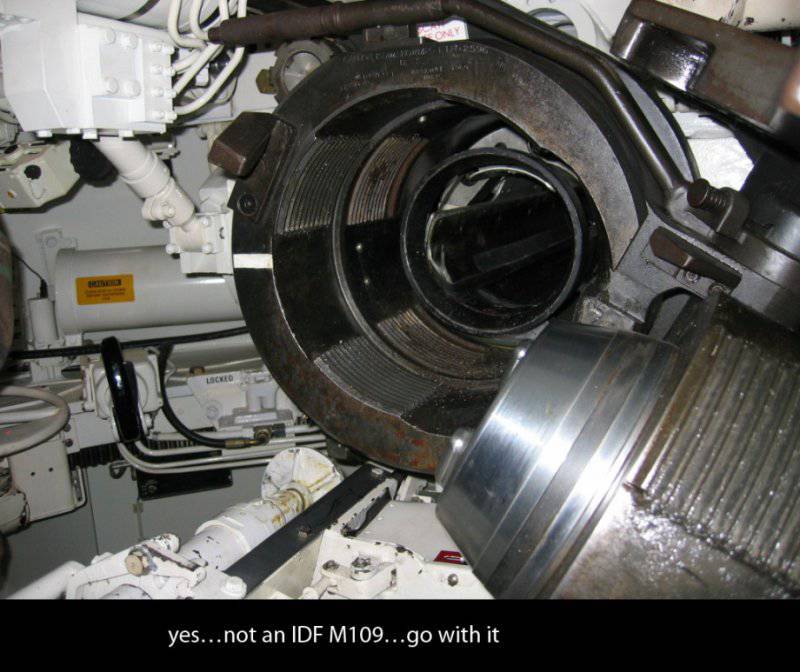 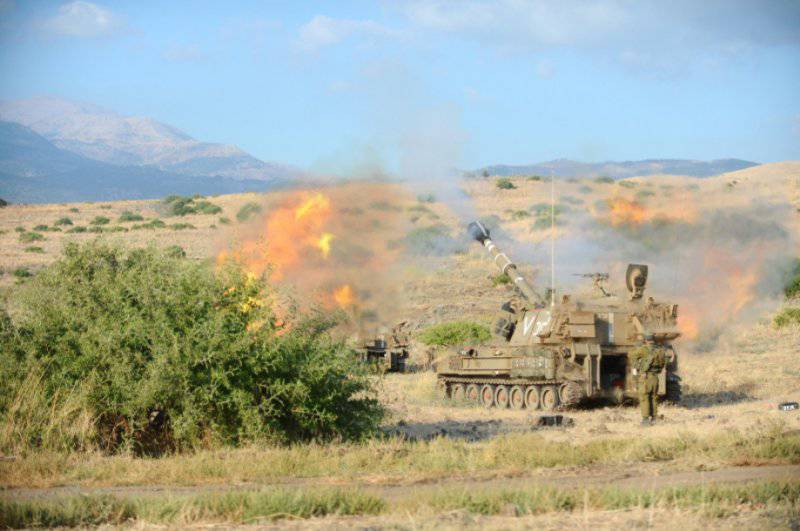