Terrorism is a non-fictional threat 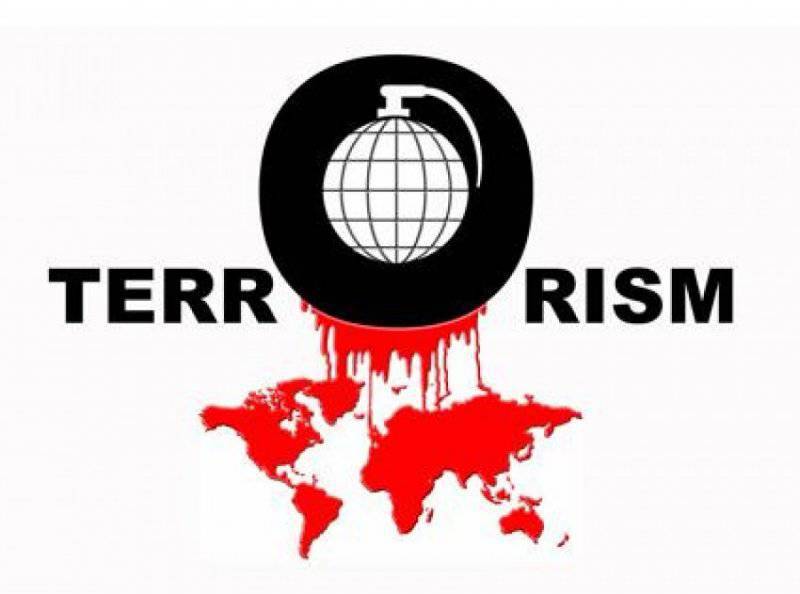 The world community has always considered terrorism and crime synonymous. Sneaky and brutal terrorist acts carried out in different countries were initially perceived as targeted strikes at specific targets, but now they have been viewed as one of the forms of warfare. And whether it was an explosion in a restaurant that killed the visitors of this leisure catering or the death of children on the streets of Afghan cities as a result of a NATO drone attack - these crimes can rightly be attributed to the conduct of hostilities. It is no secret that many terrorists are considered to be psychopaths with criminal inclinations, such as members of the Unabomber, for example. The operations carried out by Bin Laden’s comrades can rightfully be considered military, since they cause enormous harm to the attacked country.

Terrorism has now become the most effective form of warfare. And, as a rule, the countries most equipped with modern weapons are subjected to a terrorist attack. And there are objective and subjective reasons for this. One of them is that the attacked country cannot respond to the crime of a handful of fans with a full-scale military operation. The second reason is the fact that the composition of terrorists is multinational and for their atrocities many countries of the world, whose people joined the ranks of criminal organizations, cannot answer.

But the main reason for the intensification of terrorist operations is the huge, one can say colossal, return on investment in a terrorist attack. For example, the financial component of a terrorist attack on New York is negligible compared to the costs incurred by the United States during the counterterrorist operation. And although the number of victims of the 9 / 11 act of terrorism is much less than the number of people killed in traffic accidents, the attack caused great moral, political and financial damage to the United States of America. As a result of the measures taken, new state institutions were created in the United States, which are charged with raising the level of national security, forming military police units, and strengthening measures for comprehensive control at all transport hubs. And this was not done by the organizer of the terrorist act, he only forced the US government to make unplanned expenses and carry out fundamental changes in the security system in all areas of the country's life.

As it is not blasphemous, but terrorism has very productive investment components. For example, it cost one of the criminals to carry a bomb in the shoes, now at all airports all passengers are “driven off” through the test equipment barefoot. The costs of these additional activities are not comparable to the insignificant cost of an explosive device carried by a terrorist in shoes. This ratio of costs in the Pentagon is called the "force multiplier".

The antiterrorist struggle carried out by the United States of America leads to an automatic restriction of the rights and freedoms of its own citizens. American experts called this process "sovietization." And it passes completely unnoticed by American citizens - it is worth telling them through the numerous media about the presence of danger, the citizens themselves will give up their rights. And although this scheme is known to everyone, it works every time. It is a criminal psychopath to hold an explosive liquid — all air passengers, when checking baggage, throw toothpaste and shampoos into the ballot box without pity .... After the terrorist attack on the Boston marathon, the passage with backpacks to public events will most likely be imposed.

There is only one conclusion - the terrorists realized that even a small attack on their part could lead the world to generate a multitude of events. So far, no one can stop this endless process of intimidating the citizens of most countries of the world with the threat of terrorist violence. Even a comprehensive process of control of government structures over all citizens of the country is not able to ensure the security of the country. Recall that the security measures that were introduced everywhere after the terrorist attack 9 / 11, could not protect people in the Boston marathon from the pressure cooker bomb.

Not only the United States, but any other power, consists of thousands of vulnerable targets: a gathering of people, a train, a children's institution, a park, a grocery store, holiday and sporting events, etc. etc. Every time an attack occurs on an object, measures are taken for its subsequent protection and control — a video surveillance system is introduced, security equipment is installed, and human resources are deployed. But these measures, in practice, do not improve security, but only give the government the opportunity and the right to impose its will on the citizens of the country.

Terrorists do not need powerful modern weapons, enough old cars, some gasoline, fertilizers and a box of matches, and fear, horror of the population, considerable material damage and frenzy of the media are provided.

So, during the Great Patriotic War, Japanese suicide bombers caused enormous damage to the American army. It is practically impossible for modern society to defend against suicide attacks. Suffice it to recall the undermining of cars in the Moscow metro by two suicide bombers. Then dozens of innocent people died. And millions of Moscow residents were gripped by the fear of the possibility of a repetition of explosions anywhere in the city.

In Soviet times, any discovery in the field of technology was considered from the point of view of dual use - for the civil and military industries. Now many technical devices designed for use with a purely civilian purpose, can be used by terrorists to carry out their operations. For example, the American company Aerosonde currently produces small planes that are controlled remotely. The company is positioning its product as a tool for scientific research. But many experts believe that these planes can be used as cruise missiles in a terrorist attack. The availability of new technologies to the terrorists leads to the ineffectiveness of the antiterrorist struggle against criminal rape.

Ctrl Enter
Noticed oshЫbku Highlight text and press. Ctrl + Enter
We are
Situational analysis of the death of the MH17 flight (Malaysian Boeing 777), made on the basis of engineering analysis from 15.08.2014Memo to mercenaries in Africa
Military Reviewin Yandex News
Military Reviewin Google News
11 comments
Information
Dear reader, to leave comments on the publication, you must to register.