Are Obama that he is fighting on the side of al-Qaeda? 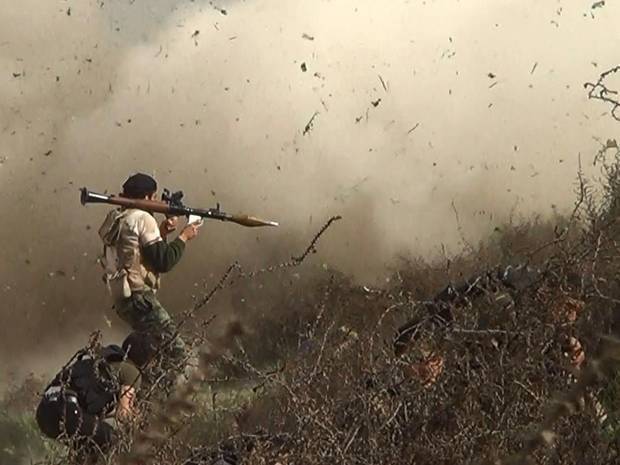 If Barack Obama decides to attack the Syrian regime, he admits - for the first time in stories - that the United States will be on the same side with al Qaeda.

Wonderful union! Is he not like the three musketeers who exclaimed “one for all and all for one!” Every time they rushed into battle? That should actually be a battle cry if, and when, the policies of the Western world go to war against Bashar al-Assad.

And then the same people who killed several thousand people during 9 / 11, will fight shoulder to shoulder with the same country, whose innocent citizens they are so brutally murdered just 12 years ago. What an achievement for Obama, Cameron, Hollande and the other militant pygmies!

The Pentagon or the White House, of course, will not advertise this - just as I suspect, like al Qaeda - although both are trying to destroy Bashar. Just like the Al Nusra Front, one of the al Qaeda units. But here actually curious opportunities arise.

Maybe the Americans should turn to al-Qaeda for help in the field of intelligence - after all, this group is already leading ground combat operations, that is, it is doing something that the Americans are not predisposed to. Or maybe al-Qaeda will be able to offer some targeting to a country that usually states that those who support al-Qaeda - and not the Syrians - are the most wanted people in the world?

This, of course, will be a lot of irony. While American drones kill al-Qaeda members in Yemen and Pakistan — along with the usual crowds of civilians — al-Qaeda can provide them, along with the help of Mr. Cameron, Hollande and other small general politicians. Syria, hitting the enemies of al-Qaida. Needless to say, you can bet on your last dollar, that the only goal that the Americans do not strike in Syria will be Al Qaeda and the Al Nusra Front.

And our own prime minister will applaud everything the Americans are doing, thereby identifying Al-Qaeda, whose explosions in London must have carried his brain. Perhaps - since there are no such institutional memory left among modern governments - Cameron has forgotten how much the sentiments voiced by him and Obama are similar to those voiced by Bush and Blair ten years ago, the same unsubstantiated statements pronounced with such self-confidence but without any sufficient evidence to be believed.

In Iraq, we got into a war based on lies, launched in turnover of swindlers and speculators.
Now - this is a war with the filing of YouTube. This does not mean that the terrible scenes of poisoned and dying Syrian civilians are fake. This means that any evidence to the contrary will be ignored. For example, no one wants to pay attention to the constantly-traveling reports from Beirut, that three members of Hezbollah - fighting on the side of government forces in Damascus - were poisoned with obviously the same gas on that very day, presumably in the tunnels. They are now reportedly undergoing treatment at a hospital in Beirut. So, if the gas was used by the Syrian government army, how could people from Hezbollah get poisoned? Undesirable consequences?

And when we talk about institutional memory, raise the hand of those of our wonderful statesmen who know what happened the last time the Americans challenged the Syrian army? I bet they won't be able to remember. I suggest: it happened in Lebanon when the US Air Force decided to bomb the Syrian rocket launchers in the Bekaa Valley 4 on December 1983 of the year. I remember it very well, because I was in Lebanon then. The American A-6 fighter-bomber was shot down by a Syrian Strela missile — naturally Russian-made — and crashed in Bekaa, its pilot, Mark Lange, was killed, and the co-pilot, Robert Goodman, was captured and imprisoned. in Damascus. Jesse Jackson was forced to go to Syria to rescue him after almost a month's imprisonment, amid numerous spells about "the need to end the cycle of violence." Another American plane - this time the A-7 - was also shot down by Syrian fire, but the pilot managed to eject over the Mediterranean, and then was pulled out of the water by a Lebanese fishing vessel. His plane also died.

Of course, we are told that the attack on Syria will be short, back and forth, in a couple of days. Just like that to think Obama. But think about Iran. Think of Hezbollah. I rather suspect - if Obama really decides to take the first step - this time he will have to run and run.

Ctrl Enter
Noticed a mistake Highlight text and press. Ctrl + Enter
We are
Results of the week. "Whose will you be?" Whose serf, I ask? "Syria: Americans scare themselves, and Asma Asad buys chairs
102 comments
Information
Dear reader, to leave comments on the publication, you must to register.