August 31 2013
89
I can’t believe in any way that the “layer” of what is happening is visible to us - the people of Syria, with the support of Russia, China, Iran, are fighting against the plans of insidious backstage, there is the last one and, more importantly, the main one. 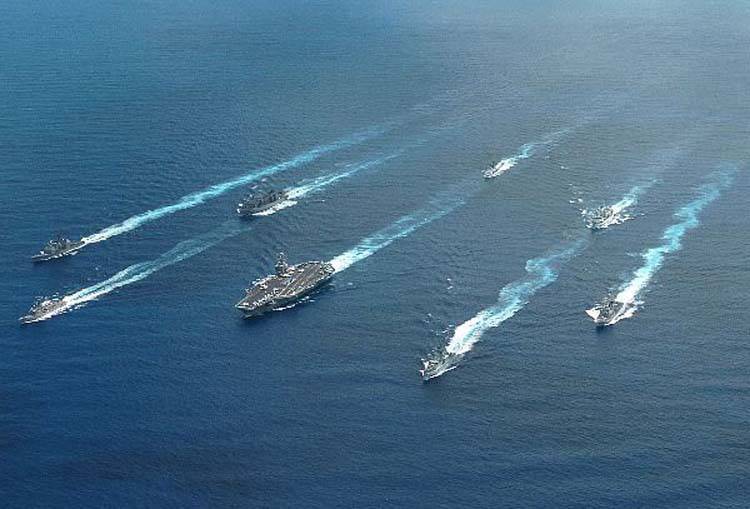 No, I personally do not for a moment doubt the controllability of our world, a very small group of families. But after all, the same BRICS countries (which includes both Russia and China) in their current form are the Rothschild project. But also primitive: Rothschilds vs Rockefellers, round ... (hell knows what), no, not that case.

I think that what we see in Syria is a projection of backstage clashes within the world elite.
Just like a couple of years ago, when we saw history with Domenik Srosse Kann - it was the answer of one part of the elites (the Fed owners) to the proposal of another part of the elites to share the authority to create the Central Bank of Central Banks, i.e. repeat the 1913 trick of the year, but now on a global scale. This is what was announced in Washington at the extended meeting of the IMF and the Central Bank Strauss Cannes. The answer came in the form of the hotel "Sofitel" - translated from home: This is our cow (US Federal Reserve) and we are milking it!

What happened in Syria?

Did you not divide the newly discovered oil and gas fields in the shelf zone? It is doubtful. This is just a matter of share, I don’t think that for the sake of this, Assad would put his life at stake — in the coffin or in exile, those percentages of prey will be purple.

Did not let Qatar pave the pipeline to Europe? It is also not clear. The Kremlin needs this - cheap Middle Eastern gas will put an end to the dreams of the Great Gas Empire of Russia, yes, but why is it Assad ?!

Unlike Gaddafi, Assad did not even stutter about selling oil and gas not for dollars, but for some other currency, or God forbid to switch to the "gold standard." And no one owes him money, at least not in such volumes as Sarkozy owed Gaddafi.

Has Syria gotten on the path of the "Forces of Good" as a barrier to a similarly planned demolition of Iran?

But even in this case, no one would have spoken so much time: in the morning on CNN, a report on the "use of chemical warfare agents by the Assad regime, and at night," Tomahawks "with" Invisibles "would have ironed Syria far and wide. And the special forces landed, in a few days would provide "100%" evidence of chemical use. weapons.

We see the indecision of the American president. But the president is just a hired manager. It is not he who cannot decide - he, his actions, is a projection of forces visible to us, more precisely, forces pulling in different directions. That's why we see that one finger rests on the trigger, and the other hand, on the contrary, places the safety flag on the Safe.

Obviously, there is no agreement between the Puppeteers. The Masters hand hovered in indecision over the pawn on the intermediate move.

The following moves will be interesting. Will they show the direction in which the flock will be dragged toward the "bright?" the future.

Ctrl Enter
Noticed oshЫbku Highlight text and press. Ctrl + Enter
We are
Rockefeller and Rothschild "Big Game" - in the light and in the shadowV.B. Pavlenko: “The Great Game” of the Rothschilds and the Rockefellers - Into the Light and In the Shadow
Military Reviewin Yandex News
Military Reviewin Google News
89 comments
Information
Dear reader, to leave comments on the publication, you must sign in.