10 facts about the "foolish" wars

August 31 2013
39
Iraq, Libya now also Syria. The meager imagination of modern hawks, whether it is the case in past centuries. Here are ten facts of the past years: 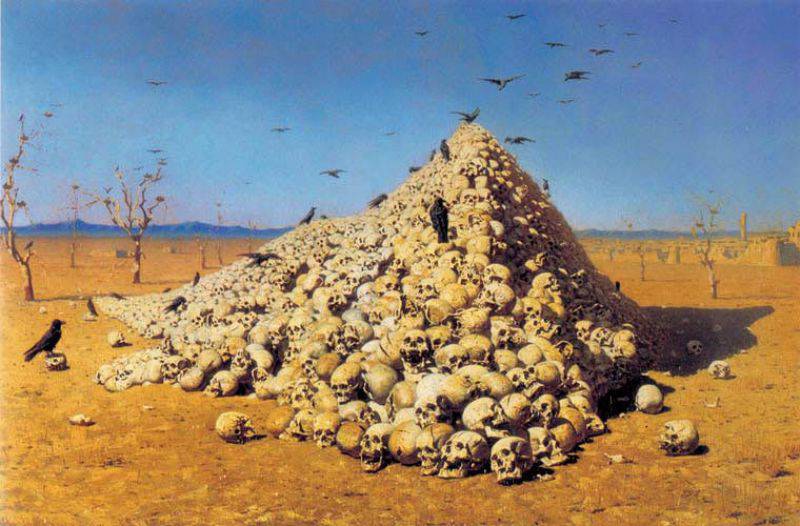 1. In New York, there was once a real war. When the Indians were fed up with the British, who, in general, lived quite peacefully (by mutual agreement) lived in Manhattan, the British found a formal reason: the Indian girl was caught stealing peaches in the garden of a high-ranking Englishman, and the Indians were cut out completely. It went into history called peach war.

2. Because of the brazenly stolen pearl wedding necklace 4, two Viking tribes fought, and it is said that because of this war, there are now Swedes and Norwegians (who could easily have been one people). And, by the way, the necklace was not so beautiful: three strings of coarsely processed freshwater pearls on a leather cord.

3. French and Spanish monarchs simply adored swearing because of women. Either one or the other king seduced someone else's wife or mistress, and, as a rule, it turned out that she was a blood relative of another king. Because of this, at least 4 wars occurred between France and Spain, the longest of which lasted 7,5 years.

4. And the British could not share the land with the Spaniards and the Portuguese. Of course, it’s not a sin to argue, for example, for Africa, but once it turned out quite funny: more than a year 4 bravely repelled the attacks of the Portuguese in the besieged fortress, and then it turned out that the island over which the dispute is going can fit inside this fortress. The messenger did not scale correctly on the map.

5. In Brazil, two high-ranking officials did not share four boxes of contraband Cuban cigars. The war continued on 3,5.

6. In medieval China, 15 thousands of soldiers and officers died in three years due to the fact that in the heat of an argument one aristocrat tugged on the beard of another - the worst insult simply cannot be imagined!

7. And in Africa, to start a war is a couple of trivia. In 1834, one village headman argued with another because of a cow that seemed to have drowned in a swamp, and maybe wild animals ate it, but the shaman said that it was stolen. In general, the war began, and two years later both tribes exterminated each other completely.

8. Japan. Arriving at the talks to the powerful shogun, the ambassadors stopped half a meter farther from the throne than etiquette prescribed, and got up from their knees half a minute earlier when they passed on a gift — brocade-shoes embroidered with rubies. The blood feud of the samurai and the shogun's descendants dragged on for 250 years, as a result of which two thirds of Hokkaido Island were burned and about 150 thousand people died.

9. To which the rulers of the ancient Assyrians were still touchy. The tortoise war, which lasted for almost five centuries, started because a guest from neighboring countries, invited to the palace of the Assyrian king, did not pick up the inlaid tortoise crest from the floor, which, let us say, frankly, was not quite a sober queen.

10. In 1249, a soldier from Bologna fled to Modena, capturing an old oak tub, from which he fed his horse. The authorities of Bologna demanded not to give them a deserter, and a tub. Having been refused, Bologna began a war against Modena that continued the 22 of the year and was accompanied by considerable destruction. A tub still remains in Modena and is stored in one of the towers of the city.

Ctrl Enter
Noticed oshЫbku Highlight text and press. Ctrl + Enter
We are
Reservation. How US Indians survive and try to fight for their rightsThe Battle of Rosebud: Indians vs. Indians
Military Reviewin Yandex News
Military Reviewin Google News
39 comments
Information
Dear reader, to leave comments on the publication, you must to register.