Kazakhstan finally abandoned the Russian missile in favor of the Ukrainian 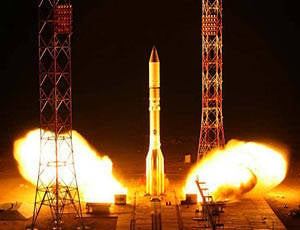 Kazakhstan made the final choice in favor of the Ukrainian launch vehicle Zenit for its space program, abandoning the Russian Angara, the newspaper Kapital reported. Earlier, "New Region" has already reported such an opportunity with reference to the Ukrainian State Space Agency. Yesterday, final agreements were reached between Kazakhs and Ukrainians, and official documents will be signed in mid-October.


“The final decision was made to create a complex at Zenit. This means that the project will be implemented over the next few years, it is faster than on the basis of the Russian Angara rocket, ”said advisor to the chairman of the Ukrainian space agency Edward Kuznetsov.

The Kazakh-Russian project “Baiterek” in question has been implemented since the middle of the last decade. It provides for the creation of a new-generation rocket complex based on the infrastructure of the Kazakh Baikonur cosmodrome. Initially it was assumed that it would be sold under the Russian Angara missile. The first launch from the new site was scheduled for 2012 year, but did not take place.

There are several reasons why Kazakhstan preferred Ukrainian missiles. Firstly, this should reduce the cost of the Baytarek project, the cost of which has already reached $ 2 billion. Secondly, Kazakhstan allegedly decided to speed up negotiations on the use of Zenith after the crash of the Russian Proton-M rocket at the Baikonur cosmodrome, which happened 2 July 2013 of the year.

At the same time, another possible version is being promoted in Ukraine. According to the deputy of the Verkhovna Rada, Anatoly Kinakh, the refusal of the Angara may indicate Russia's unwillingness to share it with Kazakhstan, since it can be launched independently at the Vostochny cosmodrome in the Far East under construction.

Ctrl Enter
Noticed oshЫbku Highlight text and press. Ctrl + Enter
We are
The action “Military service under the contract is your choice!” In Rostov-on-Don: future contract servicemen, exhibitions and “Russian Knights”New attempt to divide Baikonur
152 comments
Information
Dear reader, to leave comments on the publication, you must to register.